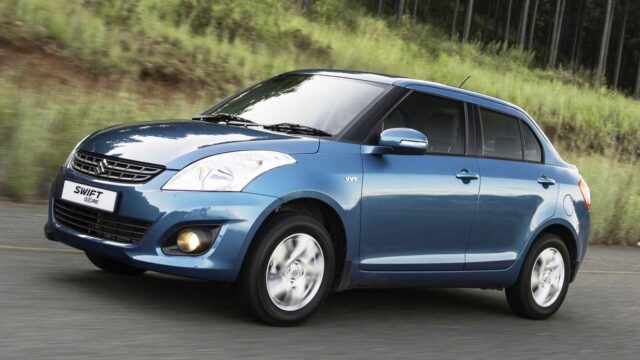 There is a new Maruti Suzuki Swift in the making, spy pics of which undergoing tests in Germany have reached the online domain. The official launch of the popular hatchback is already expected to take place during the 2016 Paris Motor Show slated in October.

Not surprisingly, the test mule of the model is shown donning heavy camouflage even though the new design and style theme is amply evident. What is apparent right away is that the new Swift will not be markedly different from the current version but has its exteriors tweaked that provide it with a fresh new twist.

Among the changes to look forward to includes the roof line that is a bit more sloping this time along with a broader shoulder. The test car also had alloy wheel at all corners complete with a disk brake setup for each. That said, there is no guarantee the actual road going version in India will be running on alloys and have disc brakes all round. Interestingly, the rear door handle is now placed along the sides similar to that seen on the Chevrolet Beat. The characteristic headlamps with its swept back stance will also be there on the new Swift though there is a fresh redesign in place. For instance, it is now a projector headlamp that can be seen while the turn indicators will be integrated with the headlamps. The headlamps will also come with daytime running lights while the car also features a new sporty front bumper with round fog lamps along the edge.

Moving over to the rear, it is the new windscreen wiper that catches the eye right away along with a bigger bumper. The tail lamps too will be of the same wraparound design but of the more boxy type. Also, it’s LED ruling the roost here, from the roof mounted stop lights to the tail light cluster.

The interior will feature a new steering wheel that does look nice. Also, it’s a black color theme applicable on the inside with silver trim running along the length of it providing the contrast. The instrument cluster looks fresh too but heavily influenced from that on the Baleno.

Rumor also has it that engineers have managed to shed some 50 kilos off on the new model. While that might not make a huge difference though that is still believed to aid in sportiness attribute of the new 2017 Swift. Plus, reduced weight should also allow for better fuel efficiency and handling though nothing definite is known on these as yet.

The Swift has always been among the best-selling models in its segment and the new 2017 Swift is only expected to carry forward the reputation all the more.