Facebook is at the helm of setting up a new initiative thanks to its grand plans to probe the stars. The project which will be undertaken in partnership with Russian billionaire, Yuri Milner will cost an enormous amount of $100 million according to Facebook CEO, Mark Zuckerberg. Renowned physicist, Stephen Hawking will also be part of this project. It will involve sending off tiny space probes towards the Alpha Centauri, the nearest star system to ascertain the possibility of having alien life in space.

Several other experts are into this project whereby the company will undertake the building of the tiny probes that will be called nanocrafts. They will weigh less than an ounce which will make it possible for them to travel at a speed as fast as 20% of the speed of light which translates to around 100 million miles per hour. They will receive light transmitted from earth which will enable them to save on fuel while exploring the space.

In an official post on his Facebook wall where he made the grand announcement, Zuckerberg explains that even the fastest spacecraft may not reach Alpha Centauri, which is 4.3 light years which translates to 25 trillion miles away from the Earth. Well, the probe could probably take 30,000 years to get there.

The idea of the nanocrafts is awesome instead of using large spacecraft or people having to travel to space. And as a result of the application of high speeds, the tiny bots take about 20 years to reach Alpha Centauri. 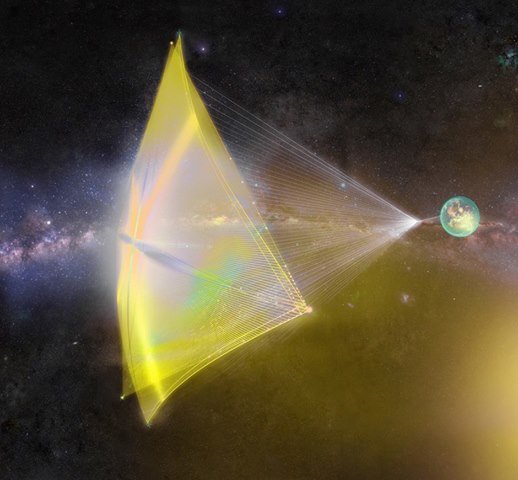 Mark is emphasizing on the need to embrace new ways of exploration the extraterrestrial world. He says he very proud of the current collaboration with Milner and Hawking, which is equally important especially with the recent research which has revealed that many stars have planets within a distance that can sustain life since they could be having water.

So far, Mark Zuckerberg is feeling confident about the latest initiative and is optimistic that it will yield amazing results.