The upcoming V30 smartphone of LG Electronics is confirmed to have a f/1.6 aperture lens for one of its dual camera set-ups, allowing the pictures and videos to be brighter and more real-like. In an official event today, the South Korean giant has confirmed about the most desirable feature of its V30 handset, which is slated for wrap off on 31st of this month.

As the smartphone market is slowly becoming fiercer and camera quality is considered to be a game changer feature for every handset, the South Korean Multinational – LG Electronics Inc. has declared its next premier handset to be the first smartphone to ship with F/1.6 Lens Aperture. While the cameras of the current market’s best smartphones like Apple iPhone 7 sit on f/1.8 lenses, LG V30’s f/1.6 lens aperture is designed to provide 25 percent more light so that the quality of the pictures can be optimum. 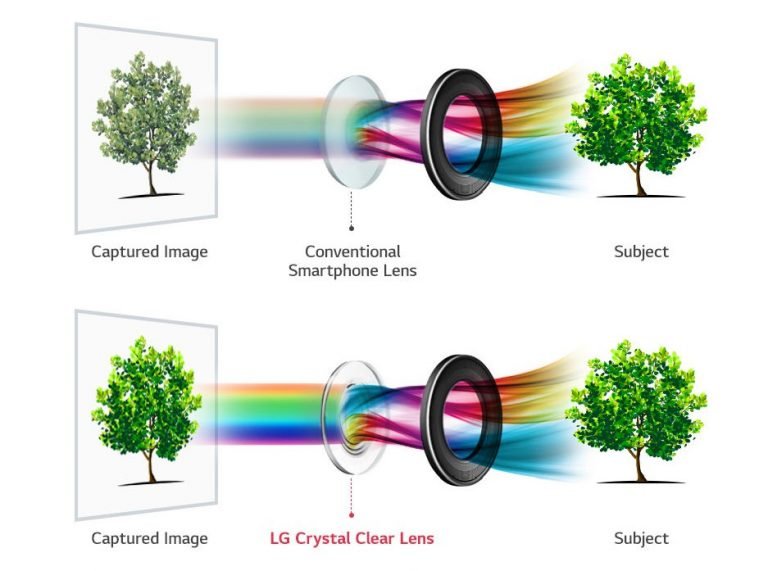 As officially confirmed by the South Korean Electronics Brand, the LG V30 will mark its commercial debut on 31st August at IFA in Berlin. And by revealing the biggest selling point of the phone few weeks ahead of the launch, LG is making sure that the phone starts taking the market by storm before its launch.  LG V30 will feature a dual camera on its back panel, one out of which will feature an ordinary angle and will use the f/1.6 aperture lens, while another will be a wide-angled snapper.

Handsets like Galaxy S8 and HTC U11 with f/1.7 aperture lenses, G6 with a f/1.8, and the Google Pixel with a f/2.0 lens were shipped earlier. But LG V30 is the first phone to bring highly advanced f/1.6 aperture lens to the table. Apart from this crucial feature, the upcoming handset of LG is also confirmed to ship with features like 6-inch Full Vision QHD+ P-OLED display, Snapdragon 835 SoC processor, and 3200mAh battery.

In terms of the storage facility, the LG V30 will come in three variants like 32GB, 64GB, and 128GB ROM with 4GB/6GB RAM. With Dual 13 MP rear snapper and dual flash; the phone’s front panel will host an 8-mp selfie camera. With expected color variants of Titan, Silver, and Pink, the phone will hit the commercial market on 31st August.