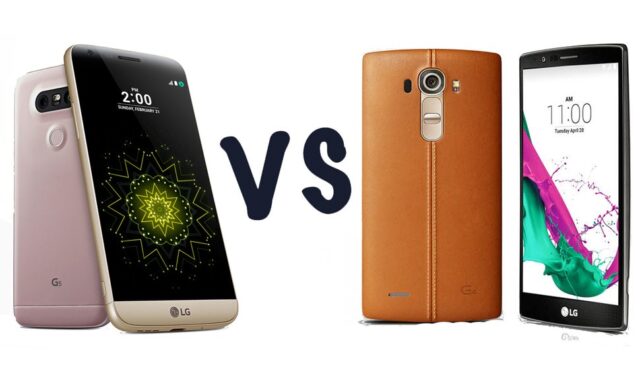 LG introduced a higher-spec variant of the G4 smartphone this February during the MWC 2016 event. Although the phones are from the same flagship, LG has not only redesigned the looks of the G5 but also changed its approach to functionality too.

The LG G4 is much thicker than the LG G5, measuring 9.8 mm in thickness and is slightly lighter than the LG G5 weighing 155 grams which is 4 grams less. The phone comes along with a 5.5” display screen and a Qualcomm Snapdragon 808 chipset with an Adreno 418 GPU kit. 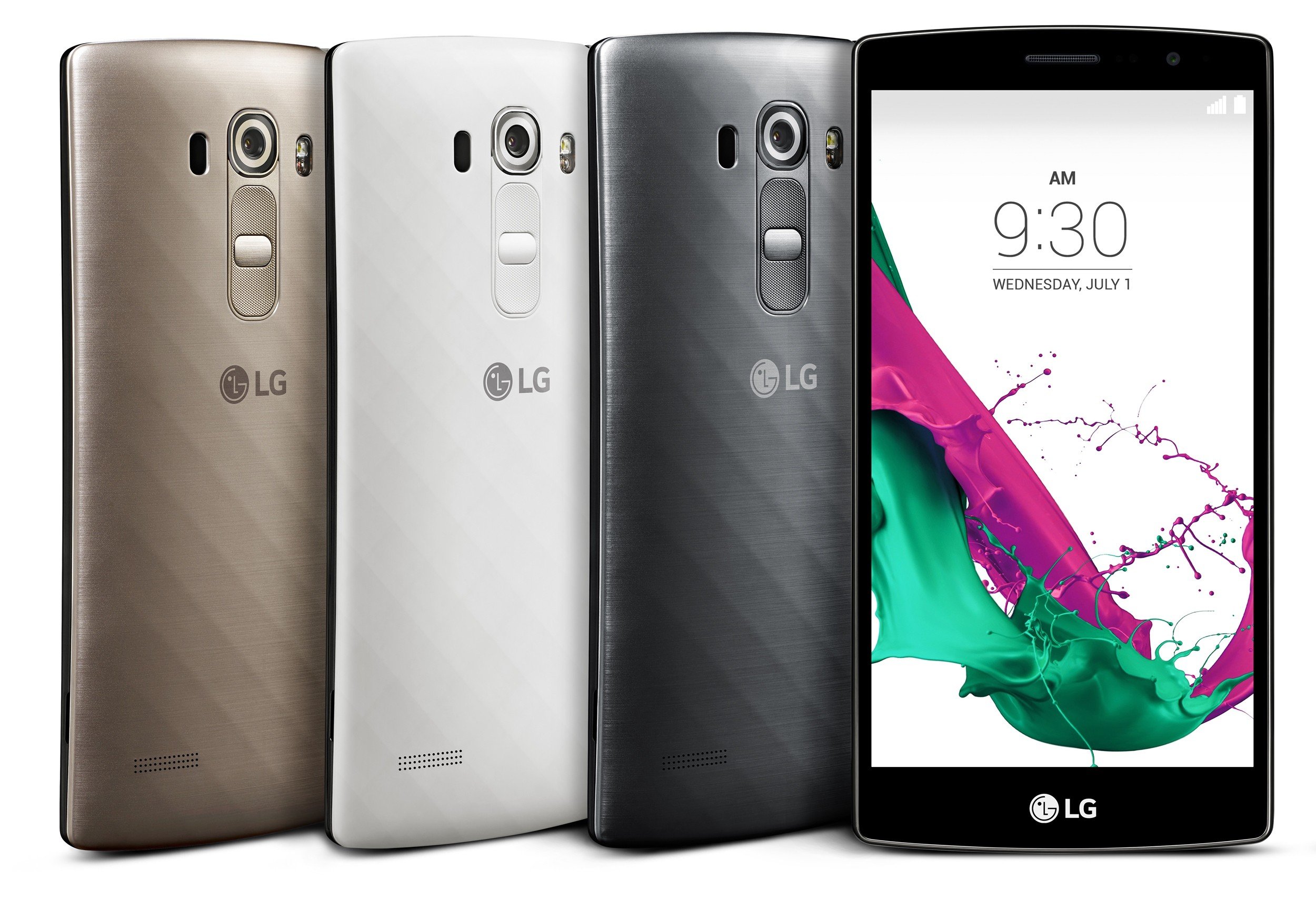 The smartphone houses a 3GB RAM, and its storage memory can be expanded externally up to 128GB. The phone has a 16MP camera at the rear with auto-focus and an 8MP camera in the front. It is fashioned with a 3000mAh battery which is 200mAh more than the LG G5 and ships with Android’s Lollipop 5.1.1 loaded onto it.

The LG G5 boasts 5.1-inch display screen and with upgraded hardware, like a Qualcomm Snapdragon 820 chipset with an Adreno 530 GPU kit. The phone houses a 4GB RAM and its storage memory can be expanded up to 200GB, which is more than the G4 supports. 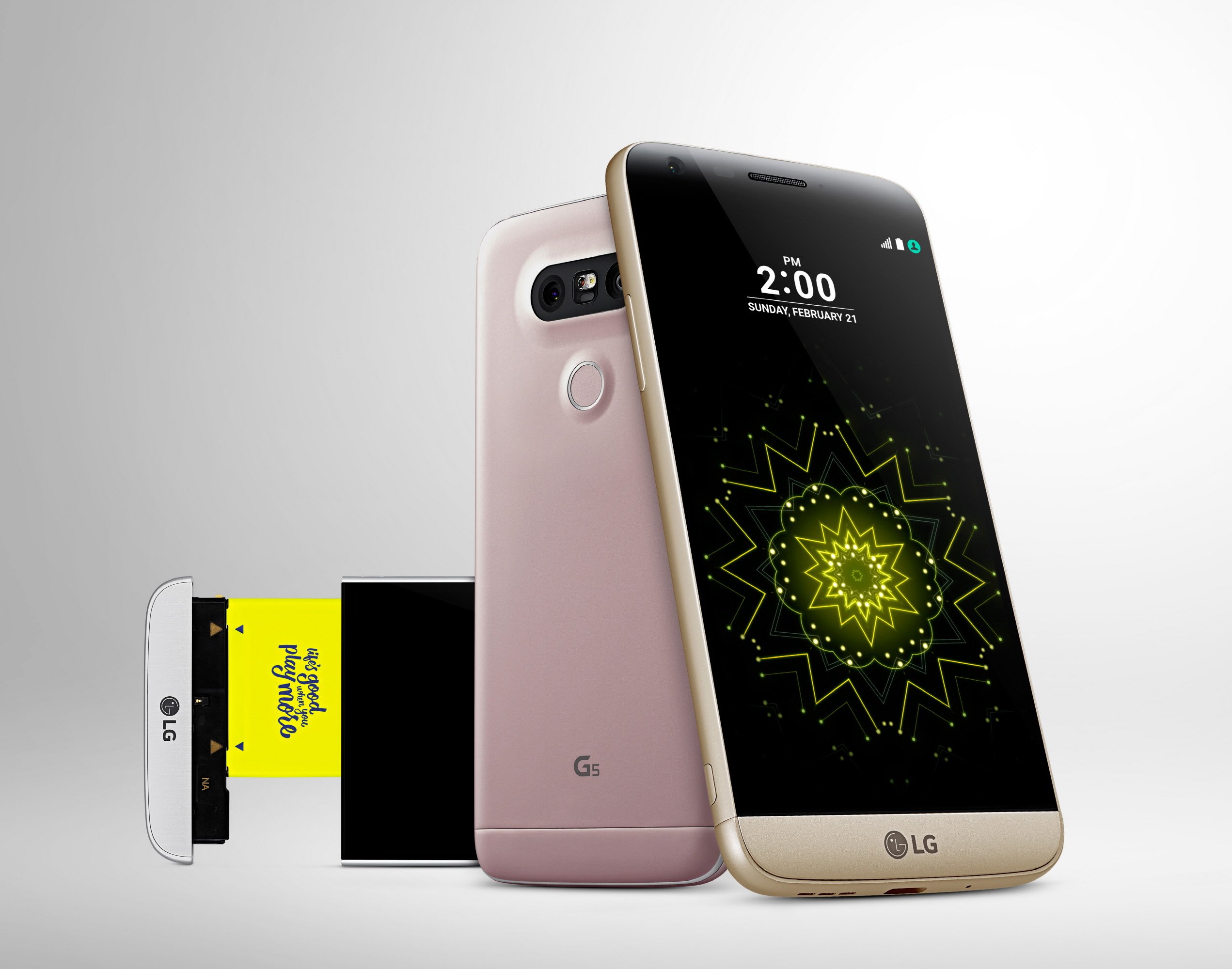 The LG G5 comes with the same 16MP camera at the rear and an 8MP front camera. The phone is powered by a 2,800mAh battery and will ship with Android’s latest Marshmallow 6.0 loaded onto it.

The LG G5 has a new feature ‘Always-On’ which keeps your screen dimly lit so you can read new notifications without having to wake your phone repeatedly. This is said to bring great advantage to battery performance. Another change on the LG G5 is that the fingerprint sensor is now circular and not an oblong tile and is situated in the same place as on the LG G4.

Although the hardware upgrade may not seem game changing, the modular build of the G5 makes it interesting. The phone allows you to swap the battery from the bottom with a supported module that enables the utility to audio playback, photography, and entertainment.

The modules are currently built by LG and called ‘LG Friends’, but we hope to see support for third party modules soon. Some of the ‘LG Friends’ include the LG Rolling Bot, B&O Hi-Fi Plus, LG 360-Degree Cam and LG 360 VR.

The 32GB variant of LG G5 is available to buy for $624 in the market. You can look forward to having the new LG G5 in the colors of Titan, Gold or Silver.