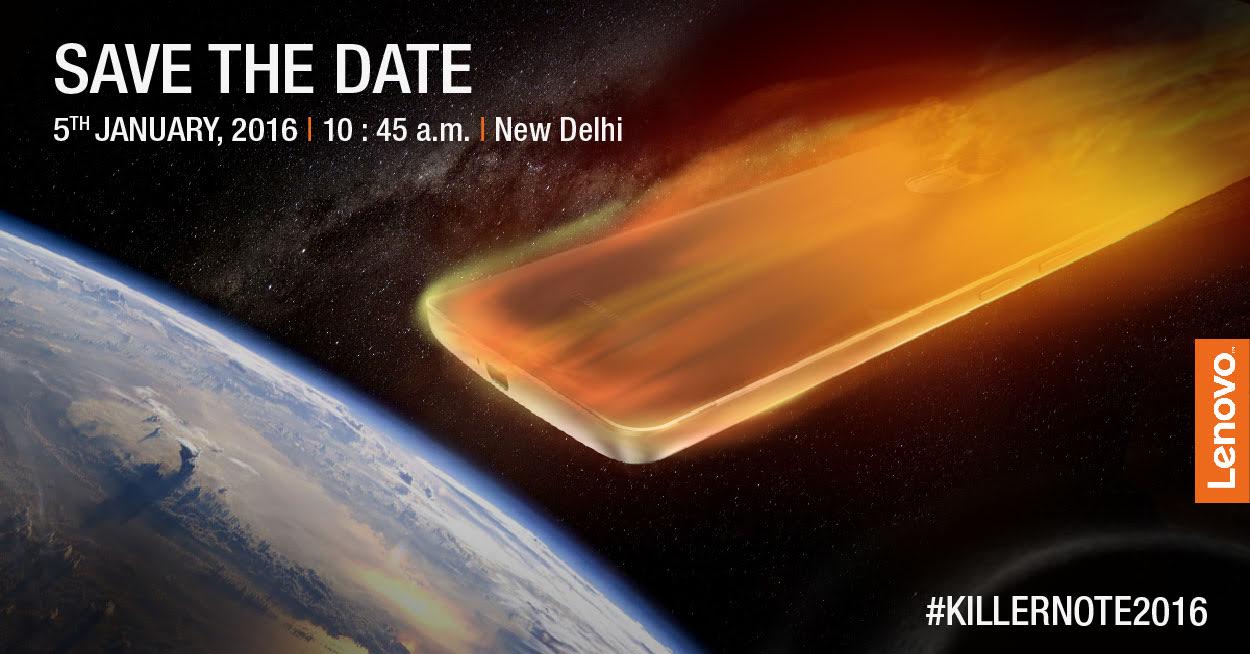 Lenovo K4 Note will be launched on January 5, 2016 with 3GB RAM as per the company’s official teaser on Twitter with #KillerNote2016.

However, we have a confirmed report stating Lenovo K4 Note will come equipped with 4GB RAM, not 3GB.

Lenovo is expected to unveil the device during CES 2016 and will be making it available in India right away. The K4 Note is supposed to be designed using a metallic frame with a fingerprint scanner.

The device will be most likely powered by a MediaTek Helio X10 processor and will consist of 32GB of internal storage.

The previous counterpart K3 Note had only 2GB of RAM. The new version is expected to target gaming community. Lenovo doesn’t usually advertise the specifications before the official release.

This trend has been changed to create hype among the tech community. We don’t have any other information regarding the configuration at this point of time.

The Lenovo K3 Note had a 5.5 inch Full HD display with a pixel density of 401ppi and Android 6.0 Marshmallow. We expect Android M in the upcoming Lenovo K4 Note with upgraded version of Vibe UI.

We don’t expect any changes in the imaging department and it will have 13MP primary and8MP front facing the flash camera.

As mentioned above, Lenovo K4 Note will have 32GB storage capacity that will be expandable up to 200GB.

We also expect a battery that is higher than 3100mAh. The weight of the phone should be less than 150 grams to beat the competition.

Our source also confirms that Lenovo K4 Note will be sold a bit costlier than Lenovo K3 Note and is priced somewhere near to the K3 Note Music edition i.e. Rs 12,999.

The phone is scheduled to launch on 5th January, 2016 in New Delhi, India.