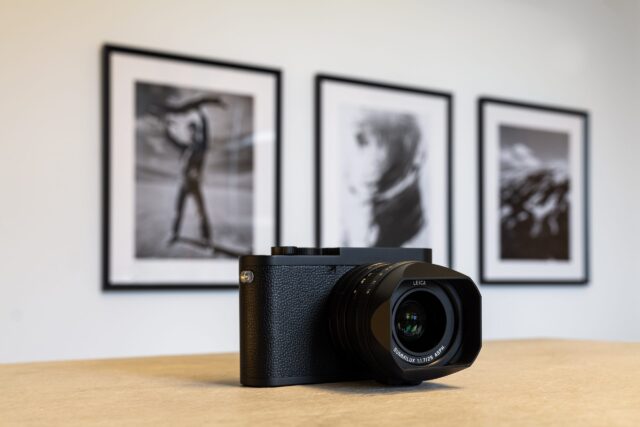 How about a camera that costs as much as a decent entry-level hatchback? That’s the way it is with the new Leica Q2 Monochrom that is priced Rs. 4,11,000 here in India excluding GST, which means the final price is going to be even more.

However, there sure is a lot that the new Q2 Monochrom has to offer in terms of picture clarity and everything else, even if all of it is limited to just two colours – black and white. Technically, the new Q2 can be considered further evolution over the Leica Q2 full-frame camera that the company had introduced back in March 2019.

However, unlike the Leica Q2, the Q2 Monochrom comes with just a black and white image sensor. That makes it to operate in an extremely niche segment and is likely to be picked up by those who know what they are up to and have more than a fair bit of knowledge about monochrome photography. That way, the new Q2 Monochrom is in the league of the M10 Monochrom that too shoots in black and white.

Coming to its specs, the Q2 Monochrom comes across as a fixed lens camera with a 47.3-megapixel CMOS monochrome sensor that has been designed specifically for it. The sensor however works in collaboration with the Summilux 28mm f/1.7 ASPH. prime lens that we have seen on the Leica Q2 range.

The monochrome sensor also ensures the camera is capable of ISO 100,000 max. The autofocus is improved so that it can lock onto the subject in just 0.15 secs. There is a digital zoom function of up to a max of 75 mm. Other features of the camera include a 3-inch TFT touchscreen along with an OLED viewfinder having a 3.68 MP resolution.

Also, it being a monochrome camera, the menus are a lot simpler as there only are settings relevant to black and white images. That includes only three colour filers – blue, sepia, and selenium that apply to monochrome photography. Everything else shares a lot of similarities with the company’s standard Q2 range of cameras.

There also is the Leica FOTOS App that the company offers, and which can be used to share your pictures on social media or anywhere else easily. For this, the camera also features an integrated Wi-Fi module as well which makes it possible for the camera to communicate with the app seamlessly. You have the option to change various camera settings along with even the shutter release, which can be actuated via the app. The Bluetooth LE lets the camera to have a permanent connection between the camera and the smartphone.

The new Leica Q2 Monochrom is available for sale from the Leica Store India, Connaught Place, New Delhi. It can also be ordered online via the company’s online store in India.