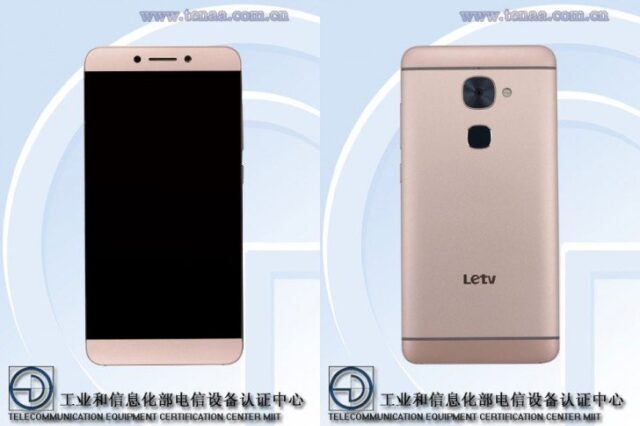 LEco Le 2 is expected to be launched in India in the second week of May 2016. According to PC-Tablet sources, LeEco has planned to launch a new “superphone” in India nearly two weeks after the official launch in Beijing. Recently, the Chinese telecom regulator TENAA has certified the handset and ever since rumors are fast spreading regarding its official launch.

Equipped with a square shape fingerprint sensor, the front side of the handset with the codename Le X621 looks similar to that of an image leaked nearly one month ago.

On the specifications front, LeEco Le 2 will feature a 5.5-inch FHD display, deca-core MediaTek Helio X20 chipset, 3GB RAM and 32GB of internal storage. While the primary camera will be equipped with a 16-megapixel sensor compared to 13MP in Le 1s, the front-facing camera offers an 8-megapixel sensor with support for LED flash.

LeEco Le 2, meanwhile, will be powered by a fast charging 3000mAh battery loaded with Android 6.0 Marshmallow out of the box. We don’t have sufficient information about the version of the flagship EUI interface. According to unconfirmed sources, the UI will offer themes specific to Indian festivals.

As usual, the DTS enabled speaker grills will be located on the top of the device since we are unable to find any holes on the rear of the device. The fingerprint sensor integrated with Le 2 is expected to be equipped with advanced features and is stated to be that of ultrasonic variety.

LeEco has already established a name in every household by introducing quality products. As of reporting this, there are only three smartphones available from the company, but the devices gained enormous popularity due to massive campaigns.

During the special LeEco Day, organized twice per month, the company offers exchange offers including exclusive discounts if purchased through a particular bank debit and credit card.

LeEco is planning to launch exclusive malls in India through which customers can purchase not only flagship superphones but also accessories.