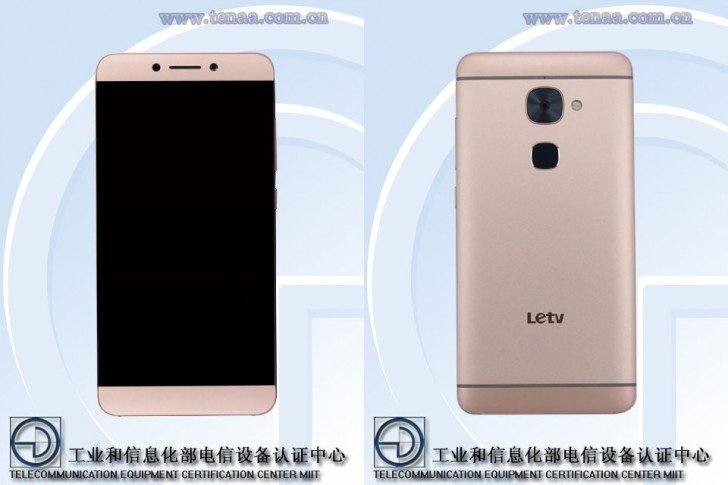 LeEco Le 2 is expected to be launched on April 28 in Beijing. According to PC-Tablet sources close to the company, LeEco has planned a launch event on April 28 to take place in Beijing since Chinese telecom regulator TENAA has already certified the handset.

Interestingly, the images supposed to be originated from TENAA surfaced on a popular tech portal. Even though the smartphone looks same as we saw in a leak one month ago, there is a significant change in the rear side and it looks more consistent with the Le Max Pro we saw a couple of months ago.

With a big camera sensor in the middle with LED Flash and a square shape fingerprint sensor, the Letv brand has been imprinted on the back with the name LeEco likely to find its way on the rear side in the final release.

Codenamed as Le X621 on the official TENAA listing, the LeEco Le 2 features a 5.5-inch FHD display, a deca-core MediaTek Helio X20 chipset, 3GB RAM and 32GB of internal storage. Instead of 13MP primary camera in Le 1s, the Le 2 is likely to be equipped with a 16-megapixel rear camera coupled with an 8-megapixel front-facing camera.

With 4G dual-SIM support, the Le 2 will be powered by a 3000mAh battery and sports a thickness of 7.7mm with 153 grams. The handset is likely to be shipped with Android 6.0 Marshmallow, but there is no confirmation about the version of the EUI skin on the top.

We are unable to view speaker grills on the rear of the device and hence they will most likely occupy the respective positions on the top of the handset like in Le 1s.

Based on the information available based on the leaks so far, the fingerprint scanner on the Le 2 will offer advanced features and is claimed to be of “ultrasonic variety.” Like in Le 1s, Le 2 also will have a USB Type-C port, which is used to charge the device in less than an hour.

According to our sources, LeEco Le 2 will see the launch date in India sometime in the second week of May 2016.