A recently filed trademark filing of Apple with Application Number – 303906667 has revealed the possible symbol, “8” for the next iPhone aka iPhone 8. According to a trademark filing, the Cupertino-based tech giant may already have a logo in mind for the iPhone 8. Interestingly, the latest rumor was leaked out by Patently Apple, which is well known for exposing credible leaks.

Reportedly filed in Hong Kong on September 24, the “8” logo is designed and crafted from colored circular bars similar to those found on Apple’s Activity app. According to Patently Apple, Apple has filed two separate trademark requests in Hong Kong. 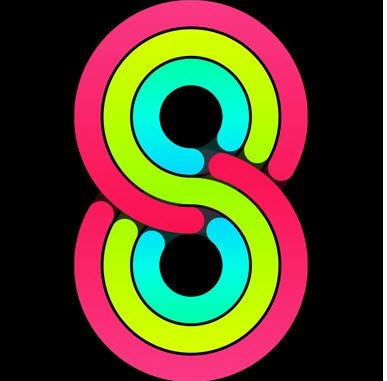 The patent application clearly signifies that Apple has used black, pink, red, green and turquoise blue as elements of the trademark. We guess that this could be possible colors of iPhone 8 variants. Moreover, the address on the trademark filing points out the exact physical address of Apple. 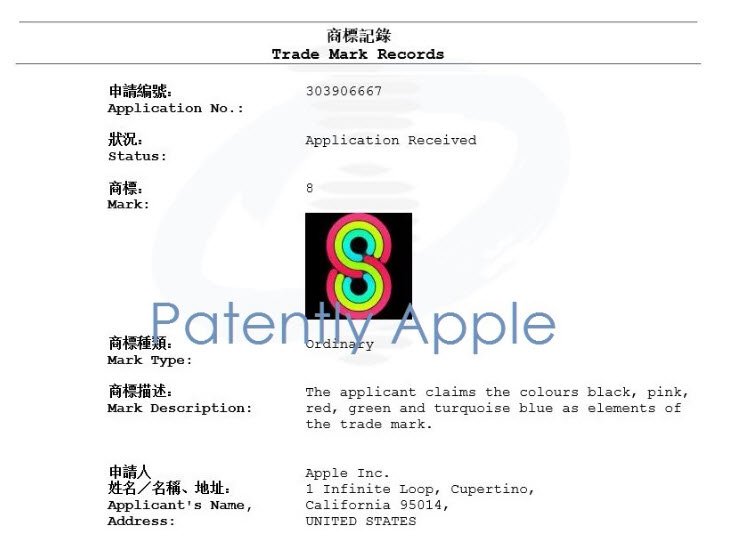 On the other hand, the second request was filed under International Class 45, which covers personal services. It also provides consumer-centric information for both online and in real life. This signals the fact that the upcoming iPhone 8 will ship with massive features not found in the previous counterparts.

One of the trademark filings was filed under International Class 9 which covers everything under the sun.

Meanwhile, Apple declined to reveal any information about the filing. Apple is planning to launch another launch event in October, where iPhone 7 and iPhone 7 Plus will be released in India and other countries not covered in the first and second phases. According to industry analysts, the second launch event will also witness the arrival of new variants of the MacBook.

When the recently released iPhone 7 has not hit the retail stores in few countries like India, Apple is gearing up for the release of iPhone 8.