The InFocus M810 was launched almost a year back globally and has finally made its way to India. The smartphone boasts pretty cool specs and features. Boasting of “Hand-crafted matte metal” frame and shiny glass cover on the back, it is mere 6.99mm thin and weighs 156 grams.

On the camera front, the InFocus M810 comes equipped with 13MP Autofocus camera with dual LED flash support and a 5MP front-facing camera. The smartphone runs on the latest Android 5.0 Lollipop OS with InLife UI. 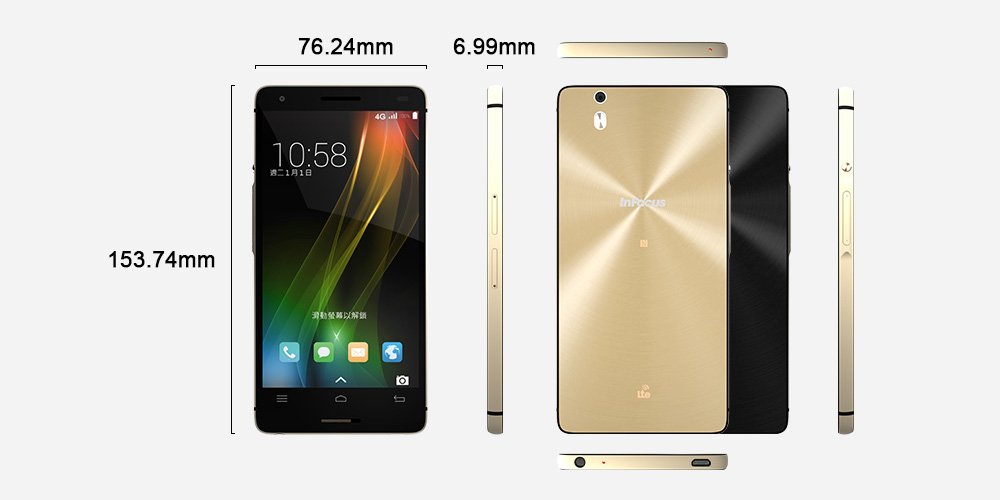 In the press release, Company Head of InFocus India – Sachin Thapar said, “The premium device aesthetics of the M810 delight and enchanted like nothing else in the market. The phone is the result of a relentless pursuit of design and visual excellence.”

Dipped in Solitary Gold, the InFocus M810 will be exclusively available on Amazon.in with a price tag of Rs. 14,999. At this price, it contends with Xiaomi Mi 4, Lenovo Vibe X2 and Asus Zenfone 2.