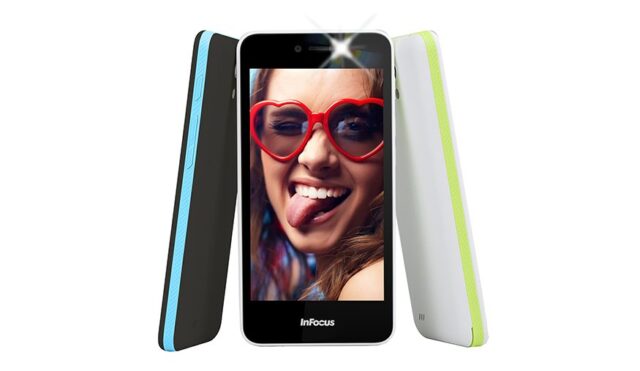 InFocus launched Bingo 10 with 1GB RAM and Android 6.0 Marshmallow at Rs. 4299. Touted as a smartphone for budget users and exclusively available on Snapdeal on open sale from March 21, Bingo 10 comes in both White and Black color variants with Green and Blue twists respectively.

Commenting on the launch, Sachin Thapar, Country Head, InFocus India said Bingo 10 is specially launched with a sole aim to provide a great user experience for smartphone users within the age group of 15 to 24 years. Moreover, the company is committed to bringing the taste and flavor of Marshmallow to budget users, which is still reserved for high-end premium smartphones.

Both primary and front-facing shooter comes with 5MP sensor with support for flash light, face recognition. Moreover, the front camera provides an ability to zoom up to 4X with video capturing at 30 fps. The Samsung module, which was seen incorporated in the Bingo 50 released last week is missing in Bingo 10, which is evident from the price of the device.

Noticeably, the 4G support is missing in Bingo 10 although the handset offers support for 3G connectivity including Wi-Fi, Bluetooth, GPS, A-GPS, USB, and Wi-Fi Direct.

“The main aim of InFocus is to manufacture smartphones which not only provide productivity but also has a fun element to it. With the help of 1GB of RAM, 5 MP selfie camera with LED Flash, Face recognition, Beauty shot and Photo enhancer, young smartphone users will be able to leverage the full potential of Android M in a budget they can afford,” adds Thapar.

In sharp contrast to previously released Bingo 50, Infocus Bingo 10 is available on open sale. However, the company is not offering freebies like selfie sticks and flip covers.