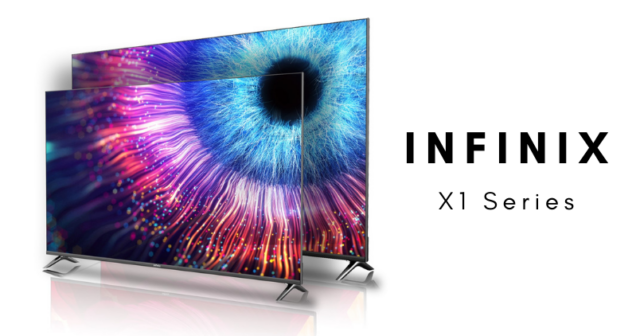 Infinix, the China-based company known for its affordable range of smartphones in India has now branched into the equally competitive Smart TV segment in India with its new X1 range of TVs. The X1 series right now comprises of a 32-inch and 43-inch Smart TVs with the company also offering its Snokor Soundbar system as well to go with the TVs.

Of the two TVs. the 32-inch model offers HD resolution while the 43-inch model supports full HD displays. Both the TVs otherwise have a refresh rate of 60 Hz and are HDR10 compliant. Another huge positive of the TVs include its TUV Rheinland certification which makes it safe for the eyes. Then there also is the Epic 2.0 Enhancement engine that allows for picture clarity of the highest order.

Coming to the sound output, the 32-inch model comes with integrated 20W speakers while the bigger 43-inch model offers 40W speakers. Both models however have support for Dolby Audio. Among the other common feature of the TVs include a 64-bit MediaTek processor that is mated to 1 GB RAM and 8 GB of onboard storage.

Both the Infinix TVs run Android 9.0 and come pre-installed with streaming apps such as YouTube, Netflix, Prime Video, and such. The TVs also support Google Assistant as well, besides being compliant with Chromecast, Airplay, and Miracast.

The X1 32-inch model is priced aggressively at Rs. 11,999 while the bigger 43-inch version will set you back Rs. 19,999. No firm launch date has been announced as yet though that is expected to happen sometime soon.

The Snokor soundbar from Infinix offers a max sound output of 60W thanks to the array of four 2.5-inch speakers built inside. The soundbar also features a 2.5-inch LED display and connects to the TV, or for that matter, any compatible devices, via Bluetooth 5.0. Besides, the soundbar also offers an HDMI port, an AUX port along with a USB port and Coaxial outlet.

The Snokor soundbar is priced at Rs. 4,499 though here again, there is no word yet as to when it is going to launch in the country.