The Chinese giant Huawei has now launched the Huawei Y6 Pro (2019), Huawei Y7 Pro (2019) and Huawei Y9 (2019) smartphones in Sri Lanka. Notably, the new Y6 Pro and Y7 Pro feature a dew-drop notch and leather-finish back whereas the Y9 (2019) packs a traditional notch and quad cameras as its main highlight. All the three devices are successors to their respective 2018 models.

The Huawei Y6 Pro (2019) features a 6.09-inch FullView Dewdrop display with an HD+ resolution of 1520 x 720 pixels. The phone further touts an aspect ratio of 19:9, thanks to the small water-drop notch up front. As mentioned, the handset gets a textured leather finish at the back, available in Amber Brown and Midnight Black colour options.

Under the hood, the Y6 Pro (2019) gets 3GB of RAM and 32GB of onboard storage which can be further expanded up to 512GB via a microSD card. That being said, the company is yet to reveal the processor being used with the smartphone.

In the optics department, the Huawei Y6 Pro (2019) bears a single 13-megapixel shooter with f/1.8 aperture at the back. Up front, there’s an 8-megapixel shooter for selfies and face unlock feature. Huawei is also touting the Selfie toning flash 2.0 for better low-light imaging.

On the software front, the handset runs latest EMUI 9 on top of Android Pie. Whereas, a 3,000mAh battery, coupled with AI power management backs all of this. Note that the phone lacks a fingerprint scanner and relies on face unlock instead. Additional features like Huawei Super Sound are present onboard.

Under the hood, the handset gets powered by Qualcomm Snapdragon 450 SoC, coupled with Adreno 506 GPU, 3GB and 32GB internal storage. Storage can be expanded further up to 512GB via a microSD card.

Unlike the Y6 Pro (2019), the Y7 Pro (2019) gets an AI-powered dual camera setup at the rear. The same comprises of a 13MP primary shooter with f/1.8 aperture, aided by a 2MP secondary shooter. For selfies, we have a 16MP shooter housed in the dew-drop notch. 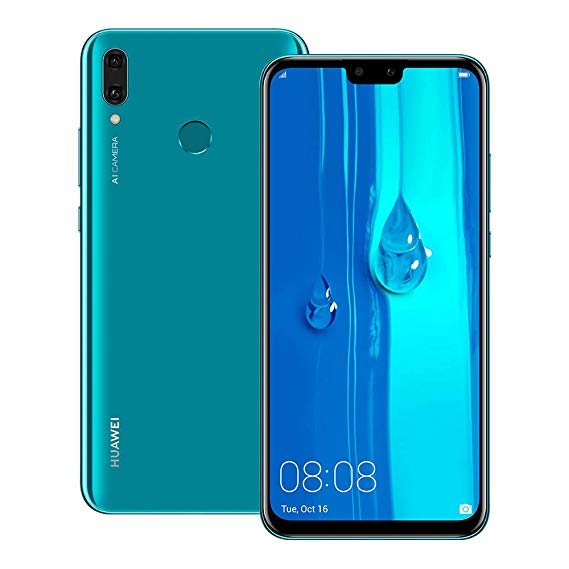 Powering the phone is the octa-core HiSilicon Kirin 710 SoC at its core. We’ve previously seen this chipset on Honor 8X and recently launched Honor 10 Lite smartphones.

On the camera front, the Y9 (2019) sports a total of four cameras. The same includes a 13MP primary shooter with f/1.8 aperture bundled with a 2MP (f/2.4) secondary unit at the rear. It is further accompanied by yet another dual camera set up at the front, comprising a 16MP (f/2.0) sensor alongside a 2MP (f/2.4) shooter.

The handset runs EMUI 8.2 on top of Android 8.1 Oreo, backed by a massive 4,000mAh battery. Not to mention, the phone also has a fingerprint scanner at the back. Extra features include AI Power Management, GPU Turbo and Game Assistant 2.0.

All the three devices have been introduced to the Sir Lankan market. However, the company is yet to announce the pricing information of the handsets. We’ll keep you updated with the same. Stay tuned.