After flooding the market with smartphones last year with some successful releases, Honor is all geared up to update their past lineups. We saw the Honor 8X & 8C launch in the last few months and now we have the Honor 10 lite. The newer smartphone carries the brand signature traits like the glossy gradient backs and builds upon it.

Honor has always been known for their design and especially the Gradient paint job that has taken the smartphone industry by storm. The Honor 10 Lite follows the same approach and comes in three colors. Unlike the Honor 8X which had a glass back, the 10 Lite uses a clear polycarbonate back with the reflective design underneath. The outer frame also has a glossy silver finish complementing the overall design. 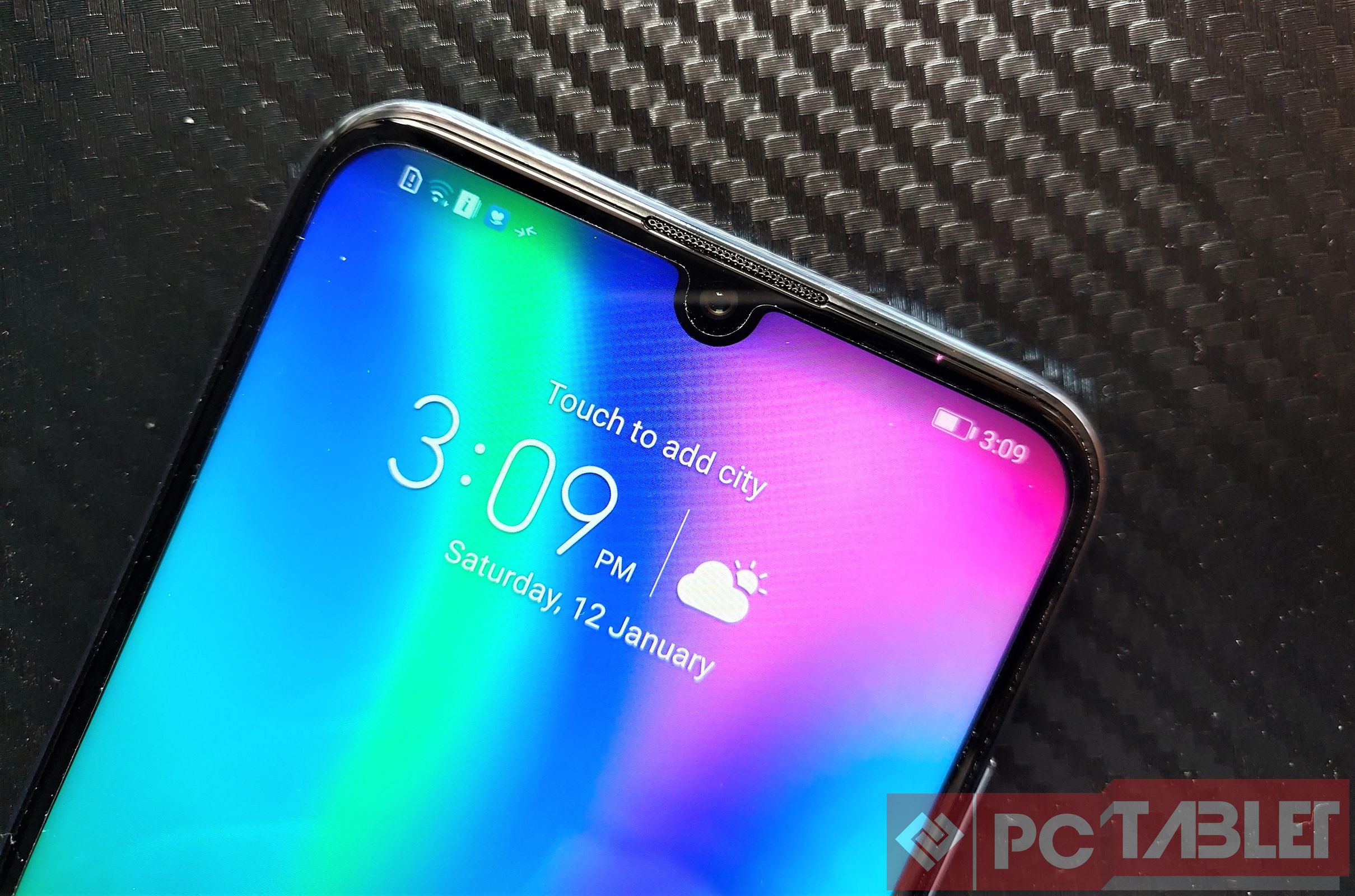 The whole construction is carved out of plastic which is similar to what we saw on the Honor 9 lite. Due to its plastic construction, the back is prone to smudges and scratches, so we recommend using a case on this one & the brand does indeed supplies the phone with a TPU case. 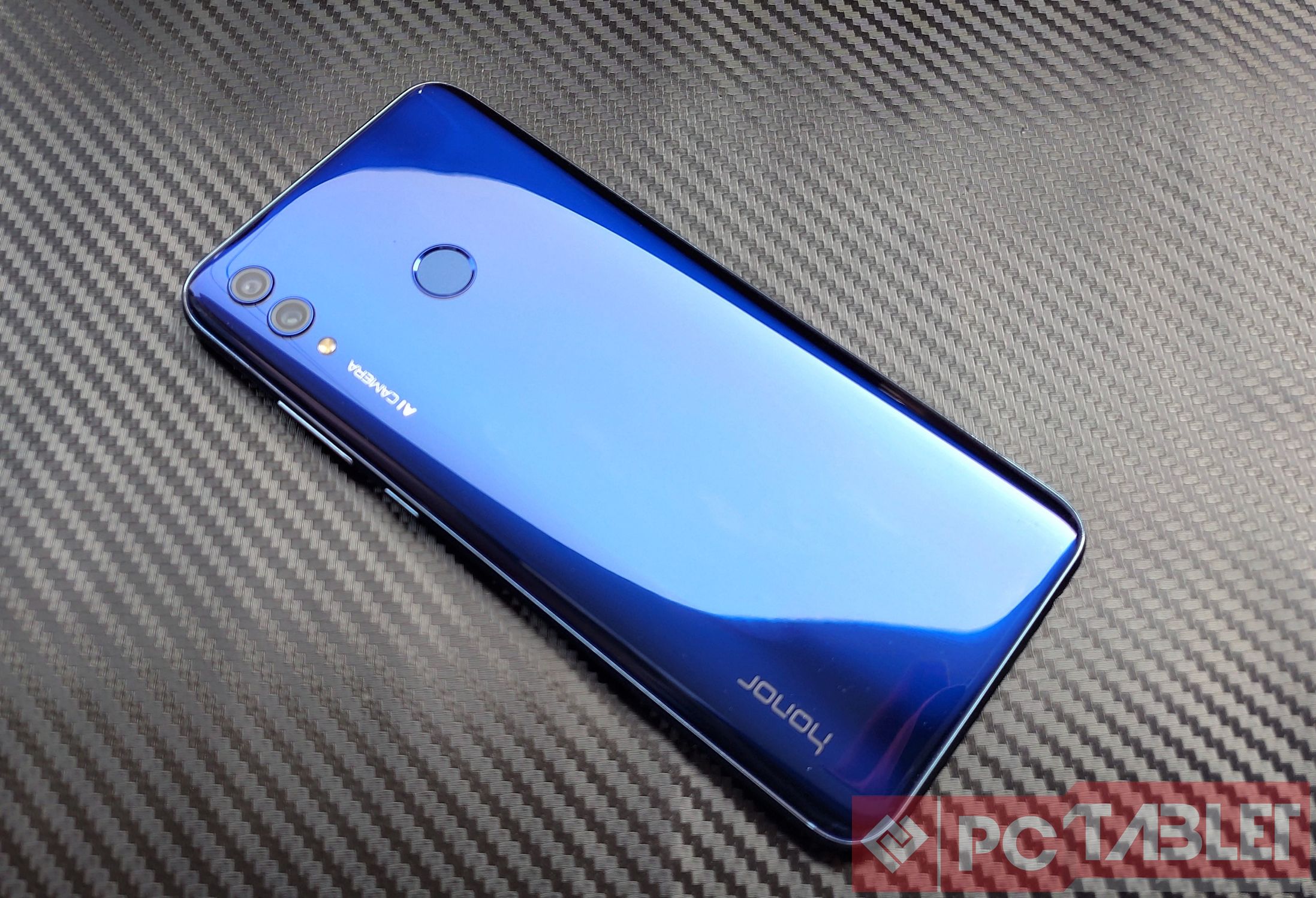 There is a dual camera setup on the back along with the fingerprint. The triple slot tray is on the top along with the secondary mic. The right side houses the volume rockers and the power bottom while the 3.5mm audio jack, microUSB port, and the speaker grill are on the bottom. Turning the phone reveals the gorgeous 6.2-inch display with a teardrop notch and minimum bezels.

The Honor 10 lite features a 6.21-inch FHD+ display with a 19.5:9 aspect ratio. This is the first smartphone from the brand to use the newer Water drop notch and Honor has trimmed off quite a lot of bezels and has even kept the notch to a minimum. Honor has a good track record of using one of the best displays in the market and the same goes for the Honor 10 lite.

Though the display might feel a bit oversaturated in the default settings, you can, however, tweak it from the settings. The FHD+ resolution is plentiful and you won’t notice any pixilation and it makes perfect for content consumption. Honor 10 lite does not come with the widevine L1 support so you won’t be able to enjoy HD content from apps like Amazon and Netflix which is the complete opposite on the slightly pricier Honor 8X. 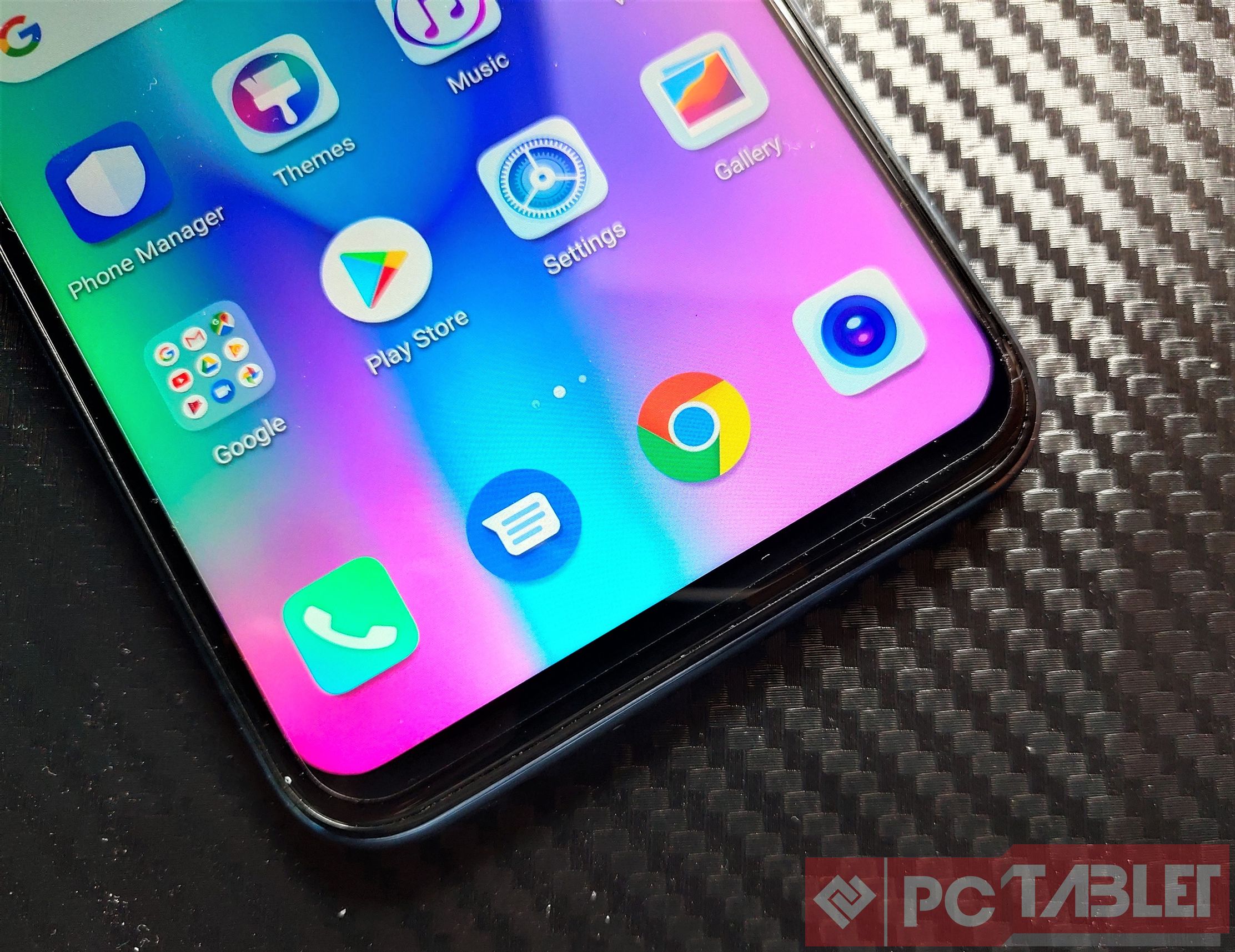 When it comes to the overall brightness, it is not the best in the business but you are still able to use the phone outdoors.

Like most Chinese OEM’s, Honor smartphones come with their EMUI custom skin on top of Android. The 10 lite is the first smartphone to come with the latest EMUI 9 based on top of Android 9 Pie. The latest Android iteration does bring some add-ons like the Digital Balance which is essentially the Digital Wellbeing found on stock Android but there are some features that haven’t been added like the Single key navigation.

Just like we have seen in the past, the phone comes with pre-installed apps like Honor Club, Honor Care, Health, Huawei App Gallery, Themes, a Phone Manager, Compass, Phone Clone, Party Mode and Ride Mode. Apart from these stock ones you get social media apps and the Google Apps suite. In terms of security, Honor has added a Face Unlock feature which works mostly well in well-lit environments but struggles in low light situations.

Under the hood, the 10 lite is powered by HiSilicon Kirin 710 which is a mid-range chipset and is more than capable of pushing the phone through the day to day tasks. We had the 4GB RAM variant of the phone with us and we didn’t really face any issues while switching between apps or other processes. That being said, EMUI has been poised with RAM management issues in the past on smartphones like the Honor 8X, during our 2 weeks of testing period we didn’t really notice this on our unit.

We took the chipset for a spin and ran titles like Asphalt, FIFA, and PUBG which were playable without any issues at medium to high graphics. The GPU Turbo 2.0 here does helps with games like PUBG and will provide satisfactory gaming sessions to users.

For the 10 lite, Honor has gone with a dual rear camera setup consisting of a 13-megapixel primary camera and a 2-megapixel depth sensor. Coupled with that is a 24-megapixel selfie shooter on the front. There haven’t any changes to the camera app such when compared with other Honor smartphones. You get modes like Aperture, Night, Portrait, Panorama, Pro, and Time-lapse. Apart from this you get the usual filters and AI features like scene detection etc. 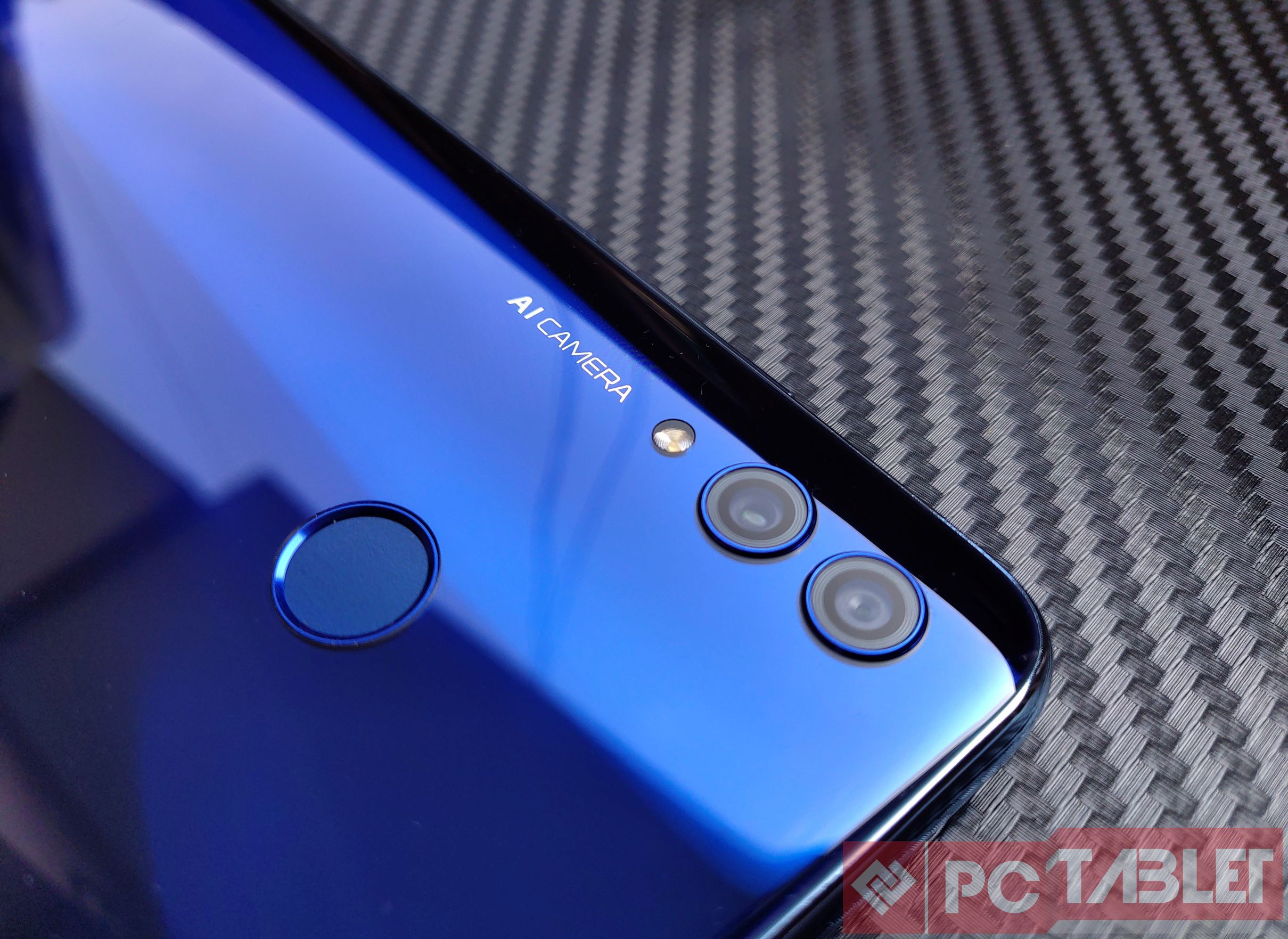 With the AI mode, the phone was able to detect the scenes correctly and adjusted the parameters accordingly. The shots taken in a well-lit environment were decent, with a good amount of details. At times the AI mode just made the shot look a bit unnatural due to oversharpening and oversaturation. The phone was quick to grab focus and we particularly enjoyed taking macro shots. Portrait mode, however, did not yield good results due to the janky edge-detection and we hope a fix in on the way.

For low-light photography, there is a night mode bundled in where the shutter is kept open for longer duration and a slight motion during this time can yield blurred out shots. The low light performance is just below average and there isn’t much to talk about.

Talking about the selfie, the phone has beautification enabled by default and tweak the overall image. Apart from you get a Bokeh mode, which lets you blur the background for those professional looking selfies.

Coming to the battery life, the phone comes packed with a 3,400mAh battery. During our tests, we managed to get around 6 hours of screen-on-time and on average. Our tests included light gaming sessions, a bit of social media, calling and watching videos. There is no fast charging, and the supplied charger took close to 2 ½ hours for a full top up.

The Honor 10 lite especially the base variant comes under the INR 15,000 mark price bracket which has seen some decent smartphones from brands like RealMe, Asus and Xiaomi. What sets the 10 lite apart from the competition is its design but that isn’t just enough to paddle through. The Kirin 710 indeed pushes the smartphone effortlessly and for casual users that should be enough.

The area where the phone lacks is optics and it definitely won’t be able to beat the current market leader in this regard. That being said, the Honor 10 lite makes up in the design and performance department. So, if you’re in the market for a new smartphone and looks or design are your top priorities, then the Honor 10 lite is a very compelling option.