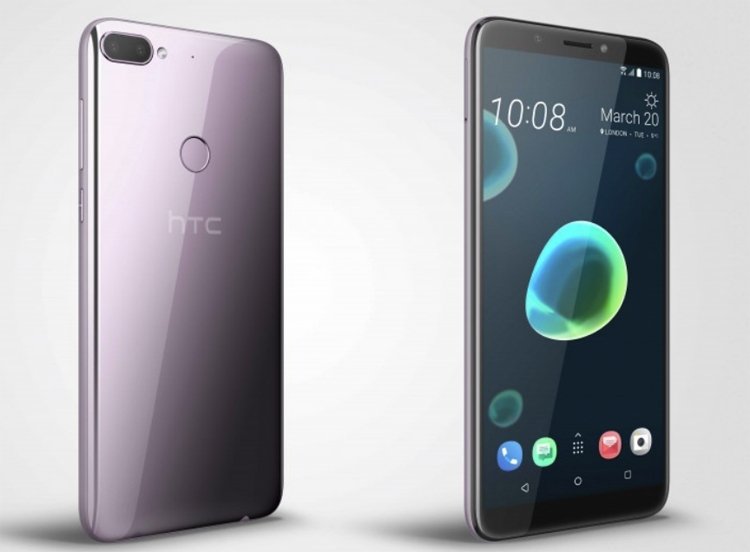 HTC has joined the highly competitive mid-range smartphone segment in India with two new offerings in the form of the Desire 12 and Desire 12+. Both the phones offer exciting specs packed in an alluring form factor makes the new HTC offerings something quite desirable, News18 reported.

Things start with the HTC Desire 12 which also is the smaller and cheaper of the new Desire duo. For that much of your hard earned money, what you get is a device with 5.5-inch of HD+ display comprising of 1440 X 720 pixels. At the core of the device lies a MediaTek MT6739 quad-core SoC that works in conjugation with a 3 GB RAM and 32 GB of storage. The latter again is further expandable to 2 TB.

The Desire 12 also boasts of a 13 MP camera of f/2.2 aperture at the rear that is complimented by advanced software features like PDAF, HDR mode and so on. The camera is also capable of shooting videos at full HD resolutions. For selfie addicts, there is a 5 MP front shooter as well having f/2.4 aperture. Keeping the lights on will be a 2730 mAh battery.

Things are a bit more exciting with the Desire 12+ in that it comes with a larger 6-inch HD+ display though unfortunately, there isn’t a bump in its display resolution. So its the same 1440 X 720 pixels spreading over the larger display. The phone gets its power from a Snapdragon 450 SoC and is coupled to the same 3 GB RAM and 32 GB of ROM. In fact, the rest of the specifications are almost the same as its smaller stable mate but draws upon a bigger 2965 mAh battery.

Another nice aspect with the Desire 12+ is that it comes with a dual rear camera setup comprising of 13 MP and 2 MP sensors. The camera is also complimented by a host of features such as PDAF and a Bokeh setting along with the capability to shoot videos in Full HD resolutions. Then there is also the  8 MP front facing camera of f/2.2 aperture along with a LED flash as well. The Desire 12+ is priced Rs. 19,790.

HTC has announced both the phones will hit the retail scene in India on June 11, 2018.