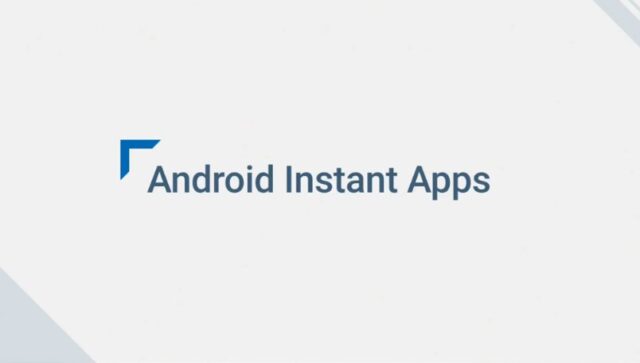 Google has reportedly started rolling out Android Instant Apps for some users. Announced at Google I/O last year, Instant Apps lets users access apps without having the need to download them on their device.

According to reports, the first Android Instant App to roll out is Wish, as some users were able to use the shopping app on their smartphones running Android Nougat 7.0 and above. Users running the above mentioned OS  on their smartphone can check for themselves.

Here’s how to activate Instant Apps

Just head over to your phone’s Google settings, then find the Instant Apps options and then tap to toggle ‘ON’. Agree to the terms and conditions and you’re good to go.

From now on, when you look up for some website or a company, you’ll see a search listing for an Instant app version. Though as already mentioned, the Instant App feature only works for Wish’s shopping app. Hence, as soon as you click on the Instant App search result, you’ll be able to use the app without having to install the app on your device.

Google detailed in a blog post that Instant Apps are specially designed to help users find and use apps with ease. It essentially works like streaming, as the technology can run Android apps without having to download the app on the device. Instant Apps technology is compatible with devices running Android Jelly Bean and above that use Google Play services. The technology splits the app into multiple modules and needs only those modules required to run the app. Hence, what we get is a full app experience doing away the need to install the app.

“We’ve been working with a small number of developers to refine the user and developer experiences. Today, a few of these Instant Apps will be available to Android users for the first time in a limited test, including apps from BuzzFeed, Wish, Periscope, and Viki. By collecting user feedback and iterating on the product, we’ll be able to expand the experience to more apps and more users”, said Google in a blog post.

Besides, Instant Apps also allows users to try the app before downloading a full version of the app. For instance, if users search for a particular app, they can stream the app and get the same experience as they would on a downloaded version of the app.