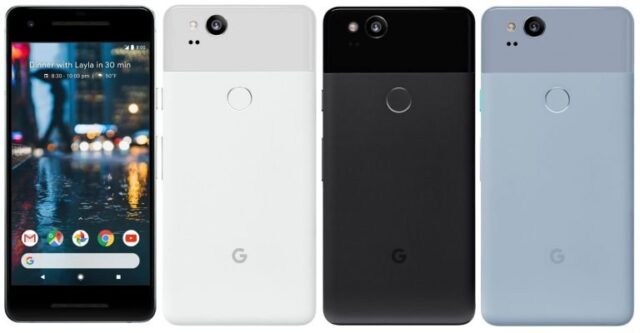 Google is on the verge of launching Pixel 2 and Pixel 2 XL smartphones at an event in San Francisco tomorrow, i.e., 4th October. Now the press images of the flagships have surfaced the internet showing the smartphone in their full glory. The Pixel 2 XL comes with a slim bezel-less design with 18:9 Aspect Ratio, but it isn’t edge-t0-edge like the iPhone X or the Note 8.

Earlier rumors have confirmed that the new Pixels will lack the 3.5mm audio jack, but will rock the front firing stereo speakers, Always on display, Portrait mode similar to the iPhone 8 Plus and Note 8, but it needs to be seen how Google will do that with just single camera setup on the back. The smaller brother; the HTC made Pixel 2 will sport a 4.97-inches Full HD 1080p display, while the Pixel 2 XL which is made by LG to packs a massive 5.97-inches  Quad HD+ 18:9 OLED display. Both the phones are powered by the Qualcomm Snapdragon 835 SoC with 4GB RAM and 64/128GB storage. They will run on Android 8.0 Oreo with new Pixel launcher. 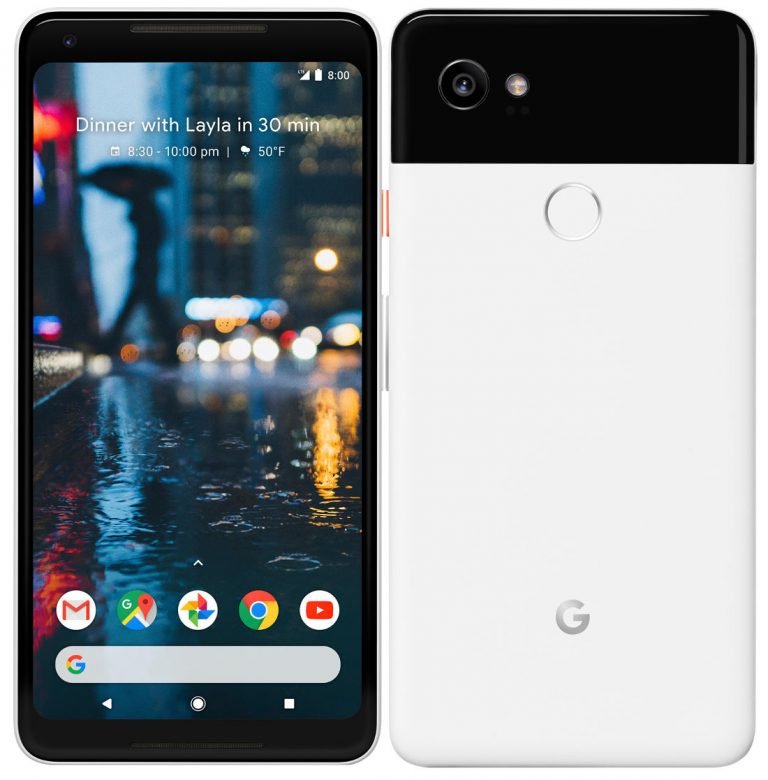 Google will be launching the Pixel phones tomorrow, so stay tuned for our live coverage.