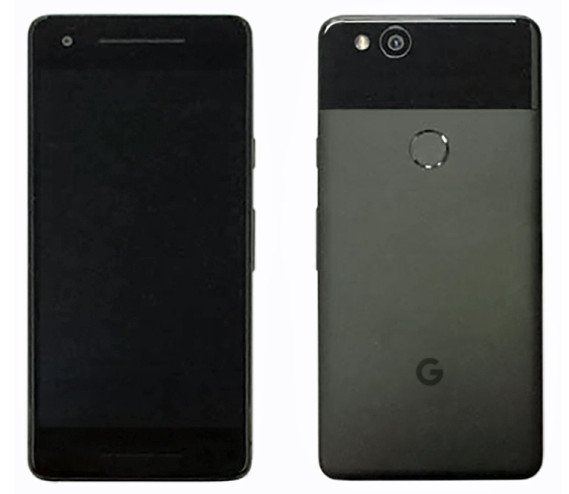 Google is all set to unveil the next iteration of Pixel smartphones on October 5. As on Thursday, the famous tipster Evan Blass tweeted claiming that the Pixel 2 and Pixel XL 2 might launch on October 5th. Blass also mentioned that the new Pixel smartphones would be powered by the Qualcomm Snapdragon 836 chipset on board.

The Pixel 2 smartphone have recently spotted on US FCC website which indicates that the phone will run on recently launched Android 8.0 aka Android Oreo OS. Moreover, it has been previously rumored that the Pixel 2 smartphone will follow the same footprint of the new era bezel-less phone and pack FullVivion or Infinity display panel. But now it seems that the plan has been ditched, as recently leaked images of the smartphone suggest that Google will stick to the routine design with bezels.

HTC is confirmed to be the manufacturer of the pixel 2, While LG will take care of the bigger sibling. The Pixel 2 may sports with 4.99 inches Full HD display, While the Pixel XL 2 will adheres the 5.99 inches QHD display. Both the smartphone may have 4GB of LPDDR4 RAM, and Always On Display feature. Pixel XL 2 will comes in two ROM variants i:e 32GB/128GB. It will be powered by the upgraded Qualcomm Snapdragon 836 chipset.

On the camera front, Pixel 2 may pack 12.3MP rear optics which may come with phase detection & laser autofocus, dual-LED (dual tone) flash. Whereas, on the front, there will be an 8MP camera. The connectivity options includes Wi-Fi 802.11 a/b/g/n/ac, dual-band, Wi-Fi Direct, DLNA, hotspot, Bluetooth 5.0 and USB 3.0.

Both the phone may be equipped with the range of sensors like Fingerprint (rear-mounted), accelerometer, gyro, proximity, compass, barometer. The smartphones will be fuelled a non-removable Li-Ion battery and may come in three color variants i:e Quite Black, Very Silver, Really Blue. stay tuned to PC-Tablet for more interesting new information regarding the Pixel 2 and Pixel 2 XL.