Home News Google Maps to be available on Apple Watch soon after a gap... 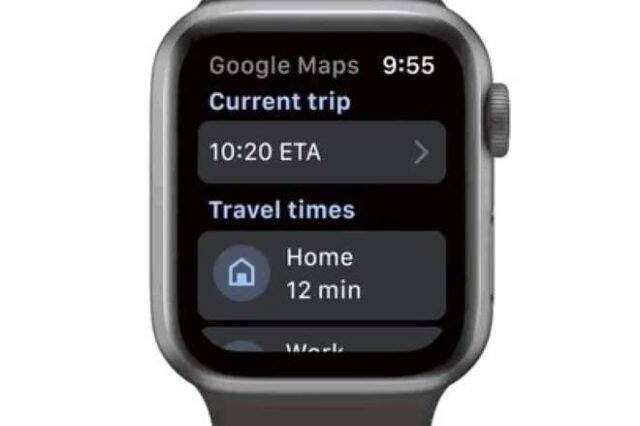 Google Maps is making a comeback on Apple Watch after a three-year hiatus, the Mountain View company announced . The last time the Google mapping application was seen on Apple Watch has been in 2017. Cut short to the present, and we should soon be able to see the usual turn indications for home or work or other saved locations.

You also have the option to select a location on your Google Maps on other devices such as the smartphone and follow up on your Apple Watch. Since the Apple Watch syncs automatically, you can carry on with the remaining part of the trip on your Apple Watch itself. The same applies to almost all modes of transportation: biking, traveling on public transport, or even while walking.

Another cool feature of the Google Map application is that it syncs with Apple’s CarPlay. It can split up the car’s display into half to show road directions and other mapping information with the other half showing what the driver wishes to see, which can be podcasts, music, and such.

Google said the Maps application is going to be available for the Apple Watch within the next few weeks itself. So far, watchOS users were forced to make do with Apple Maps which again has had reliability issues in the past even though things have been improving with that in recent times.