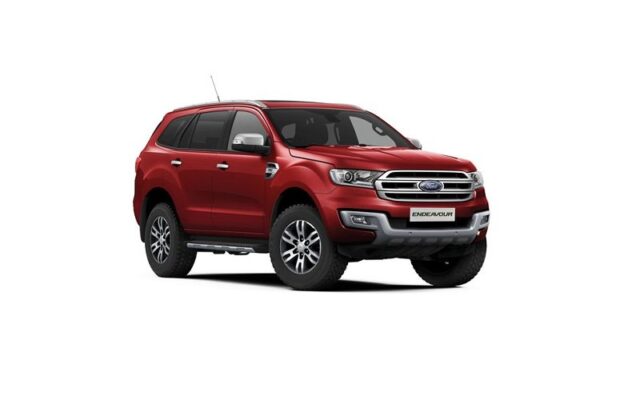 Ford has reportedly slashed the prices of its Endeavour SUV by up to Rs 2.82 lakh. The move is likely an attempt by the American carmaker to boost Endeavour sales during the upcoming festive season in the country.

The price cut has been made across all three Trend variants. However, no price drops have been announced for the Titanium variant. The prices of the 2.2 4×2 MT Trend trim still remain unchanged. However, prices of the 2.2 4X4 MT and 2.2 4X2 AT Trend variants have been slashed by Rs 2.82 lakh and Rs. 1.73 lakh respectively. After the revised pricing, the duo is now priced at Rs. 23,78,000, making them the most affordable Endeavour variants.

While earlier in August, Ford also announced price drops for its Figo hatch and the Aspire sedan by up to Rs 91,000. With the price drop, the popular Figo hatch saw a price cut ranging between 29,000 to Rs. 30,000 for its top end versions. While it’s top-of-the-line variants witnessed a price cut of Rs 50,000.

While in March this year, Ford India also announced price drops for the EcoSport by up to Rs. 1.12 lakh. Ford recently also launched its iconic muscle car ‘Mustang’ in India, and announced India’s largest ever brand make-over campaign worth Rs. 204 crore.