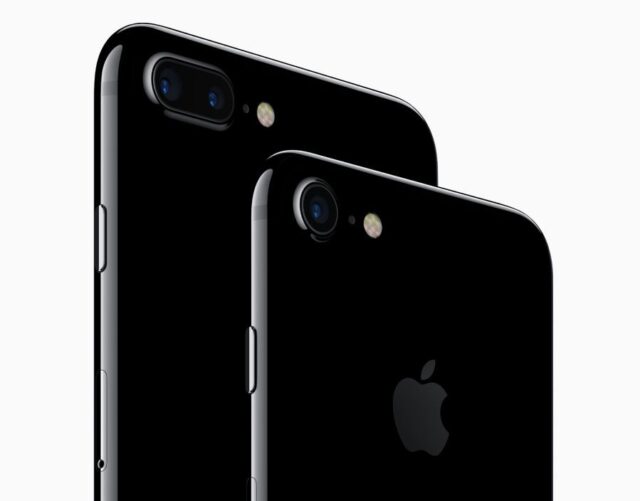 Rumors about iPhone 7 are no longer valid. This is because Apple had officially released the iPhone 7 and iPhone 7 Plus on September 7 in San Francisco at an event attended by fans and journalists. Even though both handsets looks identical to that of the iPhone 6S and iPhone 6S Plus, the internals has changed.

The main attraction of the new phones is the addition of an enhanced camera. In fact, we can say that Apple has done a major overhaul in the imaging segment. Moreover, the new handsets are water-resistant. This means even if you drop it into water, nothing will happen to your valuable iPhone. In this article, we will examine all things you would like to know about iPhone 7 and iPhone 7 Plus.

Apple iPhone 7 features new black and jet black finishes with a splash and water-resistant technology. Moreover, the handset offers a new home button on top of a new unibody design. Apple has introduced a beautiful black with a matte finish and deep high-gloss jet black. The phones are designed using a durable and strong 7000 Series aluminum. The phones are also available in signature silver, gold, and rose gold color variants.

Equipped with water-resistant features, the iPhone 7 is the first phone from Apple to come with this feature. Moreover, the phones are also protected against spills, splashes, and dust.

Apple has integrated a new advanced solid-state customizable home button, which is designed to be durable, responsive and pressure sensitive. The home button is infused with the new Taptic Engine, which provides precise tactile feedback as you press.

The fingerprint sensor is integrated into the home button of both iPhone 7 and iPhone 7 Plus. With Apple Pay, you can instantly pay for items in stores, apps and over the web.

The iOS 10, which was announced during WWDC 2016 contains several features to simplify your lifestyle to a great extent. The new iPhone ships with immersive stereo speakers. You will find one speaker on the top and one the bottom.

As rumored since the early days, Apple has ditched the headphone jack to accommodate the lightning connector port. Apple will bundle a special headphone and 3.5mm adapter with the product package.

Apple iPhone 7 features a 4.7-inch (1334×750) LED-backlit widescreen, while the Plus variant is equipped with a 5.5-inch FHD (1920×1080) LED IPS display. Interestingly, the contrast ratio is higher in iPhone 7 than iPhone 7 Plus. Moreover, the iPhone 7 Plus offers a pixel density of 401 PPI, which is higher than iPhone 7. Both models feature a display brightness of 625 cd/m2 and fingerprint-resistant oleophobic coating.

The new iPhone handsets come with an enhanced Apple A10 processor paired with M10 motion coprocessor. The A10 processor is capable of offering enhanced performance than A9.

The main attraction of the newly released iPhone is the addition of an enhanced camera. In the case of iPhone 7, you have a 12MP rear camera with f/1.8 aperture. It offers digital zooming of up to 5x. On the other hand, the iPhone 7 Plus features a 12MP wide-angle and telephoto dual cameras.

While the wide-angle offers f/1.8 aperture, the telephoto provides a f/2.8 aperture. In terms of zooming, the sensors offer the capability to zoom from 2x to 10x. The Optical Image Stabilization is integrated with both models. Till recently, this feature was exclusive to iPhone 6s Plus.

According to Apple, the iPhone 7 is capable of delivering up to 2 hours longer battery life than iPhone 6s. Even though the talk time is the same, the difference matters when it comes to 3G data. In the case of iPhone 7 Plus, the handset offers up to one-hour extra battery life than the previous counterpart.

During the launch event, Apple also announced the launch of AirPods, which enables you to put into your ears for instant connectivity. You just speak directly into AirPods, and it will recognize your voice sounds clear. You will be able to work with AirPods after a simple one-tap setup process.

It is integrated with custom-designed Apple W1 chip also compatible with Siri. AirPods are priced at $159 and will be available from October end.

What’s in the Box & Pricing

Apple has taken huge effort to design and develop iPhone 7 and iPhone 7 Plus. The features and specifications sound impressive at first glance. It remains to be seen how the new Apple iPhone 7 performs especially in the area of heating. With excellent quality control measures adopted by the company, the iPhone 7 will create new dimensions in the way people deals with smartphones.