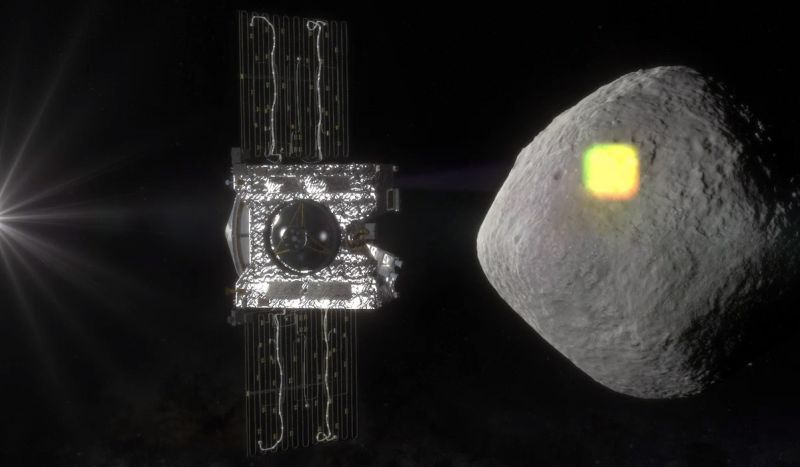 Scientists at the National Aeronautics and Space Administration (NASA) are working on one of the most ambitious projects along with the University of Arizona. The OSIRIS-REx spacecraft will start its mission on September 8 to visit the asteroid Bennu and bring samples back to Earth. The vehicle with a single solid-fuel booster which is attached to its side is undergoing the final preparation before it takes off. It is expected to reach Bennu in the summer of 2020 and will take relevant samples from the pristine asteroid.

The $800 million mission is scheduled for a lift after a month from the United Launch Alliance Atlas 5 rocket which comes in the unique 411 configurations. Scientists are doing everything in their power to see that every single detail is completely covered.

On Wednesday, the Centaur Upper Stage and Boattail of the spacecraft will be lifted. By Thursday scientists will check the initial power up of OSIRIS-REx.

One of the most critical electrical checkouts of the vehicle known as Combined Systems Test is scheduled on August 15. In this one month, scientists from NASA and University of Arizona will have a thorough review of the spacecraft.

So far it has gone through one test to see if the camera and every other equipment are functioning well.

NASA OSIRIS-REx after reaching the asteroid Bennu will begin its 7-year roundtrip voyage to collect samples and then return to the laboratories on Earth. Aside from the fact that it will bring detail sample from Bennu, the spacecraft will help scientists to understand the origin of the solar system.

What is the necessity of this mission?

From the time of Bennu discovery in 1999, scientists around the world have been worried that the possible collision of the asteroid will have severe damage on Earth. Scientists have further found that asteroid crosses the orbit of the Earth every six years which shows that it is coming near.

The ambitious mission is led by Dante Lauretta and her team who will spend a year to map every single detail of the asteroid. So far it is expected that the team will return to Earth by 2023 and find a solution to this problem.

Even though the collision of Bennu with Earth has a slight probability but scientists are not willing to take that risk.

One another goal of this mission is to get a clear picture on the reason behind the asteroids entering the solar system and becoming a threat to Earth.

Through the cooperation of NASA and the University of Arizona, scientists are very hopeful that the 14-year mission will be one of its most successful ones.

For now, it is expected that the near-Earth asteroid Bennu will be hitting the surface of the planet in the 22nd century.