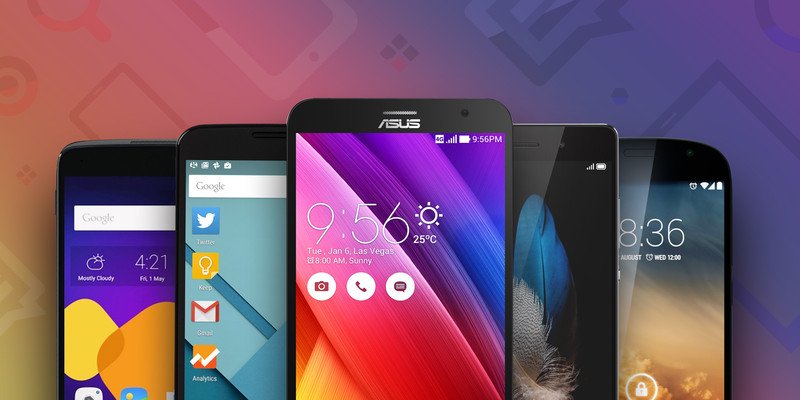 Gone are the days of Nokia leading the entire phone market with their Symbian phones. All the phones beginning from the low-end to the highest end flagships had the same operating system, almost the same processors, marginally different screens and cameras.

Today, a phone buyer is faced with a plethora of options with vastly different screens, cameras, storage options and even operating systems.

Unlike a few years ago, now technologically affluent people know the amount of RAM and the processor their current phone features. With so many choices to make, it can become a pain in the rear when you are out to buy a new phone.

It becomes very vital to differentiate between a practical feature and a marketing gimmick during a purchase. There are things that a buyer should know before buying a phone rather than regretting the decision later.

In the very same way, a phone’s processor needs the RAM to run programs. It helps the quad core or octa core in your phone flex all of its muscles when a large amount of RAM is complementing it.

When the system is low on free RAM, programs that are not being used at the time are unloaded from the RAM and the current task is brought into RAM. The lag you experience in a phone with low system RAM is due to this loading – unloading taking place in the background.

There are applications on the market that help clean out these unused apps from memory. But these apps can start up again and consume more power by using processor cycles.

Memory is a state device; it does not take power to keep programs cached in memory but to load/ unload them. These problems can be avoided only by having a large amount of RAM.

Storage space is needed for much more than just media and documents. Each app installed on your phone has its personal sandbox consisting of databases and files required for it to run. There are options on few phones to add expandable storage in the form of a MicroSD card, but due to these cards being slower than onboard flash storage, often apps can only be installed on the phone’s internal memory. It reduces app load times and gives a lag-free experience.

Modern applications and games keep on creating new data in the form of save files, user settings, and extra downloaded add-ons. This data has to be kept persistent between app launches and hence, needs to be stored. With mobile apps becoming functionally comparable to their desktop counterparts, their storage requirements are increasing to at par with Desktops too.

Besides all this, the operating system itself takes space for its files and some extra headroom for temporary files. With low available storage, basic functionalities like SMS receiving and push email retrieval can be jeopardized. All this stresses on buying a phone with a larger internal memory.

Unlike expandable storage, which can be added or increased at a later stage, you are stuck with the amount of internal memory on a phone. A good rule of thumb is considering phones with at least 8 GB of internal storage space.

Again, this is the absolute minimum considering commonly used apps and their requirements. Of course, you can go higher than this, but anything lower and you may have to make a few apps walk the plank.

Mobile phone cameras are more convenient than just carrying a dedicated camera with you. It has led to an emphasis on the quality of camera modules in phones and recently it has been all about the megapixel count. On the contrary, other factors significantly influence the image quality and many a times, more so than just the number of pixels the camera can push out.

There are phones with the very high megapixel count but can barely manage an intermediate image while there have been flagships with just 4 MP cameras but brilliant image quality. Color reproduction, autofocus latency, camera lens width, Optical image stabilization(OIS) and the actual pixel size all play a critical role in the overall image quality.

Phase detection and Laser autofocus are the two new types of autofocus available in smartphone cameras. A more rapid focus means instant in-focus photographs and can be the difference between a great snap and a missed shot. A faster focus time is very helpful when shooting action scenes and should be analyzed in a phone camera.

Badly illuminated environments are a challenge for smartphone cameras, and a lot of grain can spoil your night shots. Optical Image Stabilization(OIS) helps a lot by reducing the camera movement and thus, reducing the graining in images.

When clicking outdoors, you do not want the sun to be blown out of proportion but at the same time, you also want the black road not to disappear. High Dynamic Range (HDR) helps in such environments by clicking different pictures of the same scene at different exposures.

The best parts are taken from each image, and the final image is formed which contains the brightest whites and the darkest blacks, all in a single image, just like our eyes see it.

A smartphone flash is very helpful in very poorly illuminated environments though at times they can mess up the natural colors of a scene. LED, dual LED, and Xenon are the options for flashes in smartphone cameras. The dual-tone LED flash helps objects present in the picture retain their natural colors.

Apart from all the presets given in the smartphone app, a manual adjustment for exposure, color saturation, ISO and other such things proves to be very helpful. It is especially true for professional photographers that are just not satiated by the auto mode present on their phone. A freedom of choosing these variables should be sought in a smartphone camera.

Of course, given all the above parameters, a larger pixel count can help. If you plan on printing the images, the extra resolution helps get a clearer print. With increasing screen resolutions on phones, the resolution count is now becoming more justifiable than before. It’s hard to differentiate between images beyond a particular resolution but is always a welcome addition.

Battery capacity is measured in milliampere-hours(mAh). A higher capacity battery gives more screen on time in a phone. It helps you get through a day’s work without having to carry those brick-sized battery backup banks or a replaceable spare battery. A phone battery should be able to get you through a complete day to avoid having to find a wall outlet mid-day.

Li-ion is the technology used in most of the phone batteries, and they work totally fine. Li-polymer is a newer, better type of battery technology that addresses some issues present in Li-ion batteries.

The Li-polymer batteries have a larger lifecycle, can be molded better, resulting in thinner phones and also do not have the ‘memory effect’; you can avoid going through full charge-discharge cycles without shortening the battery life.