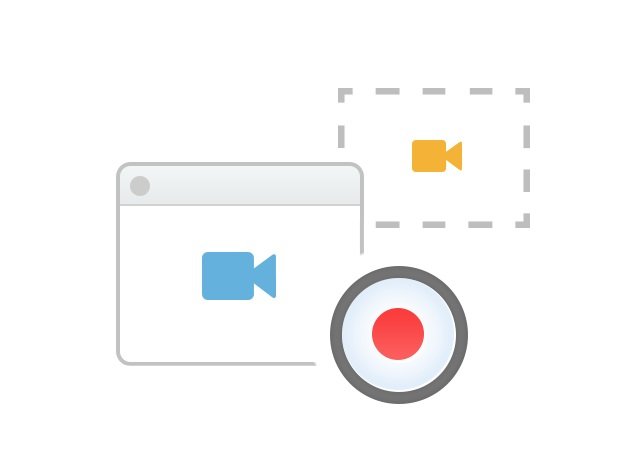 No matter what your intent is, there is screen recording software out there to get the job done. In this article, we’ll take a look at ten different tools to record your screen for a variety of reasons.

OBS is open-source broadcasting software primarily used to stream video games to Twitch or another site. However, all that aside, it’s by far one of the most veratile tools out there just for recording. It can record your entire monitor, a web browser, a game, an app, anything. It’s a little difficult to set up, but there are a lot of tools out there to help you get up and running with the settings.

CamStudio is a great free tool for capturing your screen. It won’t cover fullscreen apps like games, but it works well for everything else. You can even decide to record from multiple sources.

Jing is a very simple screen capture tool that doesn’t include a lot of the bulk of others. It has some built-in sharing features that are nice. It supports hotkeys for your recording commands as well. The toolbar you can place on your desktop to facilitate recording is also very nice.

ShadowPlay is Nvidia’s game recording software. It only works with their brand of GPU (of course), but it’s easily one of the best. The low system footprint means you won’t even know it’s running. It works well with any kind of game, but it is unable to capture desktop or web browser stuff.

FRAPS is another game recording software. It’s one of the originals. It also displays game performance in frames per second. It uses a slightly outdated method of game capture, so you will definitely feel the slowdown when recording newer games. It’s great for screen grabs and quick recordings, though.

If you’re a Mac user, you’ve already got a screen recorder built in to your system. Just launch QuickTime Player and go to File -> New Screen Recording to start recording. It works really well for those on Mac. It’s not even worth installing an app, really.

Kazam for Linux is a great screen recording app that supports everything except webcam capture. If you’re trying to just record your screen though, it’s a great choice and supports all the things that you’d want. To install, launch your Terminal and type “sudo apt-get install kazam” without the quotations.

If you do happen to need a webcam capture tool on Linux as well, then you should give Vokoscreen a try. It’s a pretty simple app, but it supports everything supported by Kazam plus webcam so it’s worth a look. The interface isn’t quite as intuitive as Kazam, but it’s not prohibitive. Type “sudo apt-get install vokoscreen” to install.

Android has some screen recording apps of its own. Perfect for making Android how-to videos, this recorder is just what you need. The interface is really simple and sleek, and it’ll catalog your recordings for you for easy browsing. A floating window that you can enable in settings enables one touch recording and control.

ADV Screen Recorder is another app for recording Android devices. ADV looks very similar to AZ in a lot of ways. The features of this one however are in customization and video editing tools available in the app. Instead of a floating window, this one opts for a toolbar at the very top of your screen for controlling recording.