After releasing ZenFones successfully in India, Asus now has looked forward to capturing some stake in the tablet market by launching three new ZenPad tablets in India recently.

And we have the ZenPad 7.0 with us right now and without any further ado, let’s check out what does this latest affordable ZenPad 7.0 has to offer. 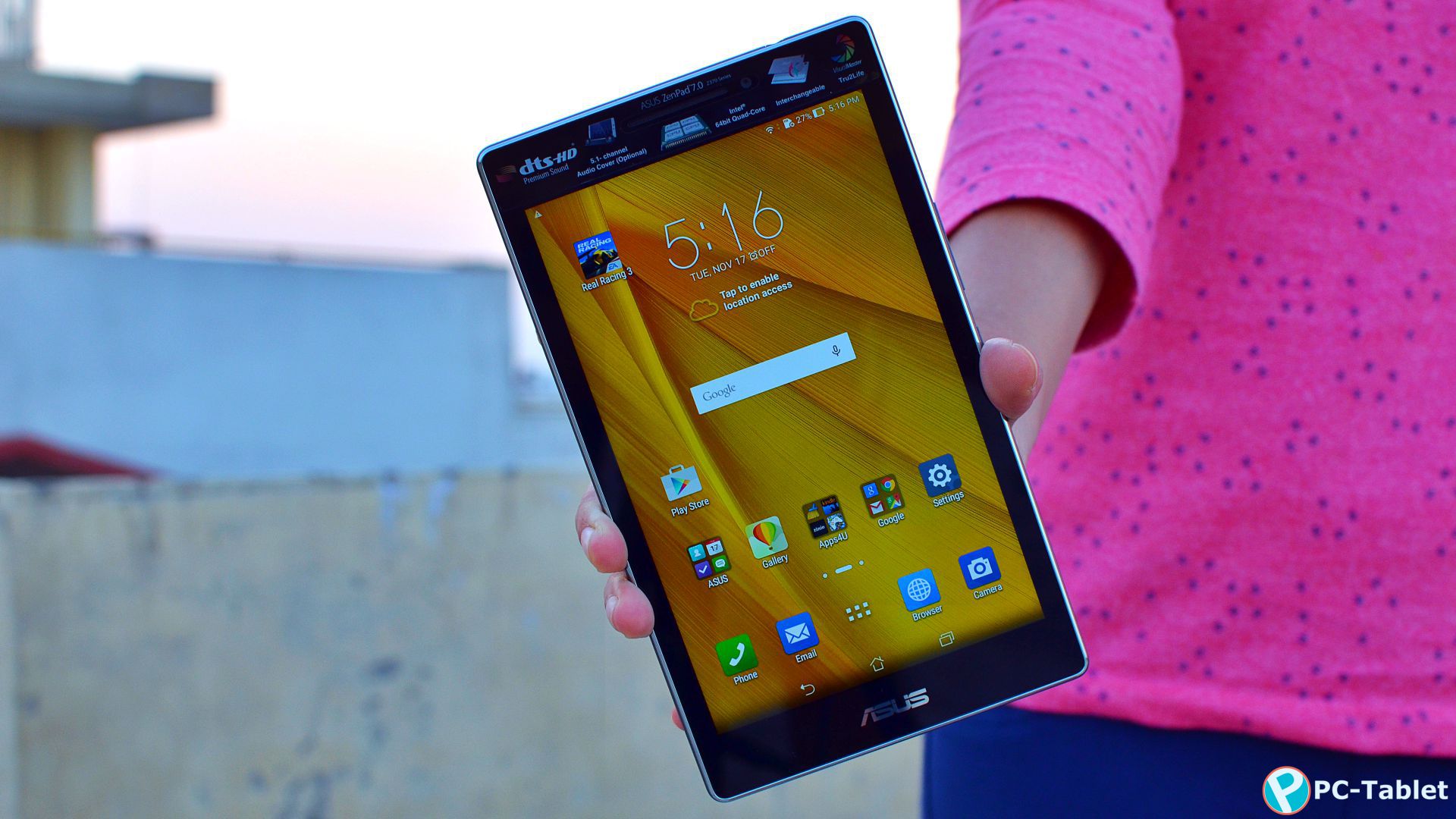 The ASUS ZenPad has a 72% wide screen-to-body ratio!

The decorative chrome finish frame edge gives the tablet a premium look and on the front we have beautiful 7-inch IPS display that has a resolution of 1280×800 pixels, anti-fingerprint coating and is well protected by a Corning Gorilla Glass.

The ASUS ZenPad has a 72% wide screen-to-body ratio – bigger than many competitors – with a viewing angle of up to 178 degrees, which makes content consumption an enjoyment on this screen.

Actually ASUS has made the display only of two layers rather than conventional four using TruVivid technology – the air gap has been eliminated and the cover glass and touch panel layers have been combined to offer a higher optical transparency of more than 94%. The content feels alive on this display and gives you better readability outdoors in sunlight. 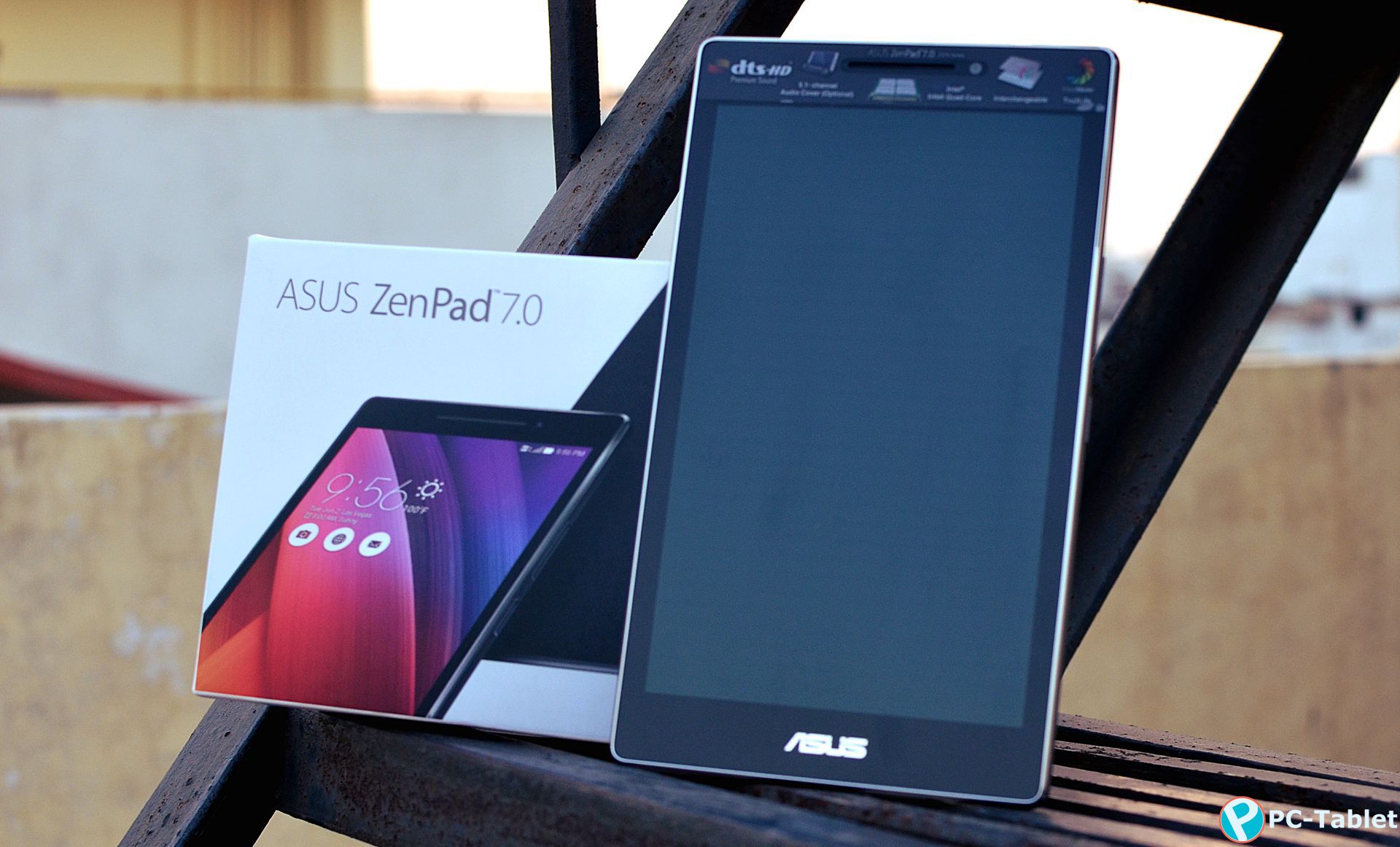 The selfie shooter and speaker is located on the top whereas company’s shiny logo is printed just below the display.

ASUS has kept left chassis pretty neat whereas you can see volume rocker on the right side and the power key just below to it.

A standard 3.5mm audio jack is located on the side of the top whereas MicroUSB port, and the primary mic is fitted on the bottom of the tablet. 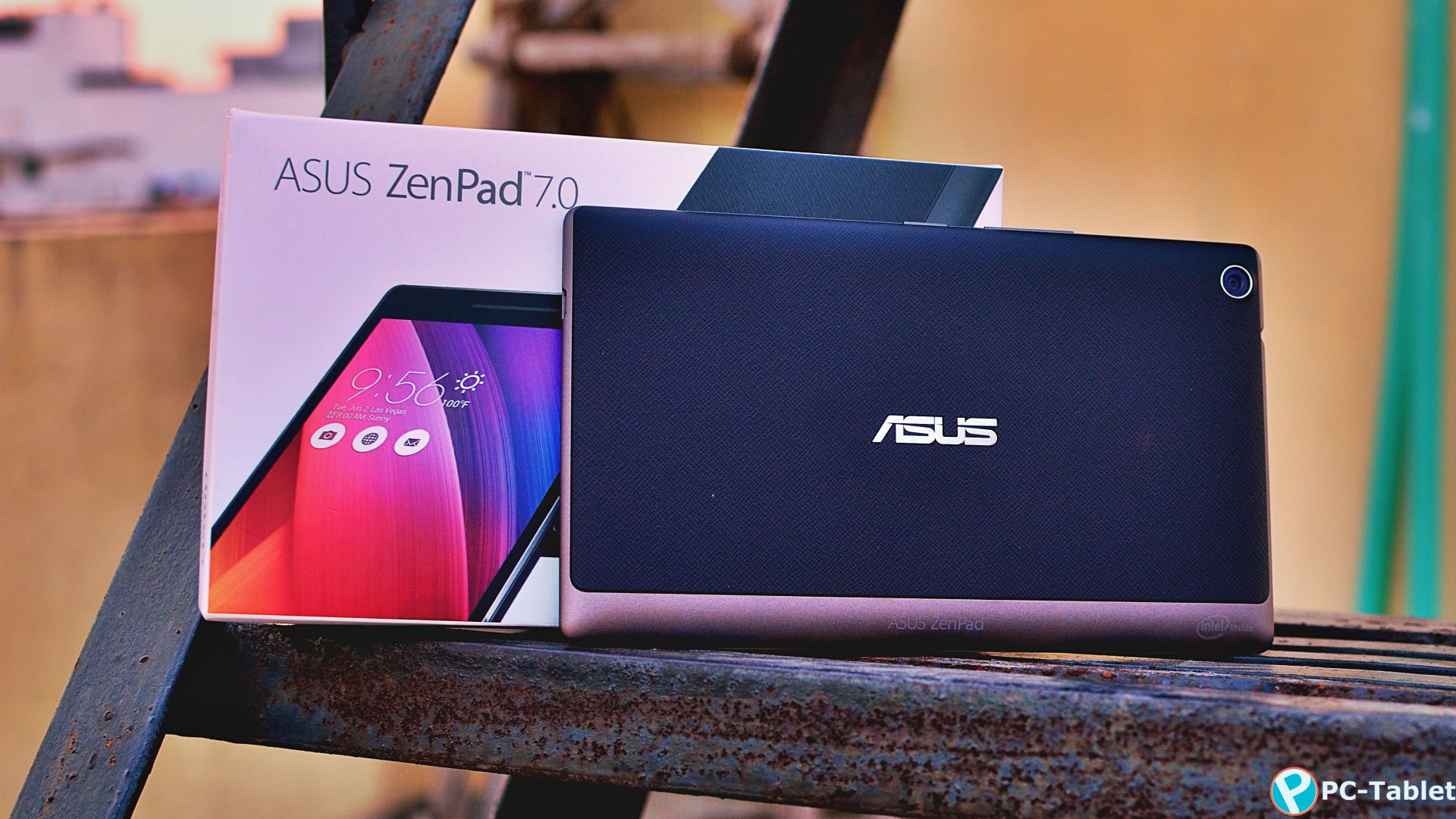 The embossed leather pattern finish back gives a premium look and has rounded edges for more comfortable grip according to its weight that is around 272 grams.

The Micro-SIM and MicroSD card slots are available under the back hood. 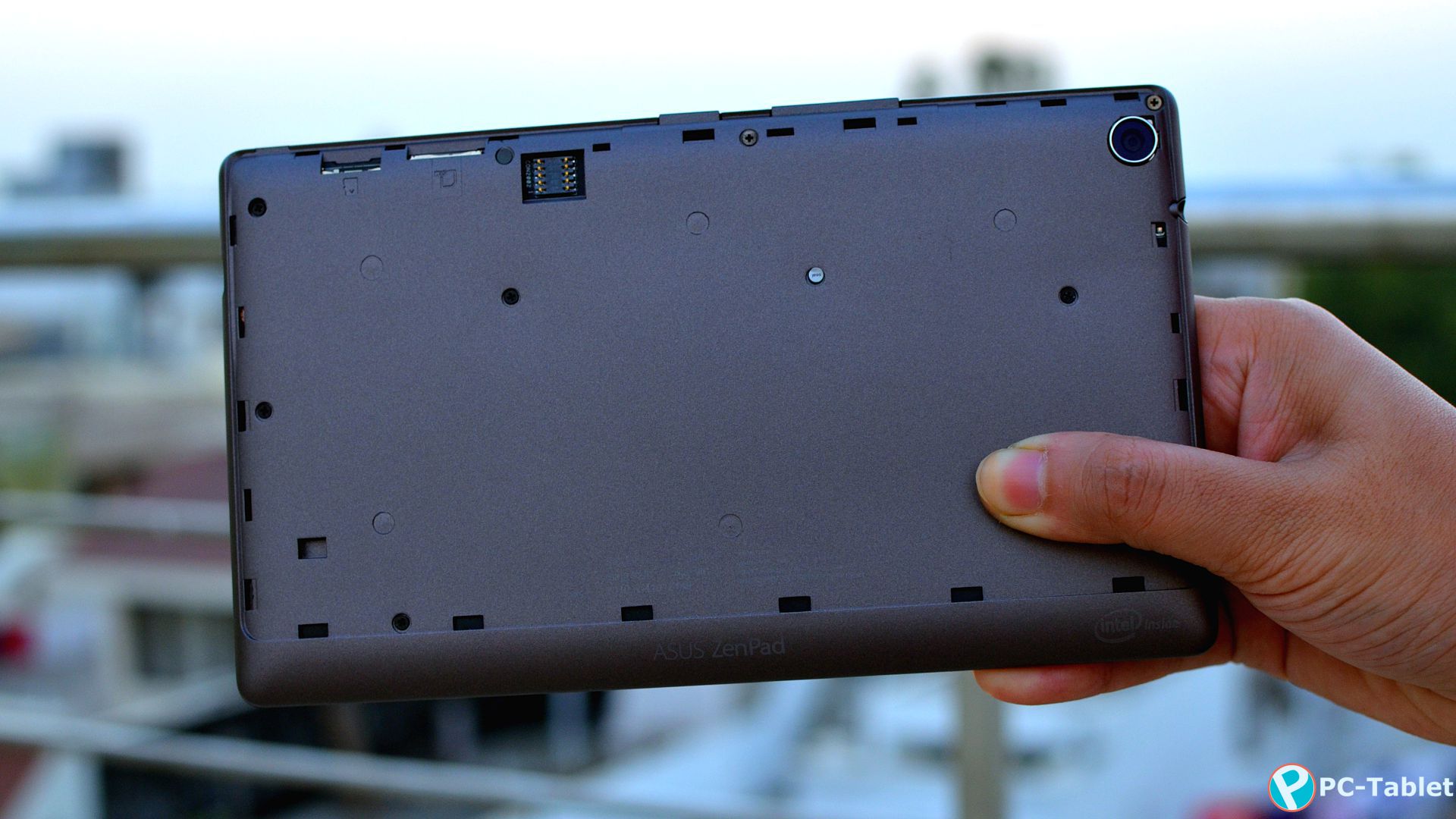 The tablet is just 8.7mm thick, I would say a perfect build to use the device in portrait mode and makes it comfortable to use while browsing, watching movies, playing games or even for short calls. The ZenPad 7.0 comes in black, white, and Aurora metallic color choices.

Asus has opted-in for an Intel Atom x3 quad-core 64-bit processor that is supported by two gigs of RAM and MaLi-450 MP4 GPU, which generates enough power to keep the tablet running smoothly.

Switching between apps was smooth. Also, no heating issues were observed while playing graphic intense games which is very rare if you compare with other Android tablets.

Storage front houses 16 GB of internal storage, where you get around 11GB of user memory out of the box. If it’s not enough to fulfill your storage requirements, you can expand it up to 128 GB via microSD card.

And the best part is that ZenPad supports OTG 2.0 USB drives, so just plug in the drive and access its content directly, pretty useful at times! 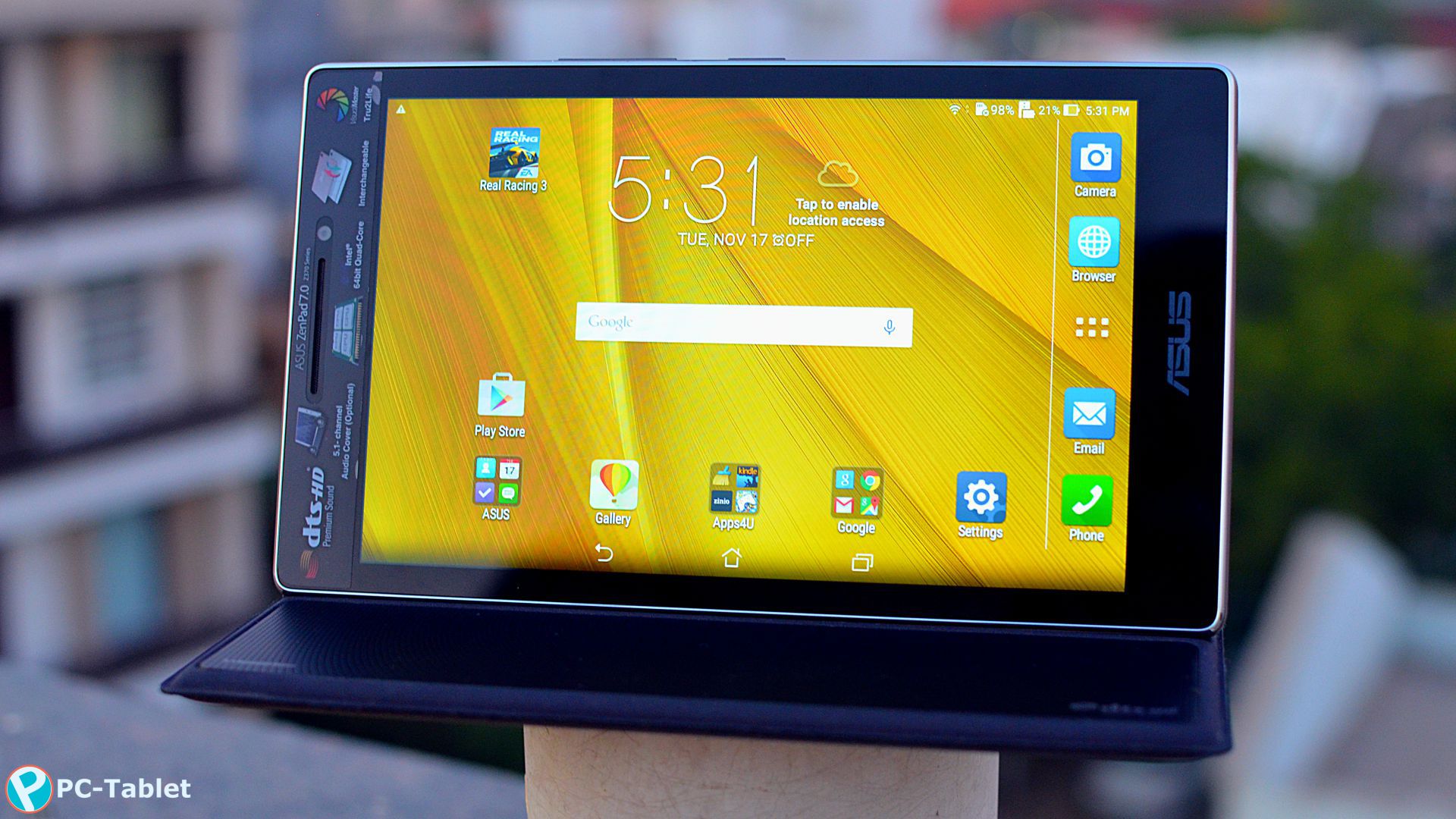 ZenPad comes with customized Zen UI over the top of Android 5.0 Lollipop. You’ll also get lots of pre-installed apps such as My ASUS, Omlet Chat, MiniMovie, Collage maker, Zen circle and few more.

ZenMotion gestures are also available for this tablet. ZenMotion can be used to create shortcuts to instantly open apps when the display is off. For example, drawing a ‘c’ with your finger activates the Camera, ‘w’ launches the Browser, and ‘e’ takes you to Email.

Apart from Touch gestures, motion gestures such as shake twice to take a screenshot when using an app, simply flip the ZenPad over to make it silent or tap the screen twice to wake it up.

Rest is pretty much stock Android only! 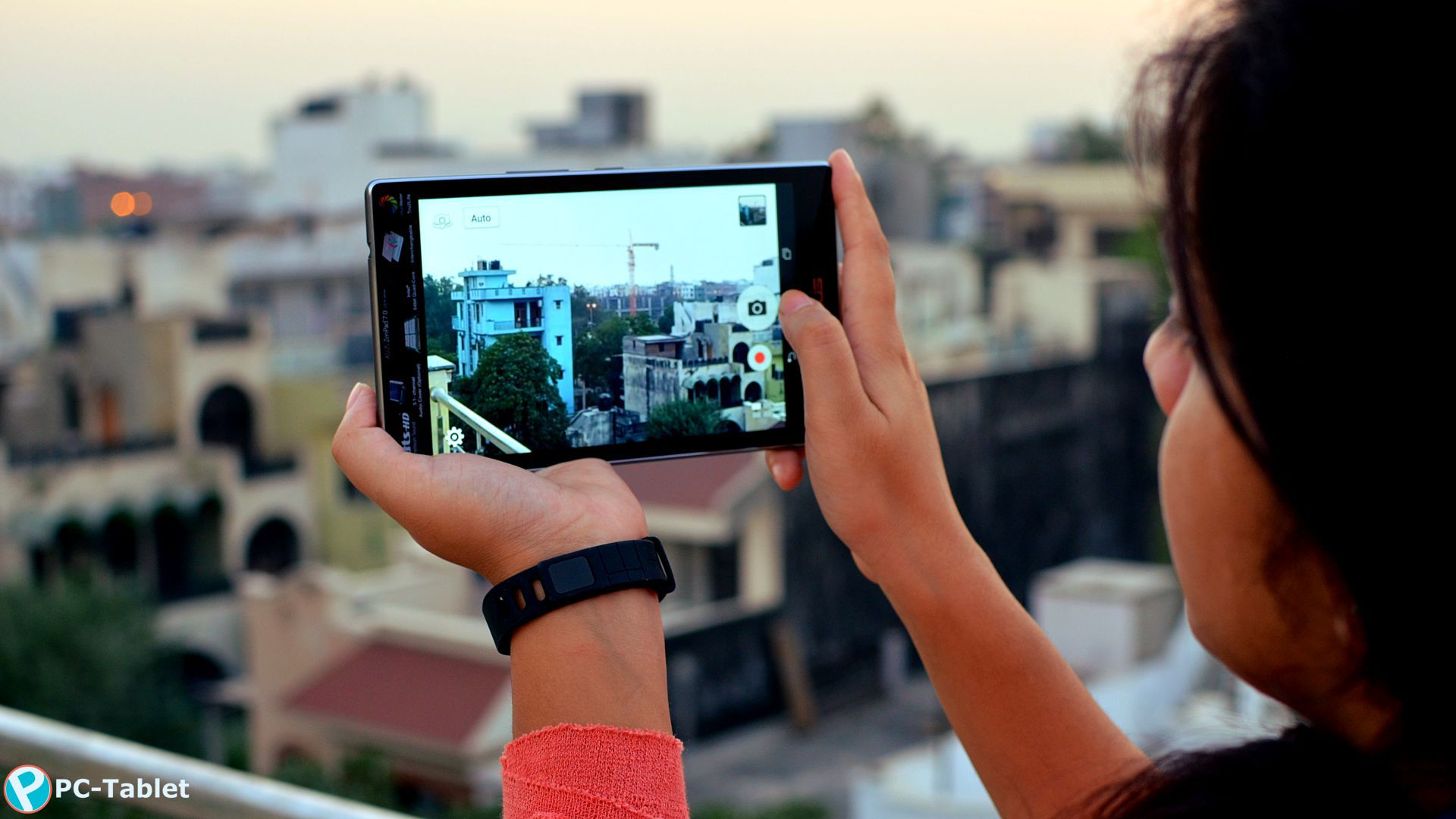 Talking about the camera, ZenPad features an 8-megapixel rear and 2-megapixel front shooter to fulfill your video chatting and selfie needs.

But honestly specs seem to be for paper use only!

But honestly specs seem to be for paper use only as 8MP auto-focus rear shooter is nowhere near to as good as it should be!

Though it has Auto mode, HDR mode, beautification option, night mode, GIF animation, panorama click, a miniature mode that enables you to focus on a certain object, then we have slow motion, time lapse, etc. But none of these stands at par, as clicked pictures lack in color reproduction and details.

The front camera performance is also just acceptable for video calling purposes, and for selfies, you need to be in proper lighting conditions else all you’ll get is a black shadow of yourself. 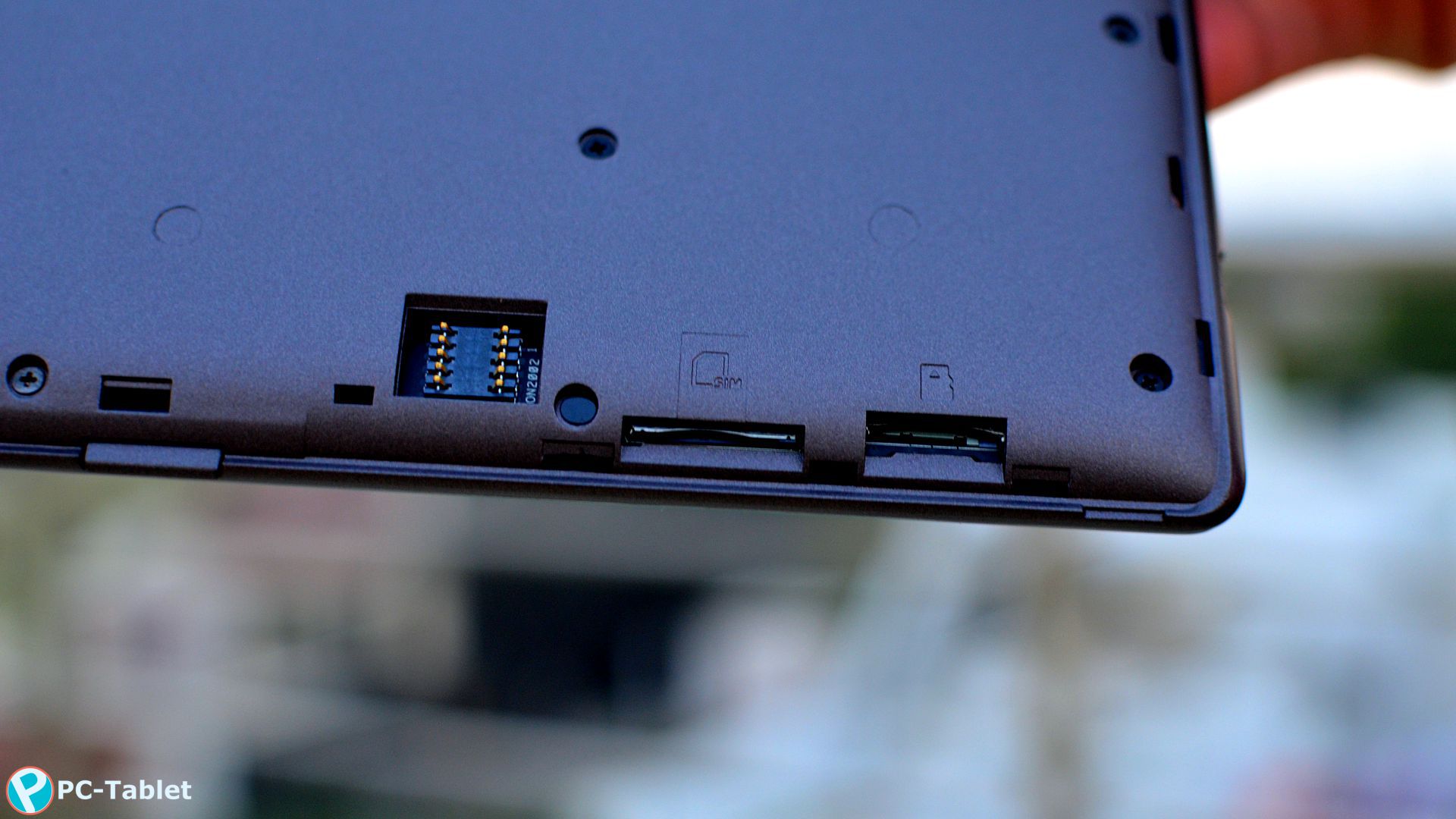 The battery is something that is going to be an issue! If someone is to blame for poor battery performance, blame Intel’s Atom processor!

It houses a 3,450 mAh battery that gives a battery life of around 7-8 hours max on moderate usage. The battery is something that is going to be an issue! If someone is to blame for poor battery performance, blame Intel’s Atom processor! They’re yet not as power efficient as one from Qualcomm or MediaTek.

Moreover, it takes more than 4 hours to get completely charged with its charger. 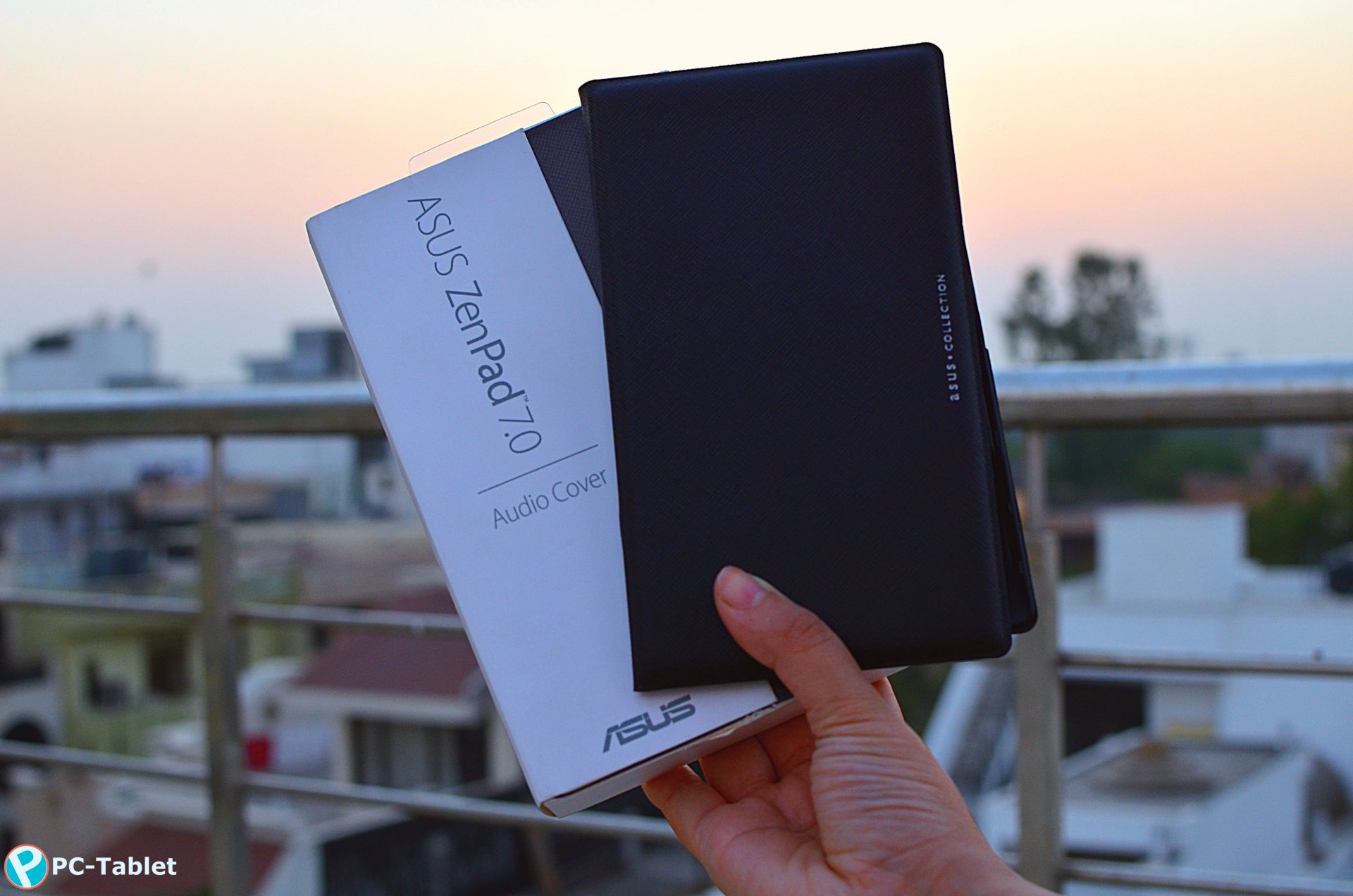 Companies also tend to release cases and covers for their tablets, and Asus no exception here. They have also released one case and one cover for ZenPad 7.0.

Pretty useful if you’re a traveler or stay away for longer hours. 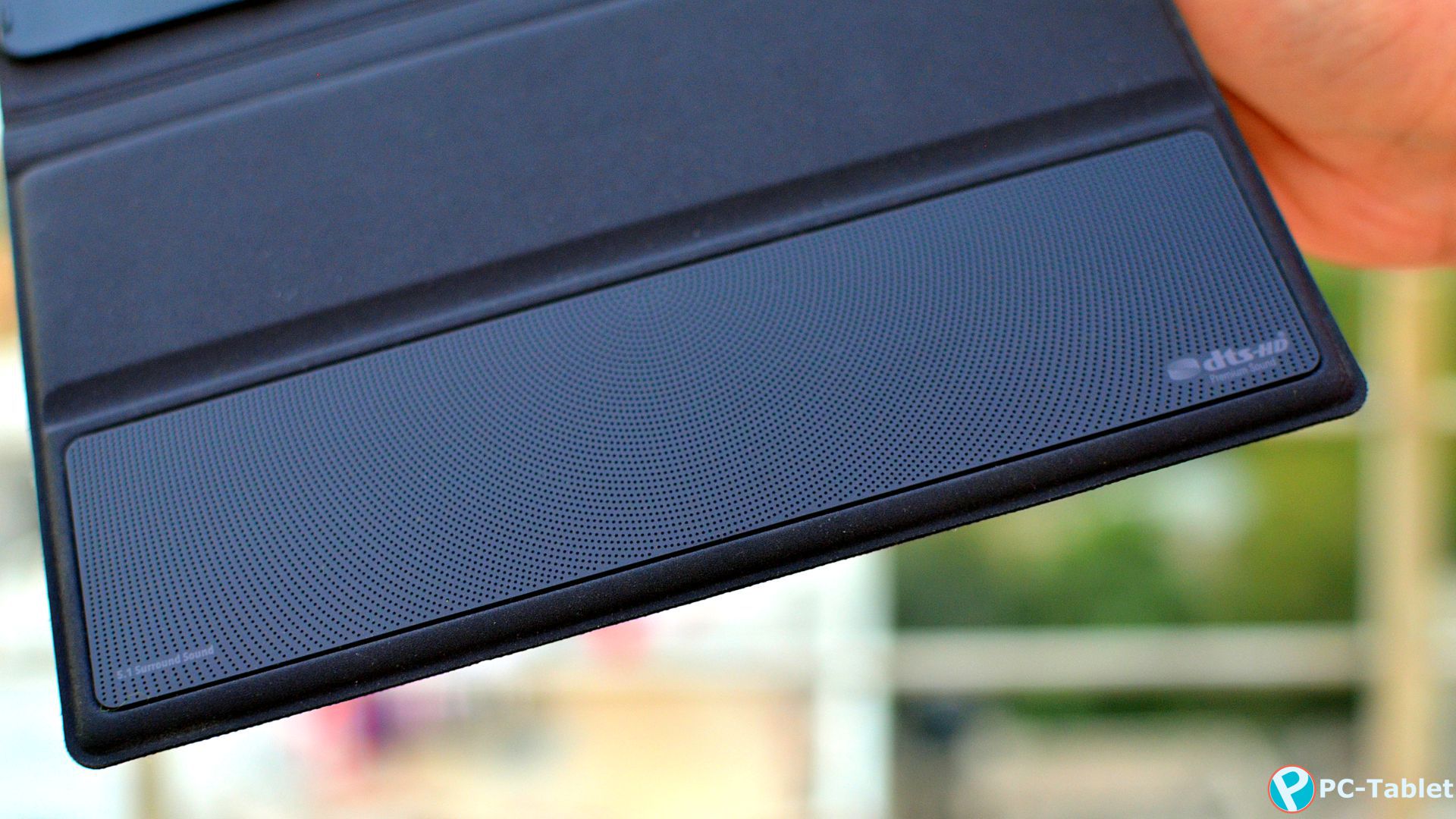 The other one is Asus Audio Cover, which is an external speaker system. It has four Main DTD-HD channel speakers, one Center, and a Subwoofer all housed in one single strip. It also has its internal battery for six hours of power the speaker system.

The cover also acts as protection for the screen and allows the tablet to stand in landscape mode. Just snap-in the cover and it’s all ready to serve you! 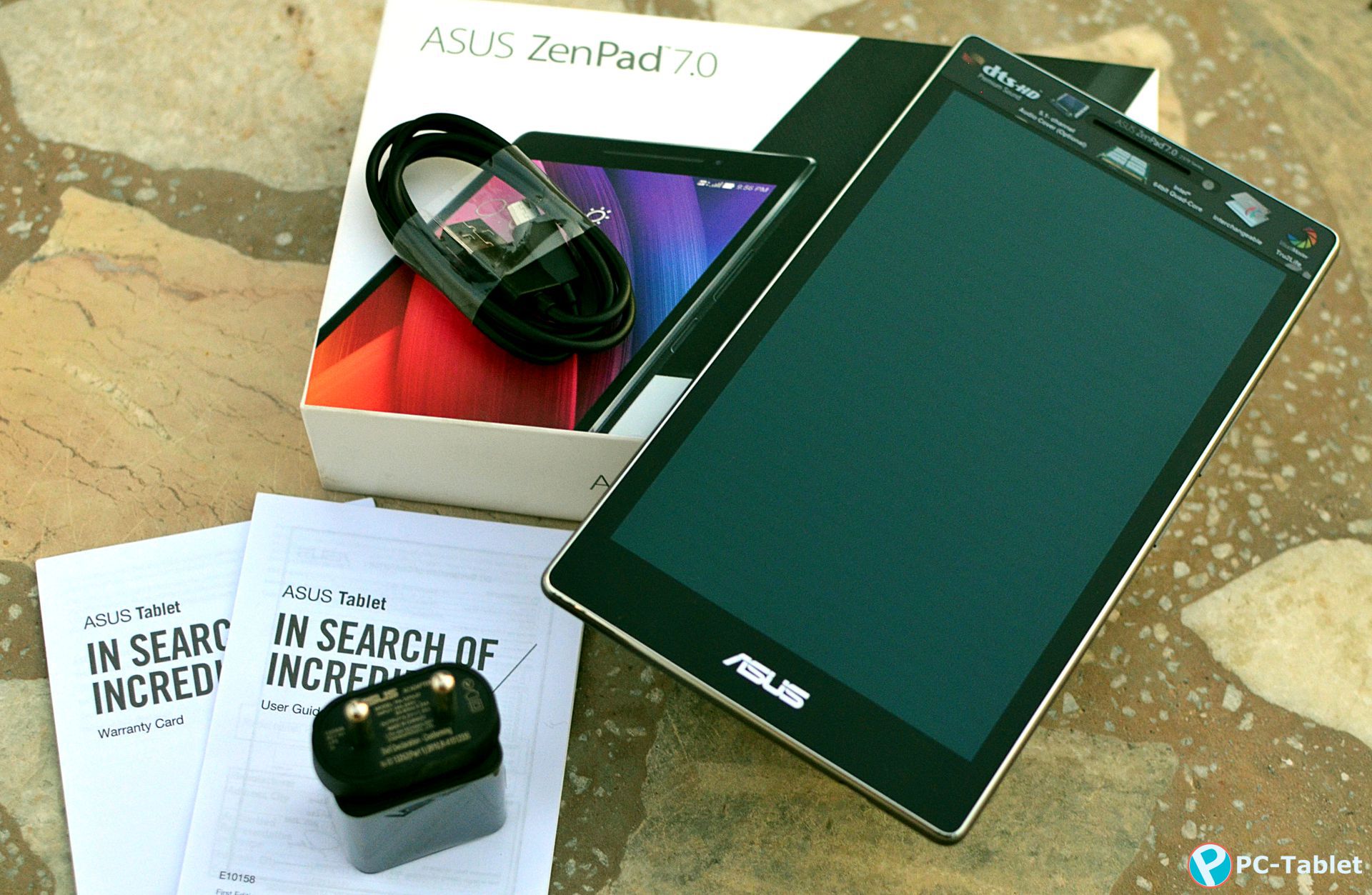 If we have to sum up the good and the bad in few points, starting with the good:

And the bad about this tablet is: 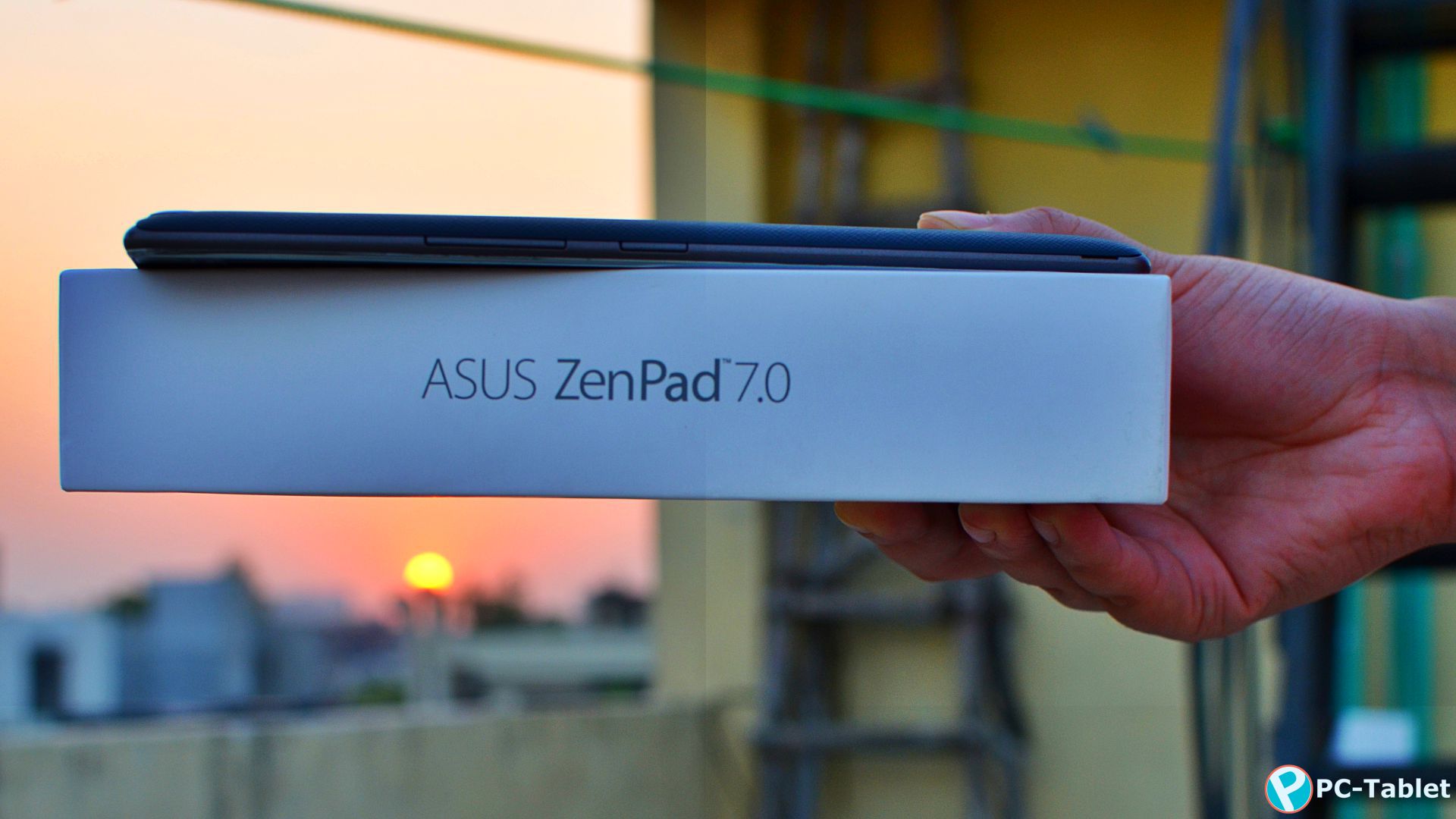 So, rounding things off, first I’ll say the Audio Cover is a worth buy if you are looking for a good protective cover along with add-on speakers.

And apart from 2-3 negatives, the ZenPad 7.0 is worth every single penny, and to my knowledge, it’s one of the best option available in this price segment right now.