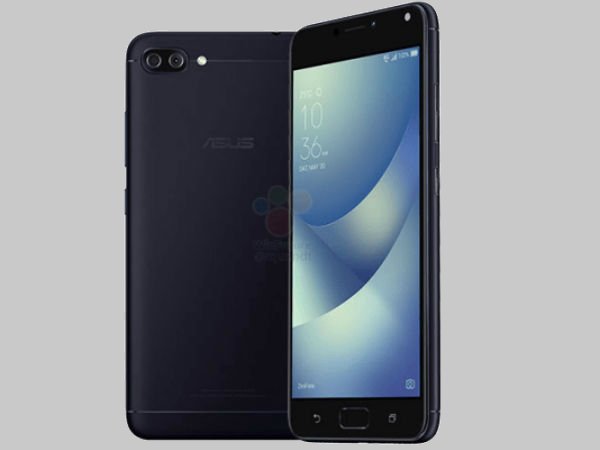 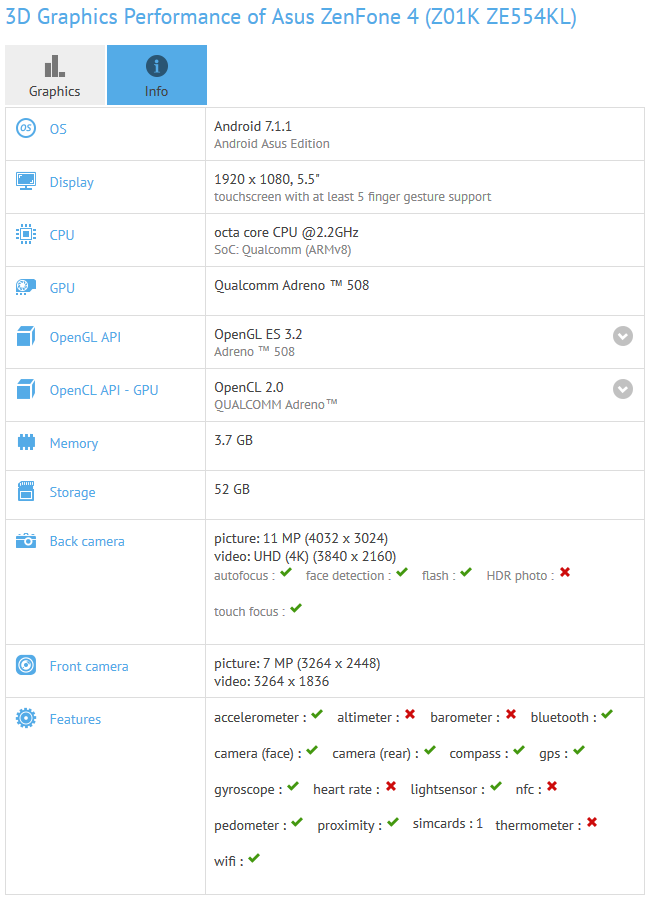 This is the second leak that surfaced the internet after the Zenfone 4 Pro listing, starting with the display, ZenFone 4 has a 5.5 inches display with Full HD resolution and is powered by an octa-core processor with the clock speed of 2.2 GHz. The GPU paired with it is the Adreno 508 which suggests that the smartphone might be coming with the Qualcomm Snapdragon 630 SoC.

The benchmark listing also reveals that the ZenFone 4 will come with 4GB RAM with 64GB built in storage. It sports a single shooter 12MP sensor, but there is a report about the ZenFone sporting a 12MP + 8MP dual camera setup. The front facing camera will be 8MP, and the OS will be Android 7.1.1 Nougat.

The Asus ZenFone 4 might be featuring a 3300mAh battery which is not the part of the GFXBench leaked screenshot but was rumored earlier. Also, it’s been said that the smartphone might be coming with up to 1TB microSD card support as storage expansion option for users. The Asus ZenFone 4 is all set to launch on August 19th, and it could be priced at 499 Euros for the 4GB RAM version which makes $590 according to current exchange rates.