Home News Asus ROG Phone 3 is all about ultimate performance and style to... 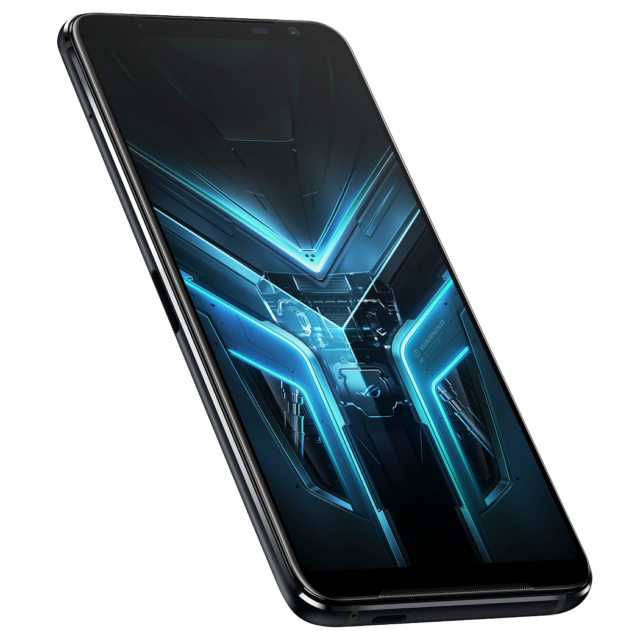 Much of that has to do with the Snapdragon 865 Plus CPU and Adreno 650 GPU that forms the core of the device and is coupled to either an 8 GB or 12 GB of LPDDR5 RAM. You also have two storage options of the UFS3.1 type, a starting 128 GB or 256 GB for the top-end model.

That much of processing power will be of no use without adequate cooling technology is place. Towards that, the phone comes with a GameCool 3 cooling tech that comprises of a new Copper 3D vapor chamber and an expansive graphite film behind the screen to allow for efficient heat transfer. Then there is an enlarged heat sink as well, which too acts to dissipate heat effectively.

A 6.59-inch 2340 x 1080 pixel AMOLED panel makes up the front. The display boasts of 10 bit HDR support and has a refresh rate of 144 Hz. Other salient features of the display that makes it fit for gaming include 270 Hz touch sampling rate, 25 ms touch latency, and 18 ms slide latency. The display has a peak brightness of 1000 nits and has Delta E < 1 percent. There is Gorilla Glass 6 added on top for added protection besides complying with TÜV Low Blue Light and Flicker Reduced certifications to make the display more soothing to the eye.

For optics, the gaming phone comes with a three lens camera system at the rear comprising of a 64MP Sony IMX686 primary sensor, a 13 MP ultra wide angle lens, and a 5 MP macro sensor. For selfies or video conferencing, there is a 24 MP front shooter placed along the top right corner. The rear cam can be used to shoot 8K and 4K videos while the front cam is limited to 1080 pixel resolution for video shoots. You also have the option to take a still photo while recording audio.

The phone meanwhile has a rather conventional design, with thick bezels along the top and bottom and thin strips of it along the sides. That makes for a somewhat ungainly look even though this has much to do with personal preferences. The rear, however, comes with snazzy graphics and some cool lighting effects which befits its stature of a flagship gaming phone.

For power, the phone comes with a massive 6,000 mAh backed by 30 W fast charger. For ease in charging, the phone comes with a side mounted port so that you can charge in landscape mode even when you are playing games. The phone also comes with a dual front-facing speakers with GameFX & Dirac HD Sound which, coupled to the ROG GameFX audio system, ensures you have the most immersive sound experience to make game playing seem all the more realistic.