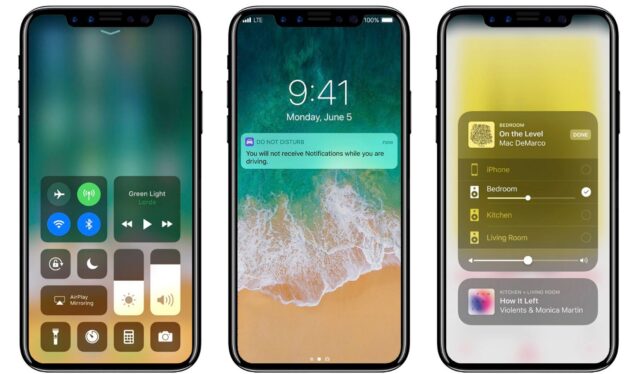 The upcoming iPhone 8 is going to be massive and seems to lack a dedicated home button, a fresh new leak on the Apple device revealed.

As Forbes reported citing inputs from the retailer MobileFun, the upcoming iPhone 8 will feature a full edge-to-edge display with just a minor cut-out at the top as placeholder for the camera and sensors. Further, it is going to be a massive 5.8-inch display this time, which is the biggest ever to be seen on any iPhone device to date. However, with the top and bottom bezels gone, the overall dimensions of the handsets aren’t expected to be any bigger though.

The absence of a dedicated home button points to the fingerprint sensor accommodated beneath the front display. The latter happens to be one of the most desirable features that mobile makers are attempting at the moment. If Apple has really mastered the complex technology, it would easily be the first to achieve that.

Samsung already seems to have goofed off on this so that its upcoming Note 8 is likely to miss out on this key feature. Last heard, Samsung is facing abnormal display behaviour as the region around the fingerprint sensor is having higher brightness than the rest of the display.

Coming back to the iPhone 8, another interesting feature that the new cases reveal is that the twin rear cameras would be vertically stacked along the top left corner. That way, the LED flash is seen housed in between the two lenses.

Another important finding is that the anniversary iPhone 8 might still continue with the Lightning connector as previous gen iPhone devices. So no Type-C port for now. Further, the 3.5mm headphone slot is nowhere to be seen, which means its high time users start adapting to such a scenario.

All of these can be made out from the iPhone 8 cases that the retailer already has listed on its site. Manufactured by Olixar, there are a variety of cases to choose from. They are already on sale in the UK and are priced from £9.99 to £24.99.