It’s true that Apple iPhone 7 will not ship with the traditional 3.5mm headphone jack. As per rumors, the device will offer a lightning headphone port connector, which requires a new cable. However, Weibo, a popular Chinese social networking portal has released several images of the upcoming lightning headphones.

From the images, we can clearly view the lightning port connector and the cable looks lengthy in white color. The leaked images of the accessory clearly look like an official copy and are captured from every possible angle.

While we can view the full length of the cable, there are few close images which showcase the different parts of the connector cable. Moreover, the cables might have been reportedly sourced from another company and not manufactured by Apple directly. 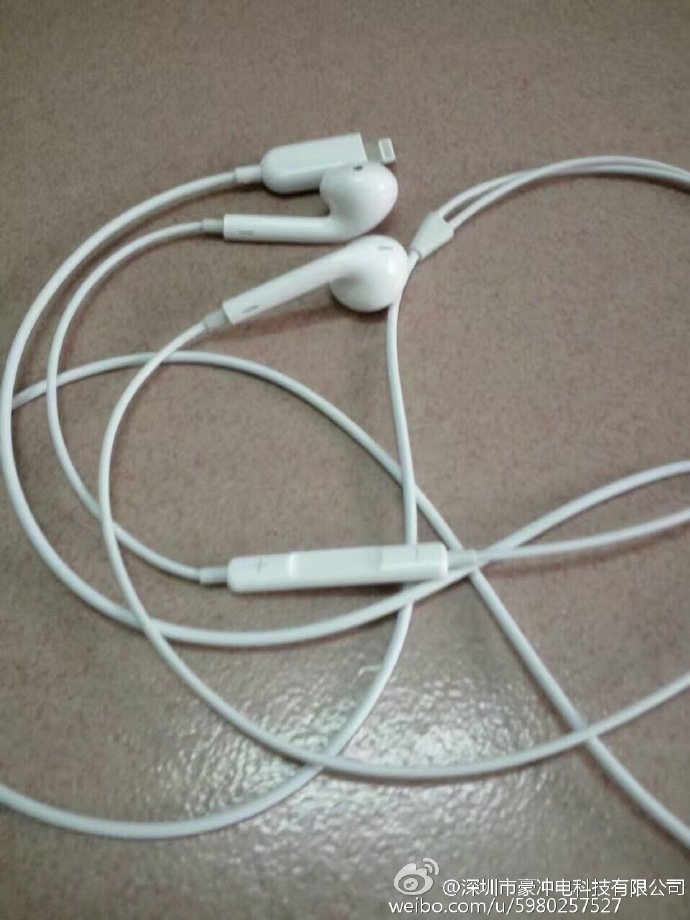 If you happen to test the cable, the quality of the wiring and its finish seems to be par with the quality standards of Apple. Most probably, this cable will be bundled inside the upcoming iPhone 7 and iPhone 7 Plus/Pro.

As of writing this, there are nine images of the new lightning cable captured from all sides. The sixth and seventh images clearly reveal the ear pods, which looks bigger than the conventional port. We can also view the connector plated in light Gold color with as many as nine different connector lines.

The upcoming iPhone 7 is expected to be equipped with a 32GB default storage space instead of 16GB based on the recent trends in the mobile app segment. Moreover, Apple is expected to release iPhone 7 models up to 256GB and will ditch 64GB to accommodate 128GB variant.

Moreover, the iPhone 7 will be 1mm slimmer than the previous counterpart and will be designed in metal. Likely to be available in Deep Blue or Space Black color variants, the iPhone 7 Plus will feature dual camera setup.