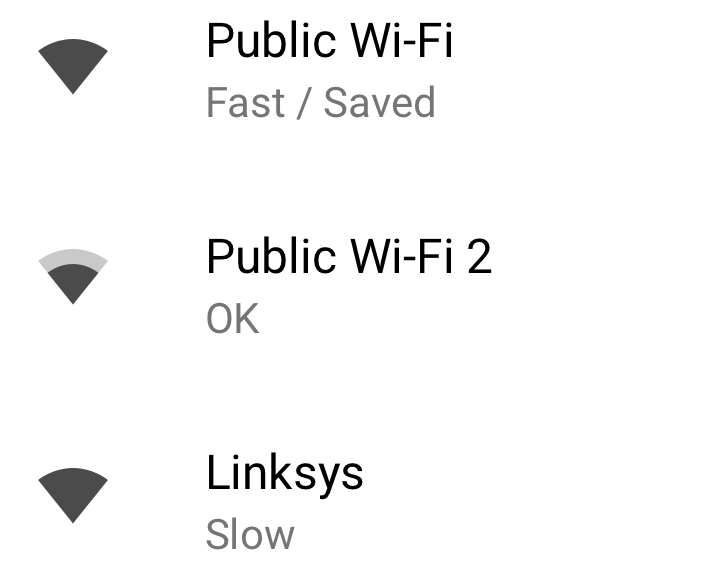 Mobile devices typically list out wireless networks when we switch on Wi-Fi on our devices. And the network with the strongest signal occupies the top spot, with the ones with progressively weaker signals coming down the order.

While the above convention is standard across all devices and platforms, the same can also be grossly misleading. For the one with the strongest signal might often prove to be slow. All of this is set to have greater transparency with the new Android Oreo 8.1 update which will not only provide the networks currently available but will also categorize the same depending on network speeds.

As has been revealed in a Pixel user forum post, Google will be using the terms Slow, OK, Fast and Very Fast to indicate the state of each network with respect to the data speed it provides. Those would be relative terms with no actual figures provided. Nonetheless, those can still be helpful considering that you get to know which network to latch on to for best results.

The same so far would have been based on a trial-and-error process with current Android versions where you would have to try out another network if the current one proves to be too slow. However, the above marking would only be applicable to open Wi-Fi networks that do not need a password to log in.

Also, to elaborate the conventions used to designate the network signal, a ‘Slow’ marking will mean it is only good enough to make calls or send text messages and should be around the 0 – 1 Mbps mark.

Similarly, an ‘OK’ badging would denote speeds of around 1 – 5 Mbps and should suffice for web browsing, making social media interactions or music streaming.

Things begin to get exciting with the ‘Fast’ marking as it signifies data speeds in the vicinity of 5 – 20 Mbps and hence should cater for streaming most video.

‘Very Fast’ badging denotes speed in excess of 20 Mbps and should be enough for streaming even high definition video along with everything else.

The individual speed markings would be accompanying each signal strength indicator and will serve as additional info to help choose the best network depending on what we wish to accomplish once online. However, feature can be turned off from Settings just in case you wish to continue the old fashioned way.

The latest Android Oreo 8.1 has already made it to Nexus and Pixel devices and should start appearing on other Android devices soon.