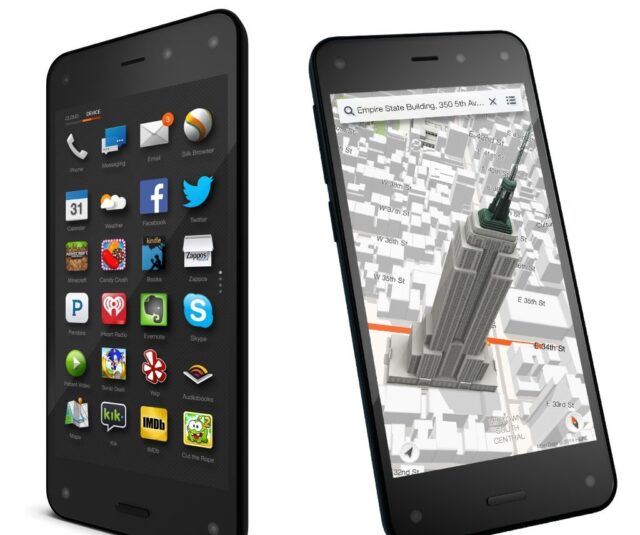 Amazon’s smartphone dreams seems far from over notwithstanding the drubbing its Fire phones received a few years back. While the Fire has since died out, Forbes is reporting that the retail major is reported to be devoting its resources into developing a new smartphone range named Ice.

While the naming is interesting, the said devices are also reported to witness a marked shift in Amazon strategy that has applied to its tablet and smartphone range so far. While almost all of Amazon tablets run a custom Android version that have no access to Google services such as Gmail or Play Store, the trend will likely be reversed with the new Ice devices.

Though unconfirmed but rumor has it that the new Ice device will run the latest Android and will have both Gmail and Play Store on board. That said; expect the device to still carry all of Amazon’s apps and services tightly integrated with the software. After all, that is the sole purpose of Amazon launching a new smartphones, to open up another avenue for users to reach out to its services.

And for that to happen, Amazon is also expected to play the price card as well, with initial report claiming the device would be priced just about $93. The device would also be targeted at the developing countries including India where it is like to go on sale by the end of the year itself.

Also, while details are scant, it is believed the new Ice phones will have a 5.2-inch or 5.5-inch display and will have a Snapdragon 435 chip at its core. The rest of the specs are as moderate as it can be which includes a 2 GB RAM and 16 GB of storage. There will also be a 13 megapixel rear snapper though it is not known what the front cam will be like. The phones are also touted to carry a fingerprint scanner as well.

The only time Amazon had launched a smartphone was in 2014. It came with four front facing cameras, an industry first along with a few other gizmos. However, none of those could save the device from an ultimate doom, something that experts attributed to its lack of software support for standard Google fare such as Play Store and such.

Amazon was eventually forced to discontinue the device, selling off the remaining stock for 99 cents with a two year AT&T contract.

Image shown above is that of the Fire phone and is for representative purpose only.