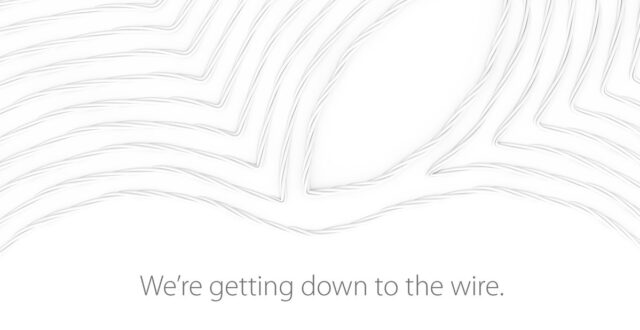 The rumor mill is already abuzz with the next big thing from Apple- the iPhone 8. This year marks the iPhone’s tenth anniversary, as the first iPhone was made available way back in 2007. Apple typically unveils its new flagship phone at the keynote event in September. And it seems Apple invite for the same has been leaked allegedly. The leak comes via Twitter user @dbrand and points towards the possibility of wireless charging capabilities on the upcoming iPhone 8.

In case you didn’t know, Dbrand is a renowned manufacturer for the iPhone along with flagships from Samsung and OnePlus. We’re still not sure as to the credibility of this leaked invitation, but we’d say it’s written in true Apple-style. Also, the invitation, if it turns out to be true, points towards wireless charging finally being a feature in the next iPhone release.

Apple has already applied patents for this kind of technology. Besides, the Cupertino giant has also joined hands with Energous, a company that created its own long-range wireless charging technology called WattUp.

The addition of this feature would certainly be a welcome change, giving the upcoming iPhone 8 that oomph factor that’s been missing off-late. Users who’ve bought the iPhone 7 this year only got a slight hardware upgrade, with others wondering whether to hold off for an entire year to get the next big thing from Apple. For now, multiple reports suggest that the iPhone 8 is expected to be a major upgrade in terms of design and technology.