Micromax sub brand, YU is all set to launch the YU Yunique 2 smartphone in India on 24th of July. The device is the successor of YU Yunique and the Yunique Plus handsets. But before its launch, a retail box of the smartphone has been leaked on the website.

The retail box confirms the handset name and also gives an idea about the aesthetics of the smartphone. The box displays the front end of the phone which featured with a front camera, proximity sensor, and an earpiece. The perimeter of the phone features a metal rim running around the edges. However, the retail box does not give any indication regarding the screen size or the specifications of the handset. 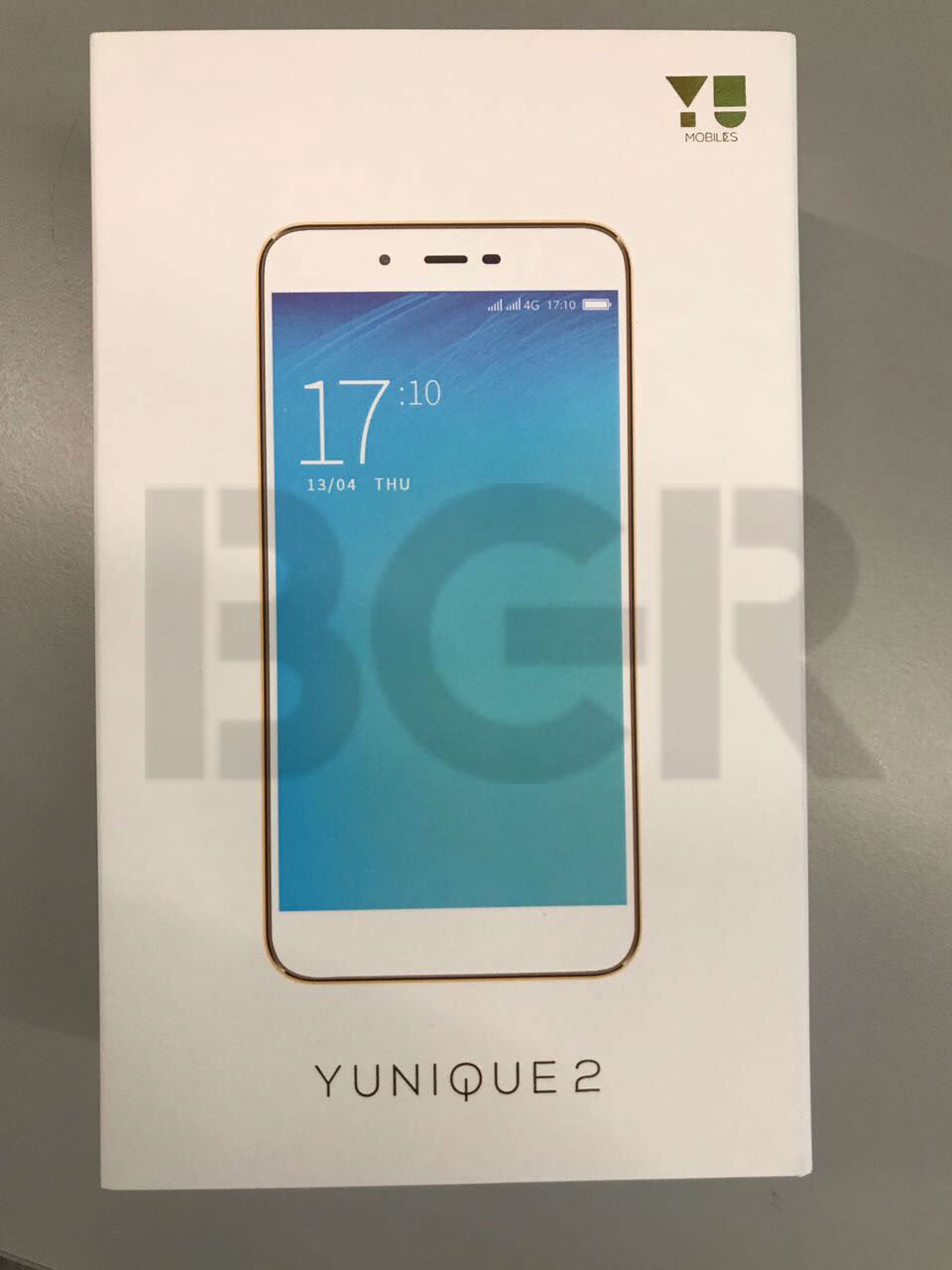 The two new YU smartphone with model number YU5011 and YU5012 were recently spotted on GeekBench benchmark listing. According to the GeekBench, the handset seems to be powered by 1.2GHz quad core MediaTek’s MT6737 chipset and Android 7.0 Nougat. The listing also states that the model number YU5011 is features with 2GB RAM and YU5012 is equipped with 3GB of RAM. We are yet to know more details about the YU’s new offering followed by the Yureka Black.