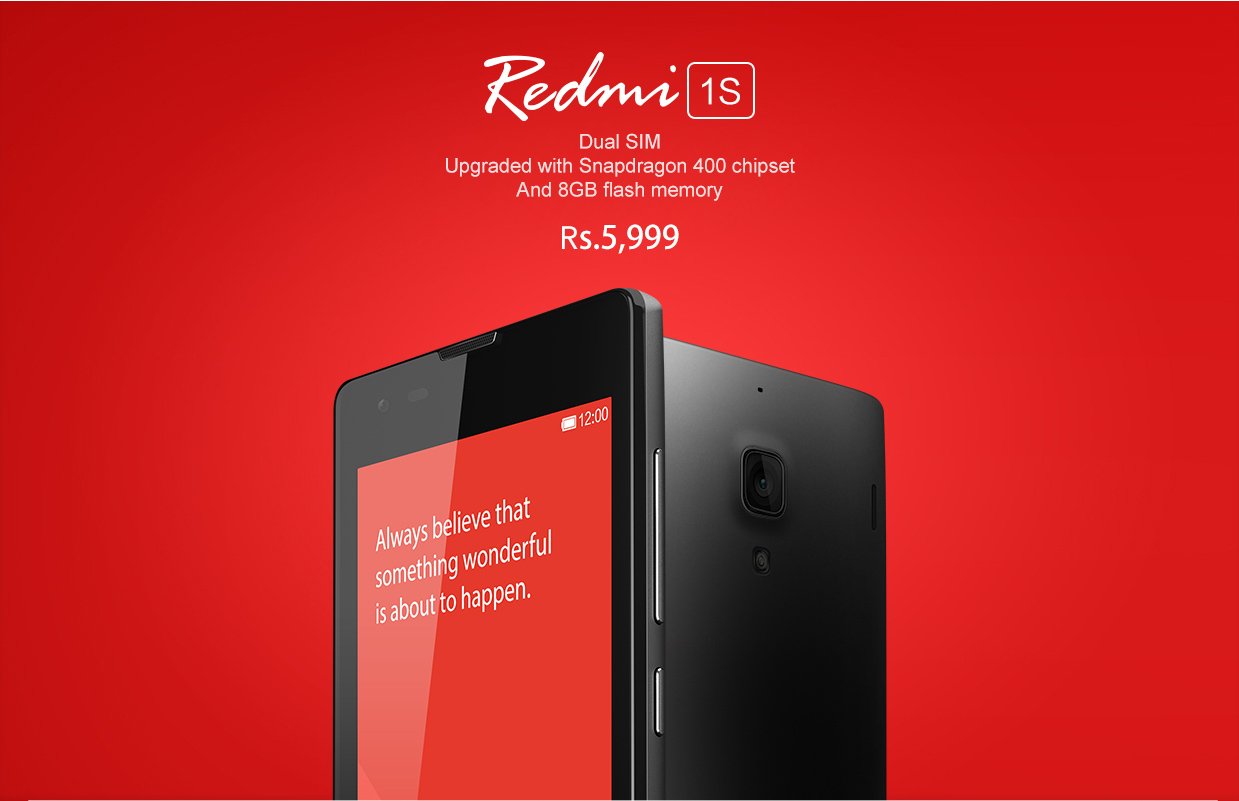 Those who have registered for the flash sale can grab today the much hyped Xiaomi Redmi 1S on Flipkart. The device will go up for sale at 2 p.m. India time.

Hugo Barra, Vice President of International for Xiaomi, announced in a Facebook post that the Redmi 1S will hit the markets once again starting Tuesday, December 23 on Flipkart. He also mentioned the launch back of the 4G version of the Redmi Note without revealing the date.

The sales of Xiaomi devices were banned following a patent infringement lawsuit filed by Ericsson. However, the Delhi High Court lifted the ban under certain terms, allowing Redmi 1S and Redmi Note 4G to resume sales in India.

Earlier, the Delhi High Court barred Xiaomi from selling its devices in India following Ericsson’s accusation of infringement of at least eight of its patents including 3G, EDGE and AMR technologies. However, Xiaomi defended that it is also selling devices running on Qualcomm chipsets, which are licensed by Ericsson to Qualcomm. This in turn means that Xiaomi devices running on Qualcomm chipsets are not infringing upon Ericsson’s technology patents.

Following the appeal, the Delhi High Court lifted the ban on sales of Xiaomi devices running on Qualcomm chipsets, which include the 4G variant of the Redmi Note and the Redmi 1S. However, Xiaomi will require holding its sales of the 3G variant that runs on a MediTek processor.

Xiaomi’s Redmi 1S is priced at INR 5,999 for the Indian marketplace and is expected to revolutionize the basic smartphone market segment. The phone comes with a dual SIM slots and the microSD card slot and is packed with a quad-core 1.6GHz CPU.