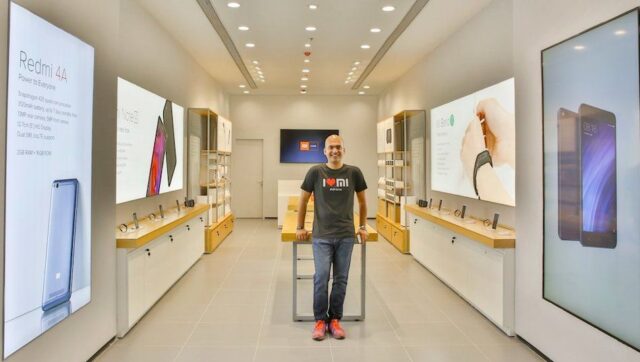 Chinese smartphone brand Xiaomi is gearing up to open its signature “Mi Home” retail store in Delhi-NCR. The confirmation is provided by Manu Kumar Jain, Vice President, Xiaomi and Managing Director, Xiaomi India.The company is already driving in the success mode and to remark its legacy and brand identity; this would be the best time to open a retail store in India.

Notably, the company has recently created a world’s largest grain mosaic art covering the mammoth area of 6,000 square feet at Thyagraj Stadium in New Delhi to celebrate the success of sales of Redmi Note 4 handset. Xiaomi has reportedly sold over five million smartphones in merely seven months this year.

Delhi-NCR will get its ‘Mi Home’ sometime very soon. Perhaps in next few weeks. In about six months time (from January 23-July 23 this year), we sold over five million units which are incredible when compared with some of the best-selling phones like Samsung J2. Last year, 3.3 million units of J2 were sold in the first six months. We are making significant progress in rural areas too. We are doing some pilot programs in tier II and III cities and villages like taluka headquarters. We are working with retailers there in a very different and innovative way.

Xiaomi has made a remarkable presence in India in the last three year, and the company is looking forward to creating a larger footprint in the country by offering retail stores across India. The company has already acquired a significant amount of market share in India, and they are giving a tough time to the rival brands. It seems that company is on the right track and we hope that they will bring some best in class offerings in the future as they are already ruling the entry and mid level segment in the country right now.