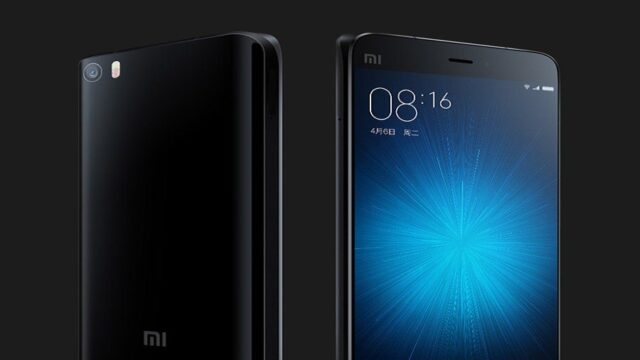 Xiaomi is preparing for its new flagship smartphone release this year, Mi 6. There are lots of rumors running around about Mi 6 features and the craziest one is that Mi 6 may feature a 3D Touch technology in its display. There are more rumors about Mi 6 but we know one thing for sure that Mi 6 is also going to be the most affordable smartphone according to the specifications. Let’s discuss rumors and see if these could make Mi 6 a better smartphone than its predecessor.

Xiaomi Mi 6 may be coming with a bezel-less smartphone on the edges and a smaller screen to body ratio. The screen size is same as Mi 5 but the resolution can be Quad-HD and 570 PPI pixel density, also protected with Corning Gorilla Glass 4. There is a rumor going around about 3D touch display is Mi 6 with MIUI 8 based on Android 6.0 Marshmallow.

To make Mi 6 a flagship smartphone, Xiaomi may again introduce a new SoC from Qualcomm; Snapdragon 835. And the graphics processor may be Adreno 540, which is an upgraded version of the previous GPU with Snapdragon 820. The number with the word RAM is a new benchmark in smartphones today so Xioami should also add something to the previous RAM number and upgraded it to 4 and 6 GB. There might be two variant of Mi 6 with 64 GB and 128 GB memory and ti won’t be expandable this time too.

As most of the brands already adapted dual camera setup on their smartphones so Xiaomi could also be planning to add a dual 12 MP camera setup on Mi 6 with dual LED dual tone flash. And this time the aperture size could be smaller than before; f/1.8. The Mi 5 was capable of shooting 4K videos at 30 frames per second and Mi 6 could also be able to do that. There is no upgrade in front-facing camera for Mi 6 as per rumors but Xiaomi should upgrade it further in Mi 6.

There are no rumors about the battery in Mi 6 and there might be no change in the battery because the display is same and the new Qualcomm Snapdragon 835 processor is battery saver, so a 3000 – 3200 mAh battery could be better for Mi 6. And quick charging is the part of new Snapdragon 835 SoC so this could also be the feature in Mi 6.

A front mounted fingerprint sensor will be there in Mi 6 just like we saw on Mi 5 last year and USB Type-C can also be the part in Mi6 just like in Mi5. There could be a possibility that you will see the Mi 6 in a metal body and new colors.

Xiaomi Mi 6 will definitely give a tough competition to brands like Samsung and other most successful Chinese brand; OnePlus. We are eagerly waiting for this flagship just like iPhone 8, tell us what you think about these rumors and what you want to see in the next Xiaomi’s flagship?