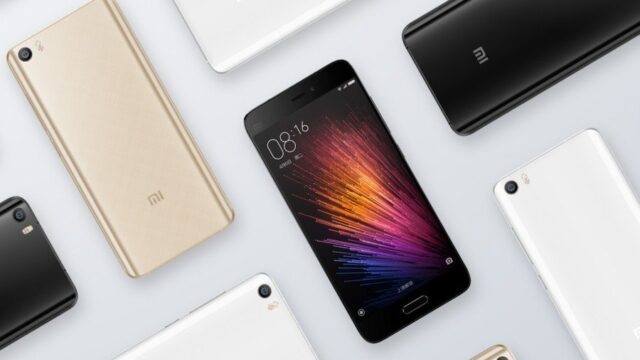 The rumored specifications of the Xiaomi Mi 5s has been spotted on AnTuTu. As per the latest revelation, the upcoming Mi 5s will ship with 256GB default internal storage, Snapdragon 821 processor and 6GB of RAM. Touted to be a successor to the currently available Xiaomi Mi5, the phone has been in talks on the rumor mills for quite some time.

According to reports, the Xiaomi Mi 5s has been cleared by 3C regulatory body and departed from the TEENA certification facility in China. However, a new rumor that has emerged from China reportedly reveals the complete specifications of the forthcoming phone, which includes the processor and storage.

The Xiaomi Mi 5s will feature a 5.15-inch Quad HD (2560 x 1440) display with Corning Gorilla Glass protection. According to reports, the display will be equipped with the latest Corning technology. The display also comes with 3D touch feature that will have the capability to distinguish between a normal tap and a force tap.

Talking about the internals, the Xiaomi Mi 5s will be powered by a Snapdragon 821 processor, which runs at a clock speed of 2.5GHz. Moreover, the phone will have an advanced Adreno 530 graphics coupled with a massive 6GB LPDDR4 RAM and 256GB default internal storage.

The main catch of Xiaomi Mi 5s is the huge 256GB default storage. The rumor doesn’t specify whether the phone will have an expandable micro SD card slot. If Xiaomi can provide up to 256GB expansion, then you will be able to get 512GB of storage.

The handset offers a 16-megapixel rear camera with support for autofocus, LED Flash, 4-axis OIS, PDAF including the ability to record videos in 4K at 30fps. Although we don’t have any exact information about the front-facing snapper, rumors suggest that the phone will ship with a 4MP sensor.

Like the Mi 5, the Mi 5s will also carry a fingerprint sensor for enhanced security. The phone will be loaded with Android 6.0.1 Marshmallow on top of MIUI 8.

The alleged new smartphone will ship with a 3490mAh battery with fast charging support. Recently, Xiaomi made it a habit of launching new phones with a 4000mAh battery. Hence, the presence of a huge battery doesn’t come as a surprise.

Xiaomi Mi 5s will be heavier than Mi 5

As far as connectivity side is concerned, the dual-SIM handset features GPRS/EDGE, 3G, 4G, VoLTE including NFC. With a thickness of 7.2mm, the handset weighs 147 grams, which is tad heavier than the original Mi 5.

With the leakage of full specifications, we can expect the launch of Xiaomi Mi 5s within the next few days. We will keep you posted. Stay tuned with PC Tablet.