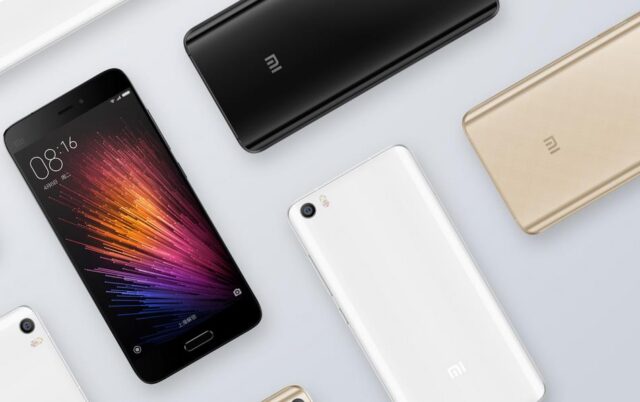 Xiaomi has launched its flagship smartphone Mi 5 in India in Black, White, Gold, and Ceramic colors at Rs. 24999. Initially launched in China in three variants such as standard, prime and pro, India is the second country, where the device has been released before the launch in other markets.

Xiaomi has only launched the 32GB non-expandable storage variant with 3GB RAM at today’s launch event with no information about the availability of 64GB and 128GB storage models.

Commenting on the launch of Mi 5, Hugo Bara, CEO, Xiaomi revealed that Mi 5 is the first device in India to incorporate Snapdragon 820.

On the specifications front, Xiaomi Mi 5 features a 5.15-inch FHD IPS high contrast curved 3D Ceramic glass display with a pixel density of 428ppi in addition to a Snapdragon 820 chipset, Adreno 530 GPU, 3000mAh battery and loaded with Android Marshmallow out of the box on top of MIUI 7.

Although the standard edition features a 1.8 GHz Kryo processor, the prime and pro variants previously released in China will feature a processor with higher clock speed of 2.15GHz Kryo.

Moreover, the handset also comes with a 4MP front-facing shooter with 2-micron pixels, which produces great quality visuals at low-light conditions including a f/2.0 aperture with the ability to record videos up to 4K.

Featuring a sensitive front-facing fingerprint sensor, Xiaomi Mi 5 is integrated with fast charging technology, which enables you to charge the device in 30 minutes. When compared to predecessors of Mi 5, the device is capable of charging 20 percent faster and also provides support for VoLTE, Wi-Fi 802.11 a/b/g/ac, 4G, Bluetooth 4.2, Glonass, infrared remote and NFC.

During the launch event, Xiaomi has also announced accidental damage protection for one year with Mi Protect.

Xiaomi, in February has launched Mi 5 with 64GB and 128GB internal storage in China. We don’t have any information about the availability of these variants in India.