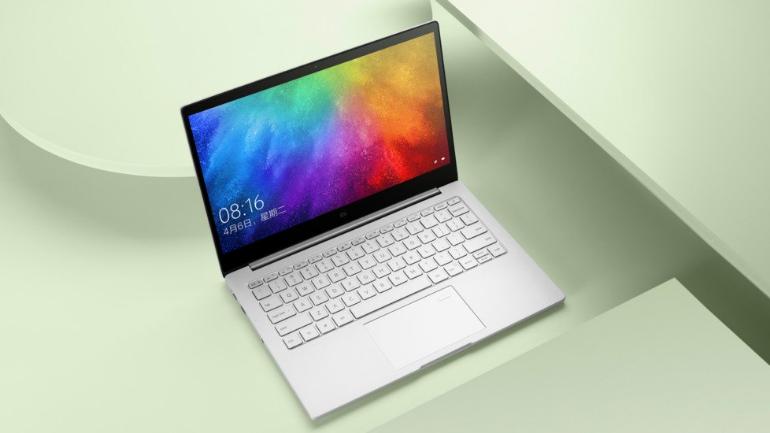 The smartphone giant Xiaomi has now expanded its portfolio with the launch of two new affordable Mi Notebook Air models in its homeland China.

The new Mi Notebook Air comes in two screen sizes- 13.3″ and 15.6″ that are driven by the latest 8th generation Intel Core i3 processors and run Windows 10 Home Edition. Let’s talk about both of them in detail.

This new Mi Notebook Air sports a 13.3-inch display panel with a Full-HD resolution of 1920×1080 pixels and 170-degree wide viewing angle. Further, it offers a maximum brightness of 300nits, and brings in an 80.1 percent screen-to-body ratio.

Under the hood, it is powered by 8th generation Intel Core i3-8130U with dual-core four-thread processor with L3 4MB cache, clubbed with integrated Intel UHD graphics 620 (no dedicated GPU), 8GB of DDR4 RAM, an 128GB of SSD storage. If in case you want more storage, Xiaomi has also given the option of external hard drive expansion.

The Notebook bears a metal design weighing just 1.3Kgs, followed by a thickness of 1.48cms. It also gets a full-sized backlit keyboard with 1.3mm key travel and 3nits brightness. The touch pad is made out of glass and supports multi-finger gestures.

Powering the Notebook is a 40W battery cell, claimed to offer an endurance of 9.5 hours. For video calling, we have a 1-megapixel 720p shooter with a digital array microphone.

This version of the Mi Notebook Air comes with a larger 15.6″ display with Full-HD (1080×1920 pixels) resolution. Rest all specifications remain same.

It is powered by the same Intel core i3 8th gen CPU but with 4GB of DDR4 RAM, 128GB SSD and a dual fan cooling system with 2+2 heat pipe layout.

Being larger of the two, it gets the perks of more number of ports including a USB 2.0, a Gigabit Ethernet port, an HDMI port, two USB 3.0 ports, a 3.5mm headphone jack, and a 3-in-1 card reader slot.