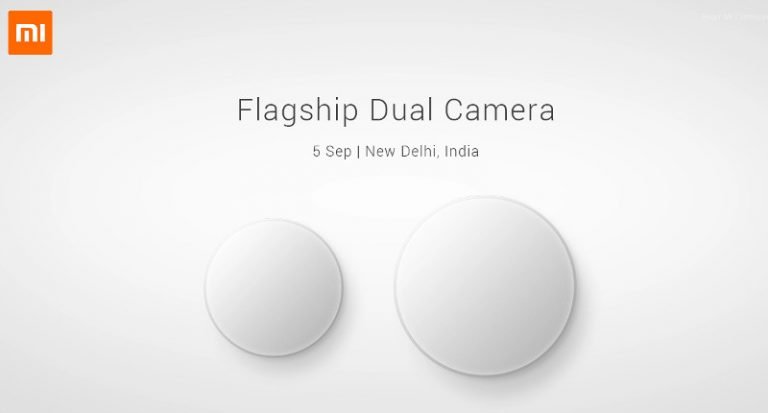 Xiaomi is all set to launch its next mid-range offering, the Mi 5X smartphone in India on September 5th. The company has already started sending out press invites for the event and the company’s top official, MD, Manu Kumar Jain has also confirmed the launch. However, the Xiaomi Mi 5X is already unveiled in China with a price tag of RMB 1,499 (INR 14,200).

As per the specifications, the Xiaomi Mi 5X will come with Hybrid dual-SIM capabilities and packs a 5.5 inches full-HD LTPS display and is powered by the 64-bit Octa-Core Snapdragon 625 SoC coupled with Adreno 506 GPU and 4GB of RAM. The smartphone will come in two ROM variants i:e 32GB/64GB which is further expandable up to 128GB via microSD card. The phone runs on Android 7.1.1 (Nougat) operating system with MIUI 9 on the top. There is a 3080 mAh Non-removable Li-Ion battery which comes with fast charging capabilities.

On the optics front, The Xiaomi Mi 5X is the first Xiaomi smartphone with a dual camera to launch in India. It packs Dual 12 MP sensor which comes with PDAF, 2x optical zoom, dual-LED (dual tone) flash, and F/2.2 aperture. Whereas, on the front, there is a 5MP lens which comes with 1080p video recording. The connectivity options include Wi-Fi 802.11 a/b/g/n/ac, dual-band, WiFi Direct, hotspot, A-GPS, GLONASS, Bluetooth 4.2, and USB 2.0. The phone has fingerprint sensor which is situated at the back.

The phone has a fingerprint sensor which is located at the back. The smartphone is measured at 155.4 x 75.8 x 7.3 mm and weighs around 165 gram which is quite appreciable as far as its form factor and design is a concern. The Xiaomi Mi 5X will come in three color variants i:e Black, Gold, and Rose Gold and we shall know the pricing and availability of the device in the coming weeks.