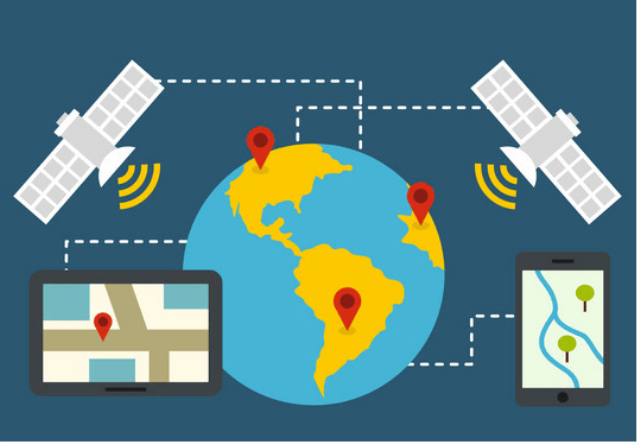 In 2020, using the Global Positioning System, commonly known as GPS, is second nature for some. It is a satellite system created in the early 1970s by the U.S. Department of Defense and made widely available to the world in 1993 by the U.S. Air Force. When it was first released, a U.S. government policy made it, so civilians received a degraded signal, while the most accurate positioning data was reserved for military use only. But in 2000, this policy ended.

The primary purpose behind the design of GPS was to provide real-time coordinates for use in navigation. Anyone with a smartphone can quickly find directions to the desired destination in just a few steps. Map-making software followed behind GPS, and GPS revolutionized the way maps were both produced and used.

GPS has many more applications than merely serving as a commuting tool. For example, GPS is used in aviation, ocean navigation, agriculture, manufacturing, and space flight. Unsurprisingly, you will find a GPS receiver inside almost every cell phone worldwide as well as cars.

With advances in technology arriving at faster rates every year, what can be improved upon for our current GPS satellite system? Unsurprisingly, improved GPS is already in the works.

GPS 3 is the future of navigation, and it may be available for widespread use as early as 2023. It is the next generation of our current system, GPS 2. It is designed to be three times more accurate, with an enhanced signal which translates to more accuracy and reliability. The enhanced signal will allow GPS 3 technology to overcome interference that may degrade the signal’s quality.

Additionally, the new GPS 3 satellites are predicted to last 15 years and are designed to adapt through technological advances and mission objective changes. Another impressive feature of GPS 3 is that it will use a new L1C civilian signal, which shares the same frequency as other systems in Europe, Japan, and China. This compatibility allows the GPS 3 satellite system to collect data from multiple navigation systems to make inaccurate navigation an occurrence of the past.

With new technological innovations coming our way, it is interesting to explore how they will benefit GPS trackingmap software and make navigation a more seamless process for individuals worldwide. Currently, GPS provides us with infinite amounts of point coordinates using latitude, longitude, and altitude. Improving the precision of these coordinates allows people on foot or in vehicles to be tracked and map previously uncharted roads, trails, and service roads.

GPS supports the accurate mapping of the real world. It helps map and model mountains, rivers, cities, buildings, and everything else in between. Anything that is measured by GPS can be shown on maps, utilized in map-making software, and displayed in the geographical information system (GIS).

GPS and the U.S. Military

Along with the aforementioned role of GPS in automated cars and navigation systems, there is also a role for GPS use in the U.S. Military. GPS 3 signals are much stronger than the current GPS 2 signals that are currently being used. With the increased power of the GPS 3 signals, the U.S. Military can use their corresponding satellites to transmit encrypted M-Code signals that are more resistant to jamming. But to reach this possibility, a new operational control system must be built by Raytheon, which is set to debut in 2022 or 2023.

GPS is a satellite system that was initially created by the U.S. Department of Defense. The first civilian release of GPS was a degraded signal. Until in 2000, the policy mandating the degraded civilian signal was overthrown. Now, it is widely used in devices, from smartphones to automated cars. Although the accuracy of the current GPS system is advanced, it is due for an improvement. The new GPS 3 system will be compatible with other satellite systems in Europe, Japan, and China. Meaning, the accuracy of the signals will be unmatched.

Overall, the future seems bright in terms of the technological advances in store for GPS. It has come a long way since its creation in the U.S. We are now waiting until GPS 3 satellites are widely utilized to reap the benefits of the new technology.

Ashlyn is a young communications professional with disciplined training and apt exposure. He has been a voice for a number of media houses in the country and overseas. Travel, Technology, Consumer, Real Estate and Healthcare have been his main areas of practice using conventional messaging with effective digital strategies.