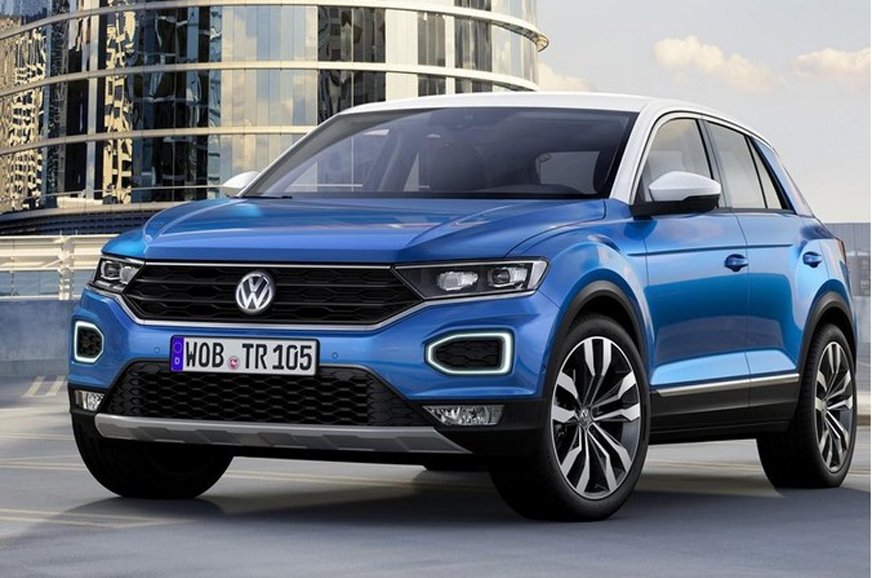 The much awaited Volkswagen T-Roc has officially marked its international debut at an event today. The production-ready model of the Volkswagon T-Roc SUV which is slated to a niche below the Tiguan in the global market will be hit the commercial retail from November this year. As officially confirmed, the price of this keenly expected SUV will be starting from nearly €20,000 or Rs. 15, 11,655. As admitted by the R&D head of VW, the SUV is an improved and hotter variant of VW’s existing range of SUV.

Though T-Roc is the smallest Volkswagon SUV yet to be launched; even tinier than the Tiguan, but it is developed on the same platform – the MQB – which most of the Volkswagen sedans and SUVs usually come with. At first glance, the T-Roc appears like a baby Volkswagen Tiguan, but if you look closely, the latest edition is hotter than the Tiguan. Though the Volkswagen T-Roc looks compressed, its length is more 4 meters, and longitude is 4,234 mm. Featuring a 445-litre boot, the SUV also provides options for rear folding if required. With an expandable luggage space up to 1,290 liters, when the rear seats are twisted horizontally. With a low height and broad stance, the vehicle seems to have a more car-like department than an SUV.

Likewise, the dual-tone shades are giving Volkswagon T-Roc look a little bit sportier. The taillamps and headlamps are integrated with the LEDs in them, and just like the Tiguan, the T-Roc is also a squared-off SUV, with well-developed creases. The SUV’s sporty and aggressive look is complemented by a 3D radiator grille alongside honeycomb layout and the idiosyncratic LED headlamps. Moreover, there are also massive air intakes and the fog lights on its frontage bumper which are integrated with LED turn indicators.

Regarding power and motors, the SUV is shipped with five variants including three petrol and two diesel engines. The petrol versions include a 1.0-litre 3-cylinder, producing 117bhp and 271Nm and a 1.5-litre 4-cylinder which produces 152bhp and 339Nm. The topmost model of this portfolio is fuelled by a 2.0-litre 4-cylinder petrol engine which is capable of producing 193bhp and 434Nm of torque. The oil burner of the SUV includes a 117bhp, while the 1.6-litre/4-cylinder and a 2.0-litre/4-cylinder diesel unit can create two states of tunes including 152bhp and 193bhp respectively. The transmission options of this SUV include a 6-speed manual and a 7-speed dual-clutch automatic motor.

With the configuration of 5-seats, the VW T-ROC features a quite spacious and feature-loaded compartment. Measuring 4,234mm length, 1,819mm width, and 1,573mm height, the SUV has a wheelbase of 2,603mm. Featuring a new 11.3-inch active info display the interior of the car is also integrated with the digital instrument and a floating dashboard. Moreover, the SUV has also gotten an 8.0-inch touch screen infotainment system which complements the apps like Apple CarPlay, Android Auto, and MirrorLink.