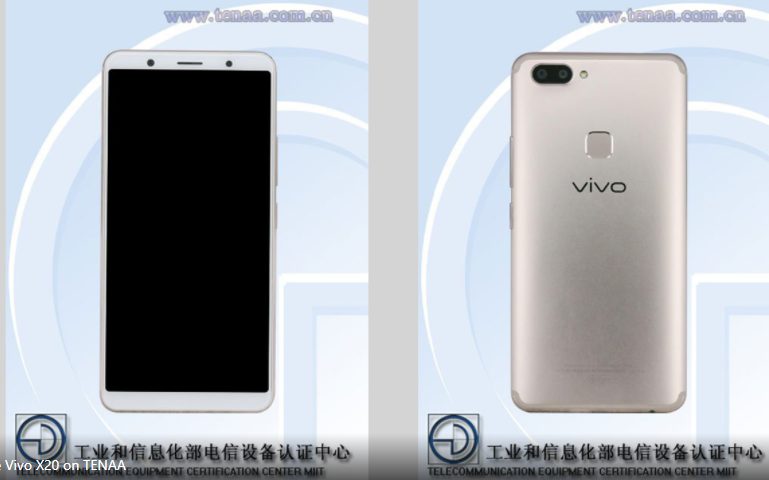 The Chinese brand Vivo is all set to unveil the V7 and V7+ smartphone in India tomorrow. And now the company’s two new bezel-less smartphones has surfaced online on the Chinese certification site TENNA. The sites reveal the smartphone under the name Vivo X20 and Vivo X20 Plus along with some specs. The leaks suggest that the phones are equipped with a bezel less display with curved edges. Moreover, the images also indicate that there is a dual camera set up on the rear with a fingerprint sensor and a Vivo branding. 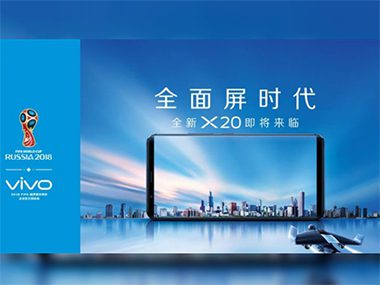 Both the smartphones are likely to be backed by a 3500mAh battery and run on Android Nougat 7.1.1 operating system. On the camera front, the smartphone duo is expected to pack a 24 MP front facing shooter same as V7 and V7+. Moreover, the sites also speculate that the smartphones will boost with 18:9 aspect ratio and metal uni body aesthetics.

More importantly, the news site also suggests that the upcoming Vivo X series smartphones will be packed with the under display ultrasonic fingerprint sensor which was previously showcased in Vivo Xplay smartphone at a China event couple of months back. As we know that Vivo has confirmed to launch their V7 and V7+ smartphone in India tomorrow. The V7 and V7+ are expected to pack with 5.7 and 5.99 inches HD+ display respectively with 18:9 aspect ratio. The device is likely to be powered by the Qualcomm Snapdragon 625 SoC which further paired with 4GB RAM and Adreno 506 GPU.

On the camera front, the X series smartphone duo is likely to sports a 24MP front facing camera and 16MP rear shooter. The smartphones may be backed by 3225 mAh Li-ion non-removable battery. So, stay tuned with PC-Tablet for further updates.