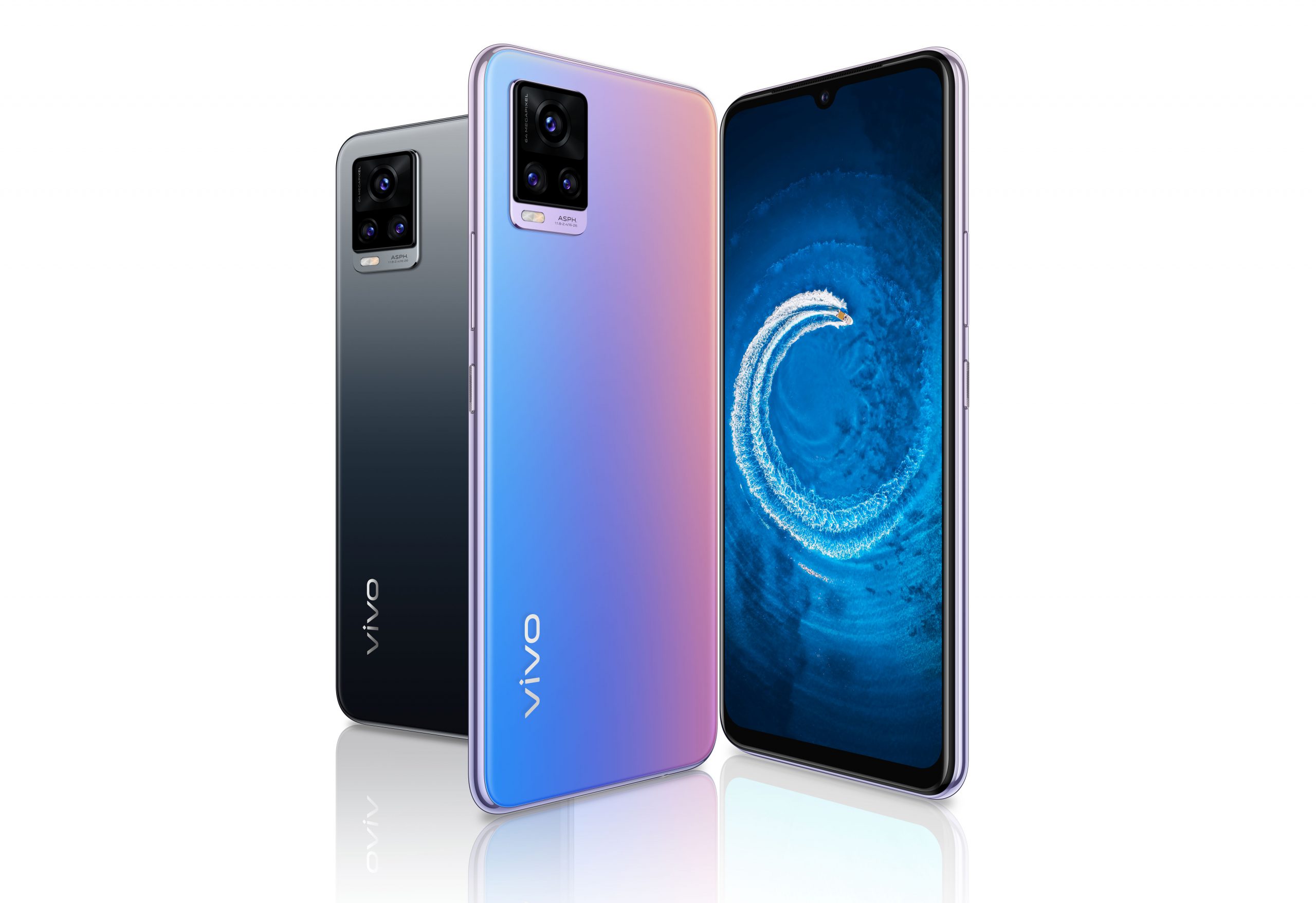 Vivo has launched the new V20 smartphone in India which succeeds the V19 that was launched only in May 2020. Now, there already is a successor to it which comes with better specs and promises an improved camera experience which now comes with an eye-tracking autofocus feature.

On the front, the V20 comes with a 6.44-inch full HD+ AMOLED panel that looks absolutely stunning. Behind it lies a Snapdragon 720G processor that works in unison with an 8 GB RAM and 128 GB of native storage on the base model. The top-end V20 comes with 256 GB of storage paired to the same 8 GB of RAM. Storage is further expandable on both models to a max of 1 TB.

Coming to the camera, the V20 comes with three of it on the rear with a 64 MP camera being the primary sensor. Thereafter, there is an 8 MP super wide-angle camera along with another 2 MP monochrome camera. The other big highlight of the phone is its 44 MP selfie camera with f/2.0 aperture and eye-tracking feature.

While this makes the raw hardware specs of the camera, the V20 boasts of a host of scene modes for the front shooter. Those include super night selfie, selfie aura screen, light selfie, slo-mo selfie, dual view video, and so on. For the rear cam, you have pre-built modes such as motion autofocus, super macro, bokeh portrait, multi-style portrait, tripod night mode, to name a few.

For power, the V20 gets its juice from a 4000 maH battery supported by a 33W flash charge. The phone runs Funtouch OS 11 which is based on the upcoming Android 11 version. Connectivity options include Bluetooth 5.1, Wi-Fi, and USB Type-C along with GPS, Beidou, Galileo, GLONASS, and NavIC.

The phone is available in attractive shades of Midnight Jazz, Sunset Melody, and Moonlight Sonata. As for its price, the base 128 GB model is priced Rs. 24,990 while the top model with 256 GB of storage costs Rs. 27,990. Pre-orders are currently being accepted while sale starting from October 20 onwards from Flipkart, Vivo E-store as well as offline retail stores. Check for attractive launch offers and discounts that can drive the price down by a few hundred more.