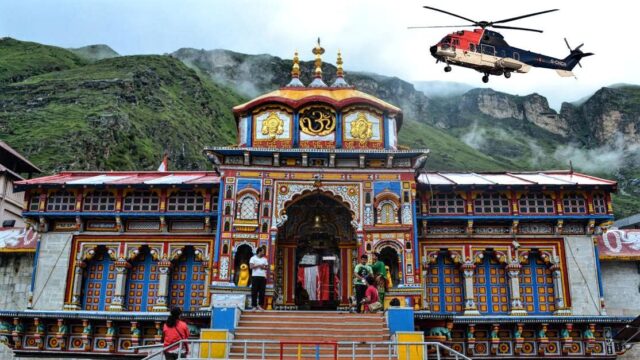 Dehradun: Uttarakhand’s Chief Minister, Harish Rawat proudly rolled out a dedicated Android app named ‘Shubh Badrinath Yatra’ for the convenience of Badrinath Pilgrims. The application is being developed by the district administration of Chamoli that allows pilgrims to access all the important information as they travel between Joshimath and Badrinath.

The Shubh Badrinath Yatra app description states to extend all the necessary information to pilgrims so as to help make their visit to the state happy, pleasant, safe and comfortable.

The Uttarakhand state government has taken care to build this app in such a way that it will alert the pilgrims about alternate routes in case of emergencies such as a landslide or poor weather conditions.

Also, the app promises the pilgrims to bring them closer to the state special pahadi cuisine along with other updates right from Sri Badrinath Ji.

In addition, Garhwal Divisional Commissioner – Chandra Singh Napalchyal said that the Shubh Badrinath Yatra app will work as a guide to pilgrims by helping them locate nearest ATM’s, hotels, toilets, taxi and bus stands alongside a number of other important information. 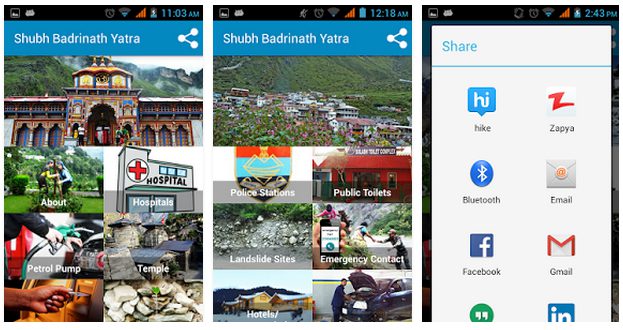 Officials with knowledge of the new app, informed that the application will automatically detect the locations of the app users to direct them on the forward journey from that point.

The Uttarakhand government is closely monitoring the performance of the app and its utility to the pilgrims as it plans to extend the application to cover other routes such as Gangotri, Yamunotri and Kedarnath shrines.

The Shubh Badrinath Yatra app is currently made available on Google Play store.

People, particularly, the tech-savvy visitors, who are travelling to Uttarakhand from various parts of the country have already welcomed the move. The app will do away with the woes of the pilgrims, who had to rely on residents for the accurate information.

The app is expected to boost the number of pilgrims in the state, which witnessed a decline post flash floods in 2013. The year can be termed as successful for the Char Dham Yatra, which is said to be visited by nearly 8,00,000 pilgrims every single year.