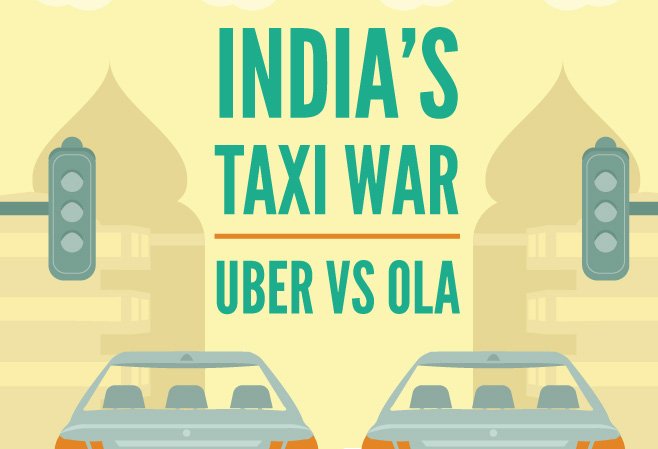 Uber Technologies Inc. has filed a lawsuit in the High Court of Delhi seeking Rs. 49.61 crore million in damages from its Indian rival Ola. The San Francisco based company alleges that Ola has been interfering with its business operations by creating fake accounts and making false bookings.

According to Uber’s lawyer, Ola used fabricated phone numbers which lead to the creation of more than 90,000 Uber accounts. It then made 400,000 false bookings which were eventually cancelled and left the drivers very frustrated. Uber was forced to pay its drivers compensations of every cancellation which resulted in massive losses.

Ola has since denied the allegations and has referred to Uber’s accusations as frivolous and false citing that it does not have any intentions of interfering with Uber’s business or its systems. Ola further argues that Uber’s claims about compensations to its drivers are false because the customer meets the cancellation charges and as such its plea to the court is purely on assumptions. The matter has now come up for hearing on September 14.

In the recent past, the two have been in a tug of war, and the lawsuit only escalates the battle to capture customers in the world’s second-most populous nation. Each of them is seeking to control an individual market share in India.

A statement from Ola says that Uber is in denial of the reality in the current market and that is facing major setbacks. One of them includes the seizing of its vehicles by the government authorities. Nevertheless, Uber refused to comment on anything outside the already filed petition.

But as all this happens, Uber will not relent in seeking more market. It hit the Indian market in September 2013, but it is already carrying out its business operations in more than 25 cities in the country. It is currently trying to embrace the Asian territories but with a keen eye on the Chinese market.  However, Ola, Didi, Lyft and Southeast Asia’s Grab have vowed to fight back Uber’s efforts.