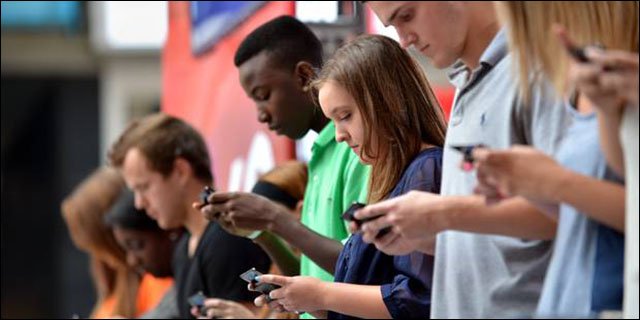 A new study has revealed findings about the character of people who are always checking and rechecking their smartphones frequently. The study outlines that these individuals are more impatient and their inability to control impulses results to the extreme use of their devices.

The study which was carried out by a duo of Psychologists  from Temple University in the US Henry Wilmer and Jason Chein and was aimed at establishing the reasons as to why more people are attached to the mobile devices and technology than others.

The researchers sampled 91 undergraduate students to whom they gave a battery of questionnaires and cognitive tests. They were supposed to indicate how much time they consumed while using their phones for whatever purpose and how often they checked their devices for updates.

And through hypothetical choices between the recent offering of a small amount of money and a larger amount to be received later, their fulfillment for greater numbers was also evaluated. Their ability to control their impulses was also appraised alongside their tendencies to pursue rewarding stimuli.

From all this, researchers have concluded that the people who are frequently checking on their devices are less suitable to delay indulgence. Unlike what many may tend to think and according to Wilmer, a lot of mobile technology habits are more often than not driven by uncontrolled impulses and not the urge to pursue rewards.

There are a lot of useful insights from the findings which analyze the individual difference factors that recount to technology engagements. They are also providing evidence of the linkage between heightened use of portable mobile devices and the have-nots impulse control which leads to delayed rewards.

Apparently, the findings are consistent with the fact that continuous use of smartphones is closely related to impatience and impulsivity, sentiments that are echoed by Chein. With the above findings, it is now easy to relate the reason. And with the growth of technology the use of mobile devices is increasing by the day. As such the study was just timely.