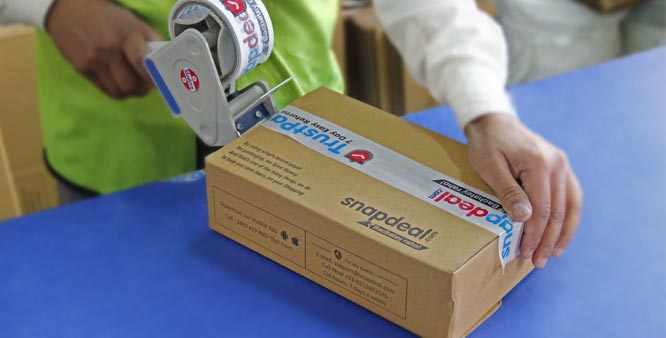 Snapdeal has added another one to its list of acquisitions in the form of TargetingMantra, which is an analytics firm. With over $1.3 billion worth of funds raised from different sources, over the past three years, Snapdeal has been on an acquisition spree. These acquisitions range from logistics solutions to an online fashion store.

These acquisitions look like an attempt to create a self-sustaining ecosystem for the company. This ideology may well have emerged from the success story of E-commerce giants Amazon.

Snapdeal boasts of offering 30 million products from 800 different categories, coming from over 300,000 suppliers across the country. The company currently delivers in 6000 cities and towns in the country but is clearly looking to expand.

Their recent venture into food and hospitality hasn’t seen much success but has the USP of allowing users to search restaurants according to food items. With effective data analysis and management coming from TargetMantra, the venture is quite likely to succeed. This acquisition admittedly is meant to enhance the shopping experience by means of personalisation.

Sticking to the script, Snapdeal has chosen not to inform the public about the amount of money involved in this acquisition, but not much less can be expected after the extravagant $450 million acquisition of freecharge. Contrary to the recent rumours of them having funding issues, they seem to have been doing well in terms of investments.

With the E-commerce bubble continuing to expand in the country, much has been said about its sustainability in this country. Big players like Amazon and Alibaba with pockets deeper than the Mariana Trench are willing to pay their share for a piece of a market of 1.3 billion people. It is the consumers who stand to win, as the giants battle it out.