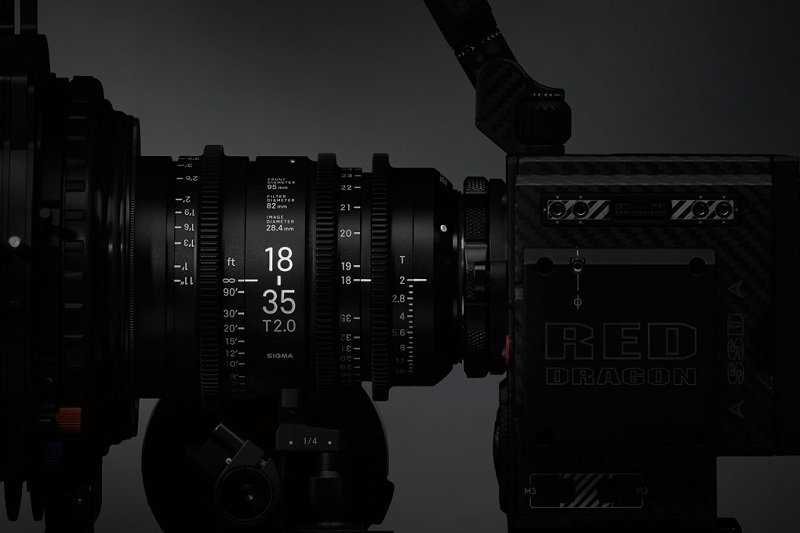 Sigma Corporation has introduced a brand new range of CINE lenses exclusively made for making movies and cinematographers. The new lenses are classified in three different categories – the High Speed Zoom line, the FF Zoom Line, and the FF High-Speed Prime Line. The company has announced a total of eight new lenses to cope up with the growing demand for high-end camera lenses. According to Sigma Corporation, these new lenses offer cinematographers three-fold benefits with value for money, a range of options, along with state-of-the-art technology.

In the first phase, the company plans to release two CINE zoom lenses starting with Japan and the USA for Canon EF and Sony E mount cameras by year end. Following that, there’ll be another CINE zoom lens released along with five CINE prime lenses. Furthermore, Sigma also announced its plans to create additional zoom and prime lenses. Besides, the company also plans to add support for PL mount cameras in the near future.

Let’s take a closer at the specifications for the three zoom and five prime lenses announced so far.

The High Speed Zoom Line gives you a constant aperture of T2 throughout the zoom range and is equipped for high-resolution shooting at 6K-8K.

The FF Zoom Line is compatible with a full-frame image circle and also comes equipped for high-resolution shooting at 6K-8K.

This lineup has five lenses which range from 20mm to  85mm, and all of them are T1.5. Despite the compact form factor, they are compatible with full frame sensors and offer a superior resolution just like any other high-end prime sets.

All the above-mentioned lenses will be weatherproof and feature fluorescent paint marking for easy operation in low-light conditions. Each CINE lens has 180 degrees of focus rotation along with manual linear iris control. Sigma has not yet provided pricing for the new CINE line, though we’ll update you with prices as soon they are announced.