Home News Samsung Z Flip foldable phone to launch on Feb. 11, to be... 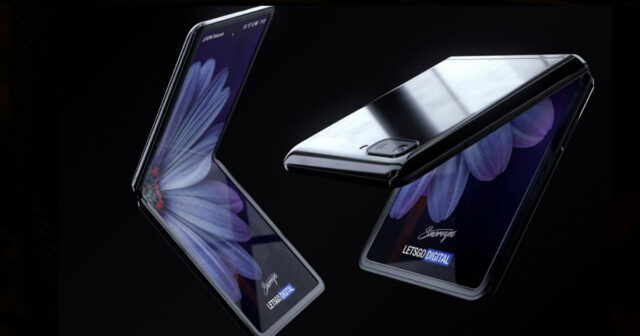 Samsung may have been the first to launch a foldable smartphone in the form of the Galaxy Fold though it was far from being a pleasurable experience for the company. It isn’t giving up though and is known to be working on a new foldable phone named Galaxy Z Flip which experts believe could be priced as low as $860.

That sure would make for an extremely lucrative price for a phone featuring foldable screen technology, which is still fresh in the industry and hence commands a premium. If Samsung is still able to lower the production costs and offer a phone anywhere below $900, you should know that’s going to be a huge development.

Experts have further opined the fully loaded version could retail for about $1295. That too would still be considerably cheaper than the recently launched Motorola Razr that went on to sell for $1500 even though it comes powered by the slightly dated Snapdragon 710 chipset.

In contrast, the new upcoming Galaxy Z Flip is believed to sport the latest specs, which includes the Snapdragon 865 making up the core. The phone is also reported to feature an Ultra Thin Glass (UTG) display instead of the plastic display found on the Galaxy Fold.

The Z Flip recently made it to the 3C certification database in China where it came to be identified by the model number SM-F700, besides also revealing a 15W charger as part of the package. The model number also tallied with previous leaks on the device.

The phone is also rumoured to come with dual cameras on the outside while the selfie camera is going to be of 10 mp resolution. Further, the phone will come with a rather longish 6.7-inch display that will bend horizontally along the middle to end up being a palm sized device. Its not known though if there is going to be a secondary small display to allow users to catch up with the latest notifications in folded state. The Motorola Razr comes with one, as does the Galaxy Fold.

Recent reports also claimed the phone will be capable of recording 8K videos while a 5G version could be readied for launch in South Korea. Samsung had earlier been found to have applied for trademark for the Ultra Thin Glass or UTG in Europe, further intensifying speculation of the material being used on the Z Flip as well.

As for its availability, the new Z Flip is set for a formal launch on February 11 at an event in San Francisco. Expect all details to be revealed during launch. Keep watching.